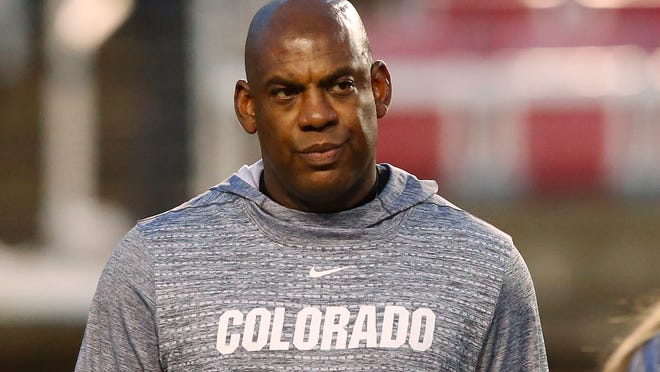 
Many people have taken issue with the way Mel Tucker left the Colorado University and accepted the head coaching job of the Michigan State Spartans.

A Dallas Cowboys legend is one of them.

Drew Pearson, a wide receiver who played in the NFL for 11 seasons – all of them with Dallas – posted a message to his Twitter account Wednesday in which he called Tucker a “con man” after Pearson’s grandson was recruited to the Colorado program.

So I want to beat him up today on social media.

What else can I do?”

Tucker, just four days ago, posted a tweet to his verified account saying he was “flattered to be considered” for the Spartans coaching job, but reiterated that he was “committed” to Colorado.

By late Tuesday night, Tucker had reached an agreement to join Michigan State. According to The Athletic, Michigan State “will more than double” Tucker’s salary that he was earning at Colorado and will devote significant resources to build the program and coaching staff.

Tucker had spent just one season with the Buffaloes and went 5-7.

“We are disappointed to see Coach Tucker leave,” Colorado athletic director Rick George said Wednesday in a statement. “We are excited about the upward trajectory of our football program and we’ll get to work immediately hiring the next head coach to build on our momentum and lead our young men. We’re confident this program is on the verge of competing at the highest level and has the resources and support in place to do so for a long time.”

As for Pearson’s grandson, outside linebacker Toren Pittman, there isn’t much he can do. Pittman signed his letter of intent and is locked into the program for the foreseeable future. He may transfer, but it would ultimately cost him a season of eligibility after choosing his new school. He could petition for a waiver that would allow him to play immediately if he did transfer.

As for Pittman, he simply tweeted: “It is what it is.”

Pearson is a member of the Cowboys Ring of Honor and caught 489 passes for 7,822 yards and 48 touchdowns in his career.