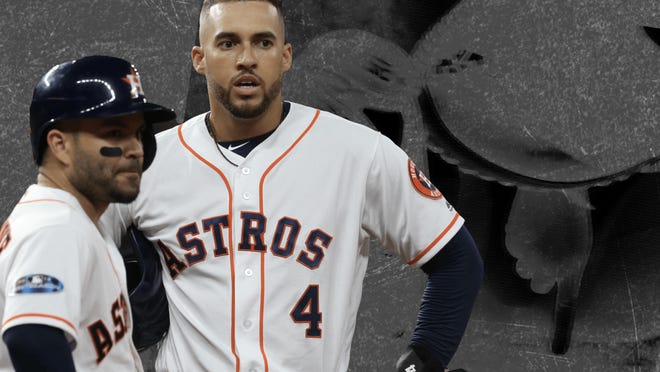 
As pitchers and catchers reported to spring training camps in Arizona and Florida on Wednesday, it should come as no surprise that the Houston Astros’ sign-stealing scandal was a hot topic.

“Somebody in that locker room had to say, ‘This is (expletive) up. We shouldn’t be doing this.'” Heaney said, according to The Athletic’s Fabian Ardaya. “For nobody to stand up and nobody to say we’re cheating other players, that sucks. That’s a (expletive) feeling for everybody. I hope they feel like (expletive).”

Heaney went on to suggest Astros players need to apologize and not “hide behind the commissioner’s report,” which named only one player – the now-retired Carlos Beltran – as a participant in the scheme.

Minnesota Twins utilityman Marwin Gonzalez, a member of the Astros’ World Series-winning team in 2017, did address the sign-stealing issue on Tuesday, saying he was “remorseful for everything that happened.”

Astros owner Jim Crane is expected to discuss the scandal when the team opens its spring training camp in West Palm Beach, Florida, on Thursday.