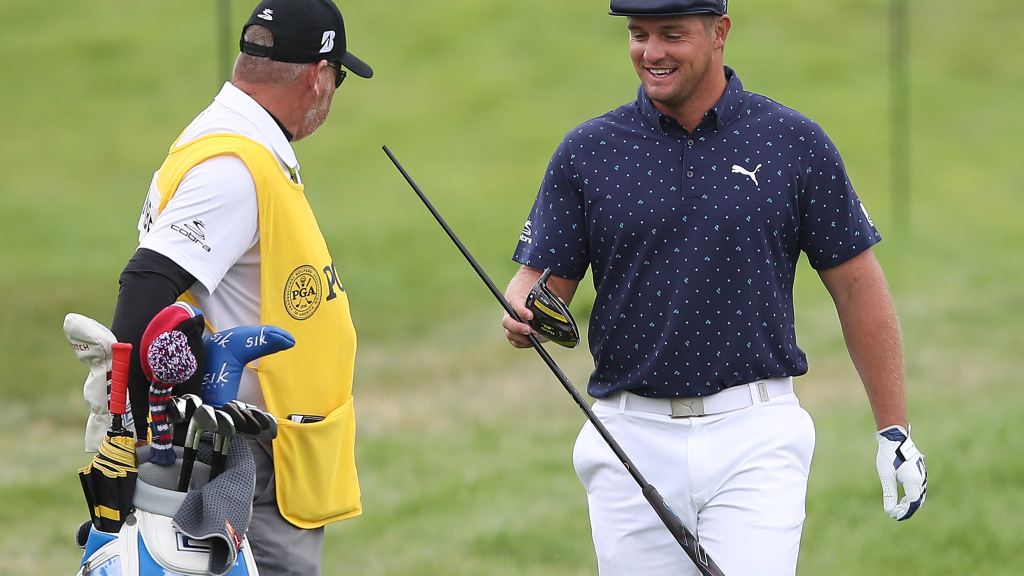 Bryson DeChambeau snaps head off his driver during PGA Championship

As if the setting in San Francisco isn’t surreal enough — no fans, swooping cypress trees, winter golf gear — Bryson DeChambeau stepped in during Thursday’s opening round of the PGA Championship and put his own stamp on the major.

DeChambeau accidentally snapped the head off his driver after a tee shot on the front nine at Harding Park.

It appeared that DeChambeau simply leaned on the shaft and severed the head.

Bryson DeChambeau breaks his driver. Head fell off as he leaned on it to bend over and grab his tee. The man is simply too strong. pic.twitter.com/V6mydZPLVt

DeChambeau, who has been breaking clubhead-speed records, said on the ESPN broadcast, “It was bound to break. I’ve been using it for a long time.”

The incident didn’t seem to impact DeChambeau, who went on to par that hole (no. 7) and rolled in a birdie on No. 9 to make the turn at 32.

He was able to replace the driver.

In 2019, the USGA and the R&A released a clarification of Rule G-9 and a Local Rule, “allowing players to replace a broken or significantly damaged club, except in the case of abuse.”

Under the change, clubs are defined as being “broken or significantly damaged” if specific criteria are met, like if the shaft breaks into pieces or splinters, the face or clubhead deforms, the grip is loose or the clubhead detaches or loosens from the shaft.

I’m a little baffled at some of the commentary this evening I must say. With regards to Bryson, just continuous entertainment! I love it.

Brooks Koepka shoots 66, one back in quest for PGA Championship three-peat