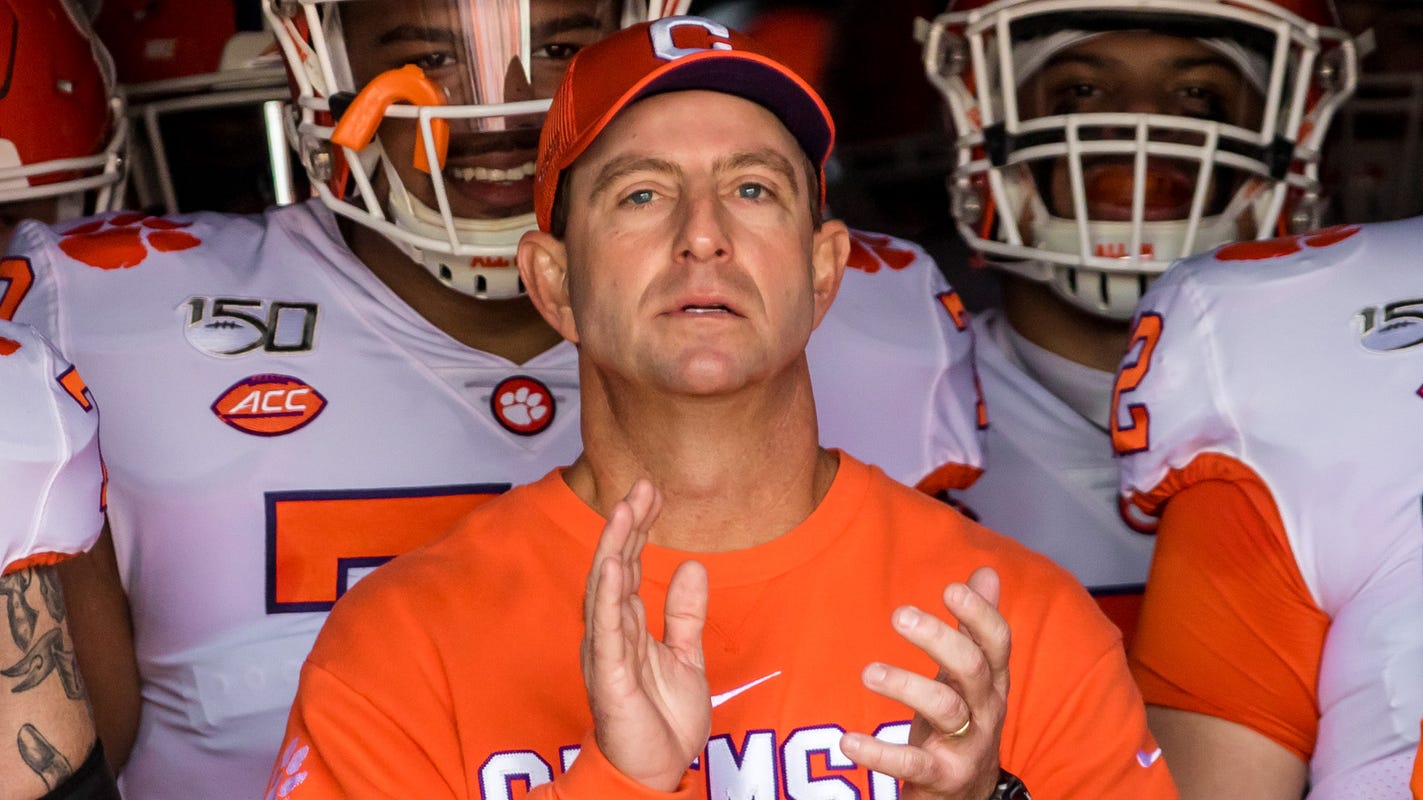 For the first time in the modern history of the Amway Coaches Poll, teams will have to deal with two opponents every week in order to keep their ranking. And only one of them will be on the field.

The great challenge for voters this season, to whatever extent a season is possible in 2020, will be producing a poll every week that both rewards the programs that are playing the best football while also acknowledging that teams are also going to be in a fight against COVID-19 that may not be winnable every week.

In a normal year, evaluating teams for the Amway Coaches Poll is a fairly straightforward assignment. Coaches might have different systems than others for evaluating teams, put different priorities on elements like margin of victory or strength of schedule, but the basics are generally the same. Teams that win will rise through the rankings, teams that lose will usually be penalized.

More: Opinion: Athletes are paying attention, don’t like what they hear in push to start college football

Clemson coach Dabo Swinney will start the season No. 1 but faces unique challenges this season, as do all FBS teams,. (Photo: Jeff Blake, USA TODAY Sports)

But is that really going to be fair during a season in which everyone involved in the sport expects coronavirus disruptions ranging from canceled games to quarantining significant players due to positive tests or contact tracing? How do you account for a team that shows up to play but, for example, is missing most of its wide receivers or first-string offensive line?

As teams ease back into practice with the scheduled start of the season now less than a month away for some conferences, nobody is really sure how any of this will look or play out. Guidance from the NCAA and the Power Five conferences on COVID-19 testing and contact tracing procedures suggest that anyone who comes into close contact with someone who has the coronavirus must quarantine for 14 days. That means coaches will be holding their breath on every testing day knowing that one positive test could rule entire position groups out of the following week’s game.

Dealing with that constant uncertainty of who’s going to be available and the inevitability of teams needing to adjust their lineups in significant ways due to positive tests makes for one of the most challenging seasons any coach or player will ever experience. But it also means poll voters could be required to take more than just wins and losses into account when formulating their rankings.

As the years ago by and voters become more sophisticated about things like advanced statistics and strength of schedule, we’ve seen more willingness to consider extenuating circumstances like injuries when evaluating a team’s true quality. A competitive loss to a high-quality opponent isn’t necessarily going to send someone tumbling down the poll, especially if a key player or two was out with an injury.

But COVID-19 isn’t going to be anything like an injury bug. If schools are heeding the protocols they’ve been given, you could have players who seem to be perfectly healthy not be allowed on the field because they showed up in the contact tracing of a positive case.

What if that’s the star quarterback? What if it’s an entire starting offensive line that practiced together all week and suddenly a team has zero depth at that position? How do you evaluate a highly-ranked team that loses with a dozen players sitting out, but you know most of them are likely to be back for the next game?

Frankly, a lot of results this season seem likely to come down to COVID-19 luck. So how voters handle those situations from week to week will make for perhaps the most fascinating poll arguments in the Internet era. Don’t expect consistency, and don’t expect every voter to give a free pass to teams that lose because they’re short on personnel. At the end of the day, this is still college football — a sport that historically rewards the teams with the fewest losses.

But it is still a big responsibility that the coaches have to take it seriously and get it right. Even in the College Football Playoff era, where a committee will choose the teams who play for a national title, the polls can still set the narrative and influence thinking.

“I think it’s very important in the process of crowning a national title and who goes into the playoffs,” former Ohio State and Florida coach Urban Meyer said this week on the debut of the Inside the Amway Coaches Poll podcast from USA TODAY Sports. “There are people on (the committee) that, I don’t want to say don’t understand the game of football, but there’s some that don’t understand the game of football. They never played it, never coached it. Whether you’re an athletic director or commissioner of a conference, all due respect, I’d say they’re going to listen to people who, that’s their life. So I believe and expect that they’d listen and say, why does that coach have this school ranked this high?”

The why is always the most important part, but this year it might not be clear-cut from week to week as teams try to keep as many of their players on the field as possible. The preseason poll looks fairly normal, as if it came from a world before COVID-19. But starting now, which teams can avoid coronavirus outbreaks could be the biggest factor in who finishes on top.