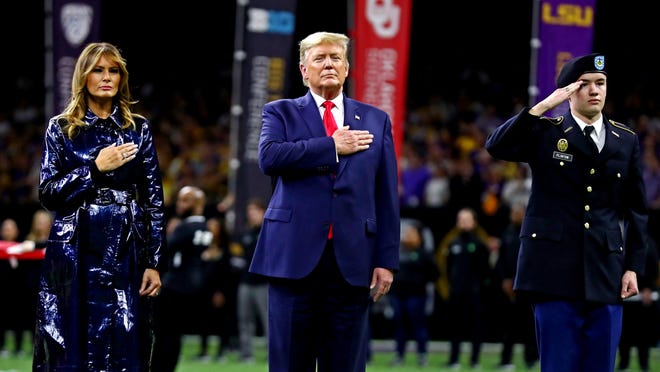 
DAYTONA BEACH, Fla. — Daytona 500 may get a visit from President Donald Trump on Sunday, an official said.

Air traffic controllers at Daytona Beach International Airport said that Trump might be flying in to the Daytona 500, and if Trump did, air traffic in the area would be affecte, said John Eiff, who is the airport manager at DeLand, Florida.

If Trump does fly in for the Daytona 500, it would ground all the planes at DeLand Municipal Airport, because all planes in the area would have to be under direct control of air traffic control, Eiff said.

He said most of the planes flying out of the DeLand Municipal Airport are recreational and are not under the direct control of air traffic controllers.