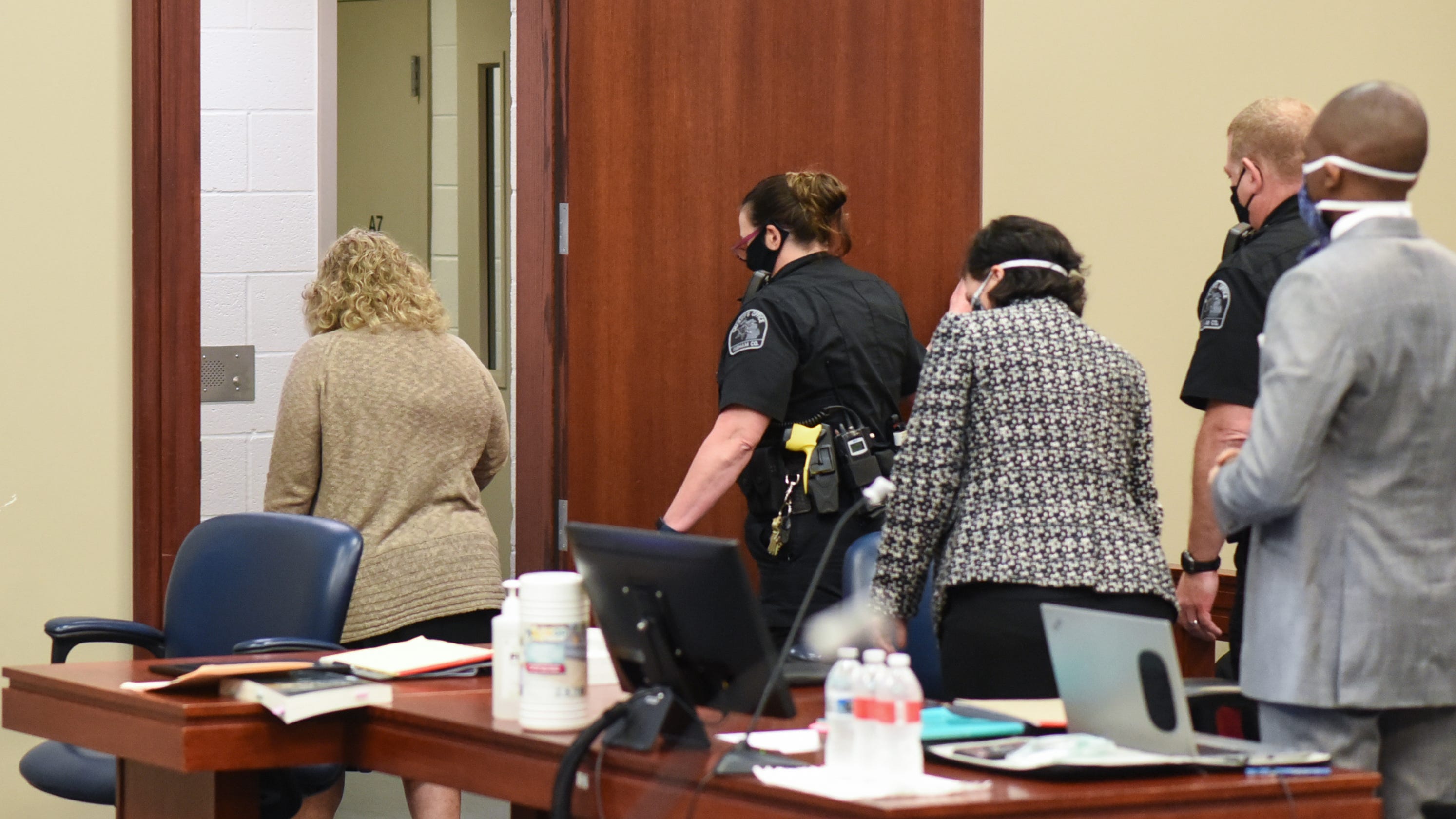 Klages, who was convicted in February, faced up to four years in prison under statute and up to 17 months under sentencing guidelines.

Ingham County Circuit Court Judge Joyce Draganchuk sentenced her to 90 days in jail and 18 months probation after hearing victim impact statements from two women who said they told her about Larry Nassar’s abuse more than 20 years ago. Klages, 65, will get credit for one day served.

Draganchuk said while lying to police rarely results in a sentence with confinement, Klages’ actions not only derailed an investigation, but also retraumatized two victims of sexual assault.

Former MSU gymnastics coach Kathie Klages, left, is led into custody Tuesday, Aug. 4, 2020, after being sentenced in Judge Joyce Draganchuk’s courtroom in Lansing, Mich. Klages was found guilty of two charges of lying to police about her knowledge of Larry Nassar’s abuse in 1997. Draganchuk sentenced her to 90 days in jail with credit for one day served. [AP Photo/Matthew Dae Smith via Lansing State Journal] (Photo: Matthew Dae Smith/Lansing State Journal)

“That emotional impact is far greater and far more serious than the thwarting of a police investigation,” Draganchuk said.

The two women testified Tuesday morning that Klages’ actions over the past two decades have caused more than harm.

One of the gymnasts, who has asked to remain anonymous, said she trusted Klages to protect her.

“She questioned me like I was already in trouble and instead of offering me advice or protection, she offered me a cold answer,” the former gymnast testified during her victim impact statement. “That answer caused devastation on my entire life.”

Larissa Boyce, the other gymnast, said the process of reliving that moment over and over again and being called a liar multiple times caused an “indescribable amount of pain” but she did it because it was the right thing to do.

She added she hoped Klages would have done the right thing, too.

“I truly had prayed and hoped that Kathie would own up to her mistake of believing a pedophile over two children 23 years ago, but that did not happen,” Boyce said.

Klages apologized during the hearing but reiterated that she doesn’t remember the conversation taking place. Speaking through tears, she said she can’t express how much sorrow she feels for the two gymnasts and hundreds of others who were abused and that Nassar had her and several others “completely fooled.”

Mary Chartier, one of Klages’ defense attorneys, maintained her client’s innocence throughout and after the sentencing.

“I think an innocent woman was sentenced to jail today,” she told reporters after the hearing. “She’s a strong woman. She’ll certainly be able to survive this.”