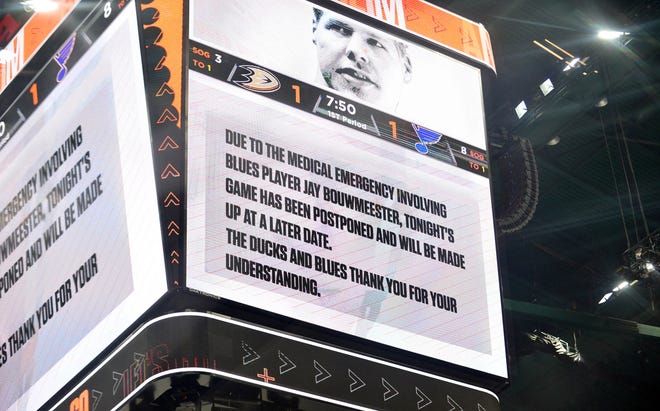 His teammates immediately called for help and paramedics rushed to him.

The game against the Anaheim Ducks, which was tied 1-1 with 7:50 left in the first period, was delayed as the defenseman was treated and concerned players gathered at center ice. They eventually were sent to their dressing rooms.

The Ducks announced later that the game was called off.

“Due to the medical emergency involving Blues defenseman Jay Bouwmeester, tonight’s game will be postponed and made up at a later date,” the team tweeted.

The Ducks television station showed Bouwmeester’s last shift before the incident and there was no contact with any player and no sign of any trouble.

He apparently collapsed soon after returning to the bench.