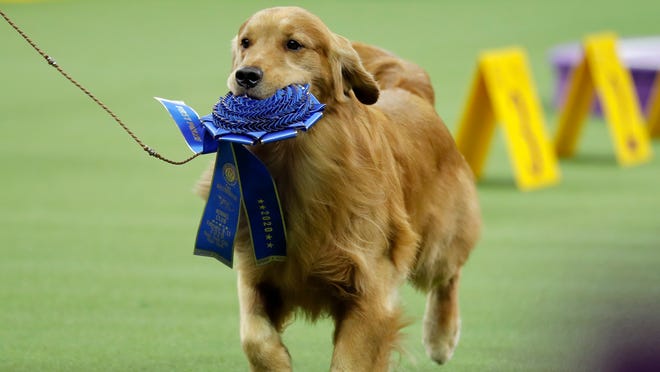 Bourbon the Whippet was the runner-up.

Despite the breed’s strong track record of success, the win can be viewed as an upset. For one, the Poodle was in competition with breeds, groups and specific dogs with a longer history of success at Westminster and beyond, including Bono, pegged by Dog News Magazine as the top-ranked dog in competition.

Bono was the runner-up a year ago, losing to King the Wire Fox Terrier, and finished second to Thor the Bulldog at the National Dog Show over Thanksgiving. A furry, long-haired 3-year-old named after the U2 frontman, Bono was the favorite after coming out of the toy group to once again reach the Best in Show stage of competition.

There was Bourbon, the second-ranked dog at Westminster and winner of several Best in Show events in the weeks leading into competition. There was the overwhelming crowd favorite in Daniel, who represented a breed enormously popular with the everyday dog owner — the Golden Retriever is America’s third-most popular breed, according to the American Kennel Club — and, as a breed that has never won at Westminster, was this year’s Cinderella.

And Siba was also competing against history, and specifically against a terrier group that has been the dominant force in Westminster history. Beginning with Warren Remedy, who won the first competition in 1907 and remains the only three-time champion, dogs from the group have accounted for 47 wins, with 15 coming from the Wire Fox Terrier breed alone.