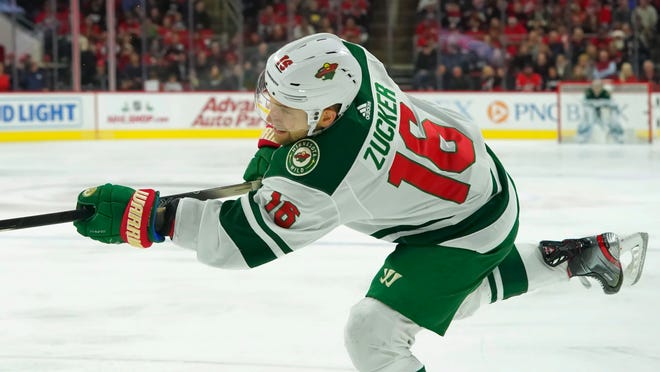 
The danger of hockey skates became clear again Tuesday night in the NHL.

Detroit Red Wings forward Brendan Perlini had to leave the game after catching a skate in the face, and New York Islanders forward Casey Cizikas appeared to have his leg cut by an opponent’s skate.

Perlini and Buffalo’s Henri Jokiharju both fell to the ice during the first period and the Sabres defenseman’s skate came up and hit Perlini in the nose. The Red Wings player stayed on the ice for several minutes before going to the dressing room while holding a towel to his face.

The Red Wings said Perlini suffered a deep laceration to his nose and was getting stitches. His return was questionable.

Cizikas got tangled up with Philadelphia Flyers defenseman Ivan Provorov, whose skate appeared to come up and hit the Islanders player in the left leg. Cizikas tried to crawl off the ice and wasn’t able to put weight on his leg as he was helped to the dressing room.

The Islanders said he had a lower-body injury and would not return to the game.

If Cizikas was cut by a skate, he would be the second Islanders player this season to experience t. Cal Clutterbuck needed surgery after being cut on the wrist in December by the skate of Boston Bruins forward Patrice Bergeron.