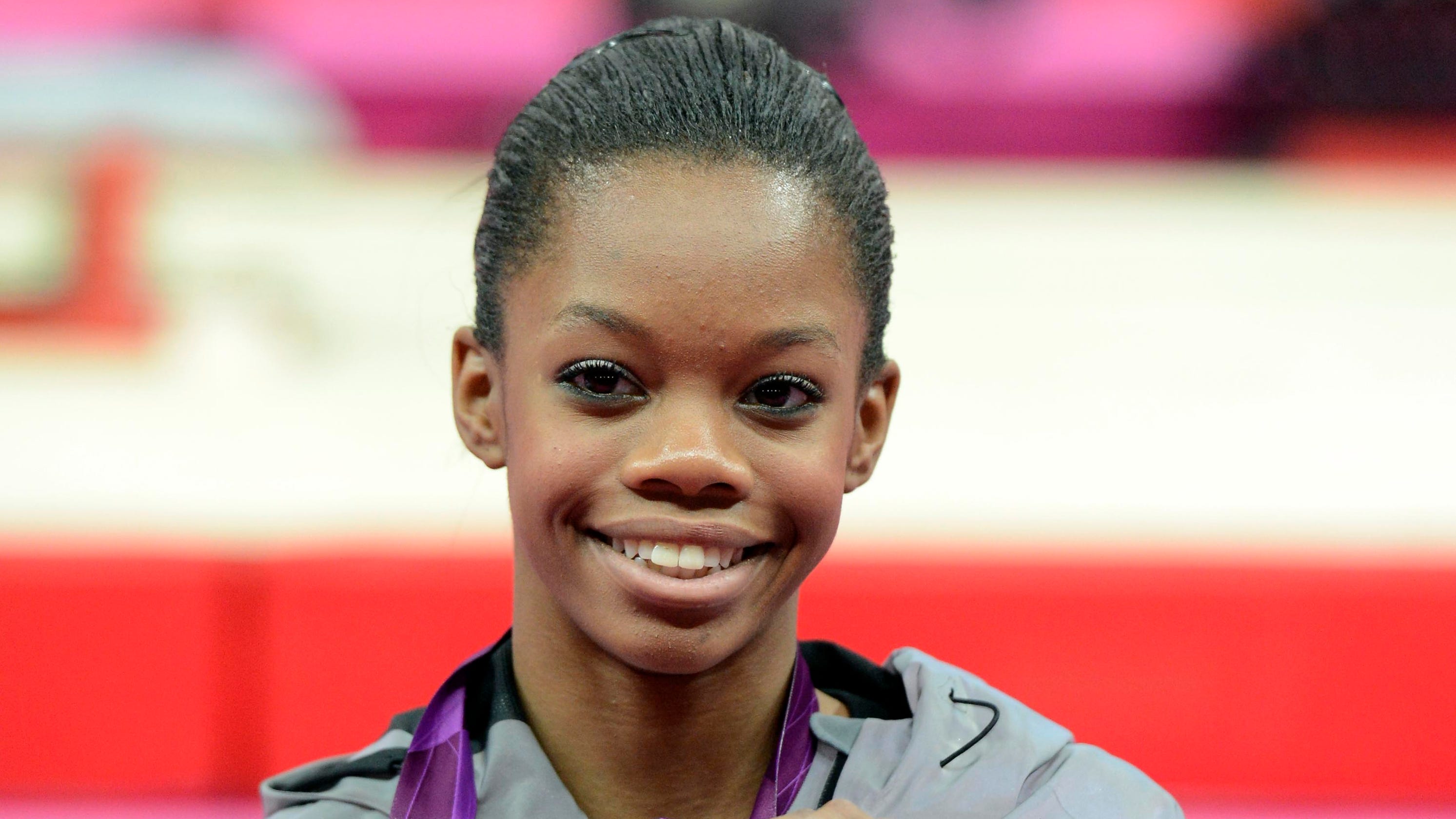 Standing on the medal podium on August 2, 2012, Gabrielle Douglas made history in more ways than one.

Douglas, who grew up in Virginia Beach, also broke a major barrier, becoming the first woman of color of any nationality to win a gold medal in the event.

Along with Jordyn Wieber, Aly Raisman, McKayla Maroney and Kyla Ross, Douglas had also won gold in the team event two days before. The “Fierce Five,” as they dubbed themselves, was the first American team to win gold since the “Magnificent Seven” in 1996.

In 2012, Gabrielle Douglas became the first woman of color to win gold in the women’s individual all around. (Photo: Robert Deutsch-USA TODAY Sports)

Dominique Dawes was a key member of the Magnificent Seven, and she laid down the marker for Douglas when she became the first Black athlete of any nationality or gender to win an Olympic-gold-medal in artistic gymnastics and the the first African American woman to win an individual Olympic medal (bronze in the floor exercise).

But Douglas did Dawes and every other American gymnast that came before her one better in 2012, becoming the first American woman to win gold in the team and individual all-around at the same Olympics.

Douglas’ teammate Wieber was the reigning all-around World champion and the gold-medal favorite in the leadup to the Games, but Douglas beat her both in the Olympic trials and in qualifications in London. Wieber, who qualified fourth, did not make the final because of a rule that limited each country to only two competitors in the all-around. (Raisman and Douglas had finished second and third in qualifications, respectively, leaving Wieber the odd woman out.)

The all-around contest went down to the wire between Douglas and Komova. Thanks to qualifying in first place, Komova was the last to go, but despite a clean routine, her score wasn’t high enough to surpass Douglas.

“It was a little bit of a heart-race,” Douglas said on the broadcast.

In a lasting image of the Games, Komova walked off crying into her coach’s arms while Douglas waved to the crowd.

Douglas’ all-around gold was a major stepping stone for Black women in gymnastics and paved the way for Simone Biles, who dominated the gymnastics competition in Rio de Janeiro four years later.

In 2016, Douglas once again made the U.S. team and won a second consecutive team gold along with Biles, who also took the individual all-around title, won golds on the vault and floor exercise and bronze on the balance beam.

In 2013, Douglas donated several items she had used in London — including her uneven bar grips and wrist tape, her credentials and the tickets her mom used — to the National Museum of African American History and Culture in Washington, where visitors of all backgrounds could admire her historic accomplishments for years to come.