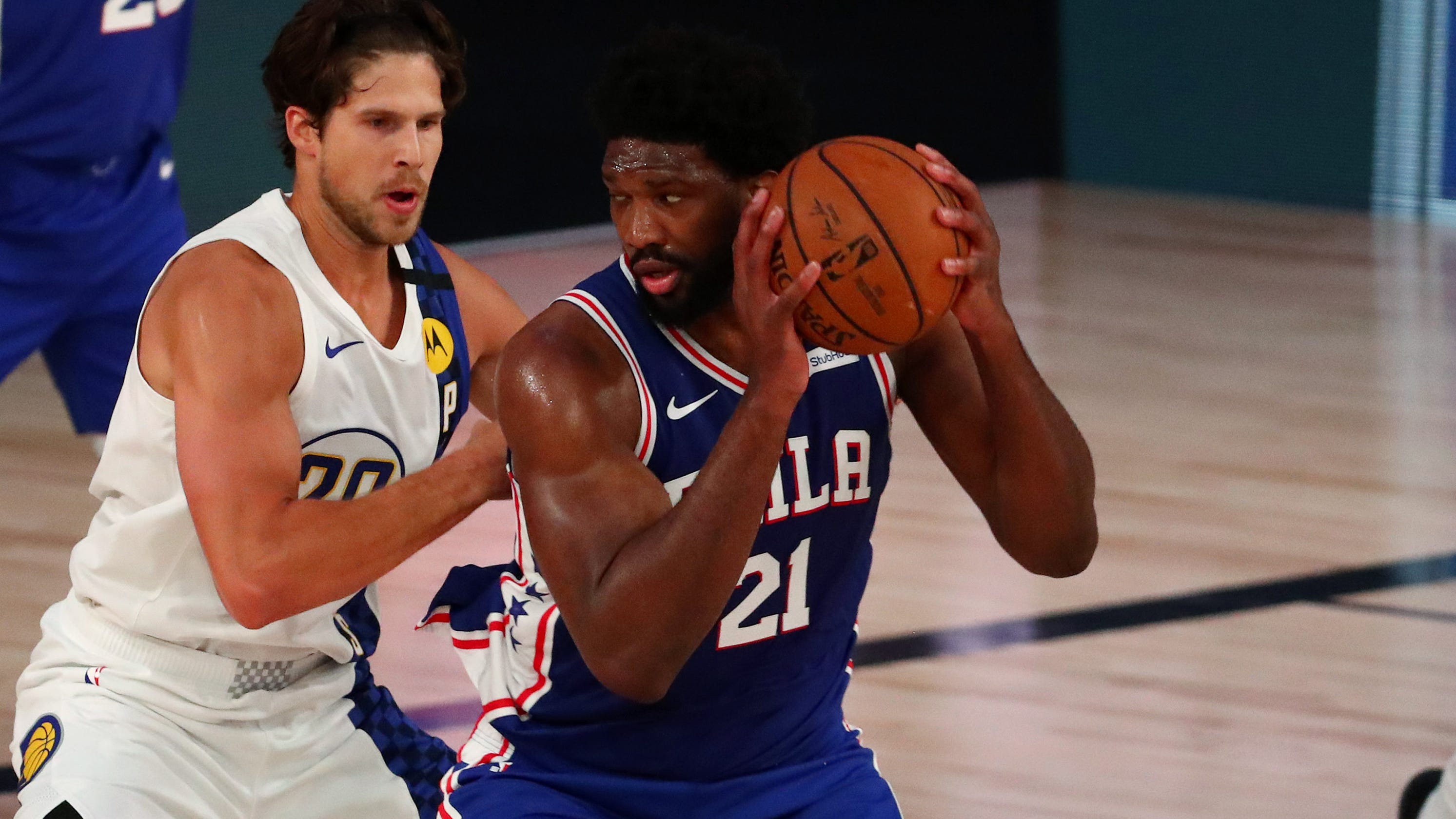 The first two days of the NBA’s restarted season tipped off Thursday and Friday, with two overtime thrillers highlighting the second night of action.

What did Day 3 have in store for NBA fans? There were five games on tap, and Miami defeated short-handed Denver 125-105 in the first game of the day. The Nuggets played without three starters and are in danger of losing control of third place in the Western Conference.The Oklahoma City Thunder took care of the Utah Jazz 110-94.

The Los Angeles Clippers made a franchise-record 25 three-pointers in their easy 126-103 victory against New Orleans.

The Indiana Pacers handled the Philadelphia 76ers 127-121, and the Toronto Raptors topped the Los Angeles Lakers 107-92 to cap the day. Don’t sleep on the Raptors.

Remember, playoff spots and seeding are on the line in the final stretch, no matter how much it feels like the beginning of a season.

Keep it here for updates throughout the day and into the night from Jeff Zillgitt, Mark Medina — on the ground at Disney — and the USA TODAY Sports NBA team, including analysis, news and highlights:

POPOVICH:Spurs defend coach for not kneeling during national anthem

EASTERN PREVIEW:Do the Celtics have the talent to beat the Bucks?

Toronto guard Kyle Lowry was the star against the Lakers. He had 33 points, 14 rebounds and six assists and showed why the Raptors remain a championship contender even without Kawhi Leonard.

Indiana’s T.J. Warren scored a career-high 53 points, the first 50-point game of the restart. He had 29 in the first half and helped negate Philadelphia center Joel Embiid’s 41-point, 21-rebound performance. If the Pacers can play like that, count them as another team that can outperform its seed.

Oklahoma City guard Chris Paul proved why he is still an All-NBA caliber point guard. He had 18 points, seven assists, seven rebounds and the Thunder outscored Utah by 27 points while he was on the court. He just dominated the game, and the Thunder are another team that could surprise teams in the playoffs.

Paul George had 28 points and made 8-of-11 three-pointers for the Clippers, and teammate Kawhi had 24 points, six rebounds and five assists. Leonard had 18 points in the first half, and George had 15 in the second half.

The Philadelphia 76ers are a trendy sleeper pick to make a deep playoff run, but their first game of the restart got off to a rocky start against the Indiana Pacers.

After the Sixers jumped out to a quick 14-7 lead, the Pacers responded with a 17-0 run to take control. Indiana led 35-29 at the end of the first quarter when tempers appeared to boil over a bit on the Sixers bench.

Joel Embiid and Shake Milton were seen exchanging some heated words during the timeout. Matisse Thybulle had to hold Milton back from engaging Embiid after some initial shouting.

Joel Embiid and Shake Milton exchanging some heated words at the end of the first quarter 😬 (via @gifdsports)
pic.twitter.com/fCm6r839cR

The Pacers took a 61-55 lead into halftime, but the Sixers rallied to take a 10-point lead early in the fourth quarter. T.J. Warren then rallied Indiana down the stretch and finished with a career-high 53 points in the Pacers’ 127-121 victory.

Embiid finished with 41 points and 21 rebounds and downplayed the exchange with Milton after the game.

“It’s basketball,” Embiid said. “Everybody makes mistakes, it happens. We have to come in and get better. We discussed what’s going on and we move on and find a solution. It’s nothing.”

Embiid is key to the Sixers’ playoff hopes after he missed the final two scrimmages with a sore right calf for “precautionary” reasons. Indiana and Philadelphia entered the restart tied for fifth in the Eastern Conference, with the Pacers holding the head-to-head tiebreaker.

In a statement Friday, Rep. Sean Roberts (R-Hominy) threatened to pull tax benefits for the Oklahoma City Thunder if players were to kneel during the national anthem before Saturday’s game.

The Thunder played their first game of the restarted season against the Utah Jazz in Lake Buena Vista, Florida. During the national anthem, every Thunder player, coach and staff member on the sideline kneeled.

In the statement, Roberts equated the Black Lives Matter movement to “Marxism” and said it tried to “destroy nuclear families.”

Oladipo will play in the bubble

Indiana Pacers guard Victor Oladipo didn’t want to risk re-injuring his ruptured quad tendon so he indicated earlier this summer he would not be part of the NBA’s restart.

However, after multiple practices and feeling more comfortable, Oladipo will play for the Pacers and play no more than 30 minutes against Philadelphia Saturday. As recently as Friday, he had not committed to playing. He finished with 15 points and seven rebounds in the Pacers’ victory against the Sixers.

McMillan on Oladipo: “He is in the lineup. He’ll be starting tonight. He’s playing and ready to go…. There is a minute restriction. We want to keep them around 28, no more than 30 minutes tonight. ” #PacersSixers

Stand or kneel for anthem?

Miami’s Meyers Leonard, whose brother Bailey is a Marine and served at least two tours in Afghanistan, stood for the national anthem but wore a Black Lives Matter T-shirt.

“Some of the conversations I’ve had over the past three days, quite literally, have been the most difficult,” Leonard told The Associated Press. “I am with the Black Lives Matter movement, and I love and support the military and my brother and the people who have fought to defend our rights in this country.”

Heat coach Erik Spoelstra said the team understood and respected Leonard’s reasoning after having “a great team meeting about it where everybody expresses their support for him.”

In 2 now-deleted posts last night, Michael Porter Jr. supported Jonathan Isaac’s decision not to kneel for the national anthem. This is important because Michael Malone reiterated to his players that the decision is a personal choice and they’d have support of org. either way. pic.twitter.com/D7y4UM6ii1

Not everyone is kneeling, including Spurs coach Gregg Popovich and Spurs assistant coach Becky Hammon.

Miami All-Star Jimmy Butler wanted to leave the back of his jersey blank even though that wasn’t an approved option for players wishing to put a message on the back of their jerseys.

Butler tried to start Saturday’s game against Denver with no message or name listed on his jersey, but league officials made him change into a jersey that had his name on it.

I don’t know. I don’t care. I didn’t have a name on the back of the start. But I decided to change because my teammates probably need me tonight.

Butler wanted a blank jersey to be a representation that society gives him name value because of his ability on the basketball court but without the jersey he is a representation of every person who looks like him and until everyone has equal value, no one does.

“Displaying no name or message on the back of a player’s jersey was not an option among the social justice messages agreed upon by the Players Association and the NBA as modifications to the rules regarding uniforms,” an NBA spokesperson said in a statement. “Per league rules, the uniform may not be otherwise altered and anyone wearing an altered jersey will not be permitted to enter the game.”