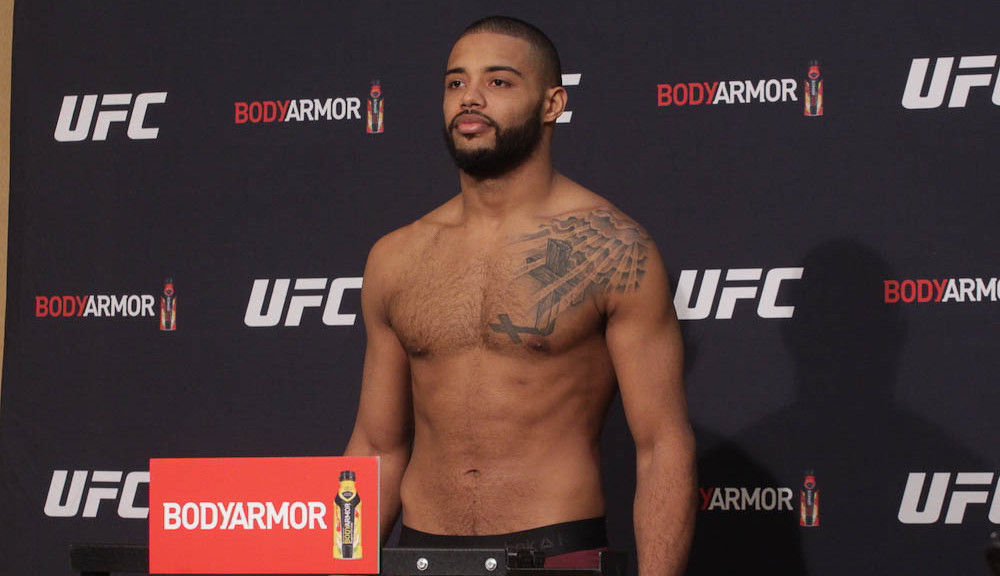 
The phrase “last-minute fight fallout” is thrown around a lot when bouts are canceled near fight night, but it was literal at UFC on ESPN+ 31.

Just moments before the main-card opener at the UFC Apex in Las Vegas on Saturday night was scheduled to go down, Trevin Giles fainted before making his walk to the octagon. This forced the Nevada Athletic Commission to cancel his middleweight matchup against Kevin Holland due to precautionary reasons.

The news was announced during the UFC broadcast.

Giles (12-2 MMA, 3-2 UFC) was shown on the broadcast sitting on his own power. He wanted to fight against Holland (17-5 MMA, 4-2 UFC), but the NAC didn’t allow the bout to go ahead. No further details on the situation were revealed.

Below was the UFC’s announcement on the cancellation:

Meanwhile, Kevin Iole of Yahoo Sports reported the UFC attempted to make a makeshift bout between Holland and Ed Herman, who had his scheduled fight with Gerald Meerschaert fall out earlier in the day when the latter tested positive for COVID-19. However, Herman got the first flight out of Vegas after his fight dropped out, which ended that possible scenario.

Holland, meanwhile, cast some doubt on Giles’ withdrawal in an interview with reporters, including MMA Junkie.

“In the back of my head, I’m honestly believing that he held his breath until he passed out, so that way, he didn’t get the smackdown,” Holland said.