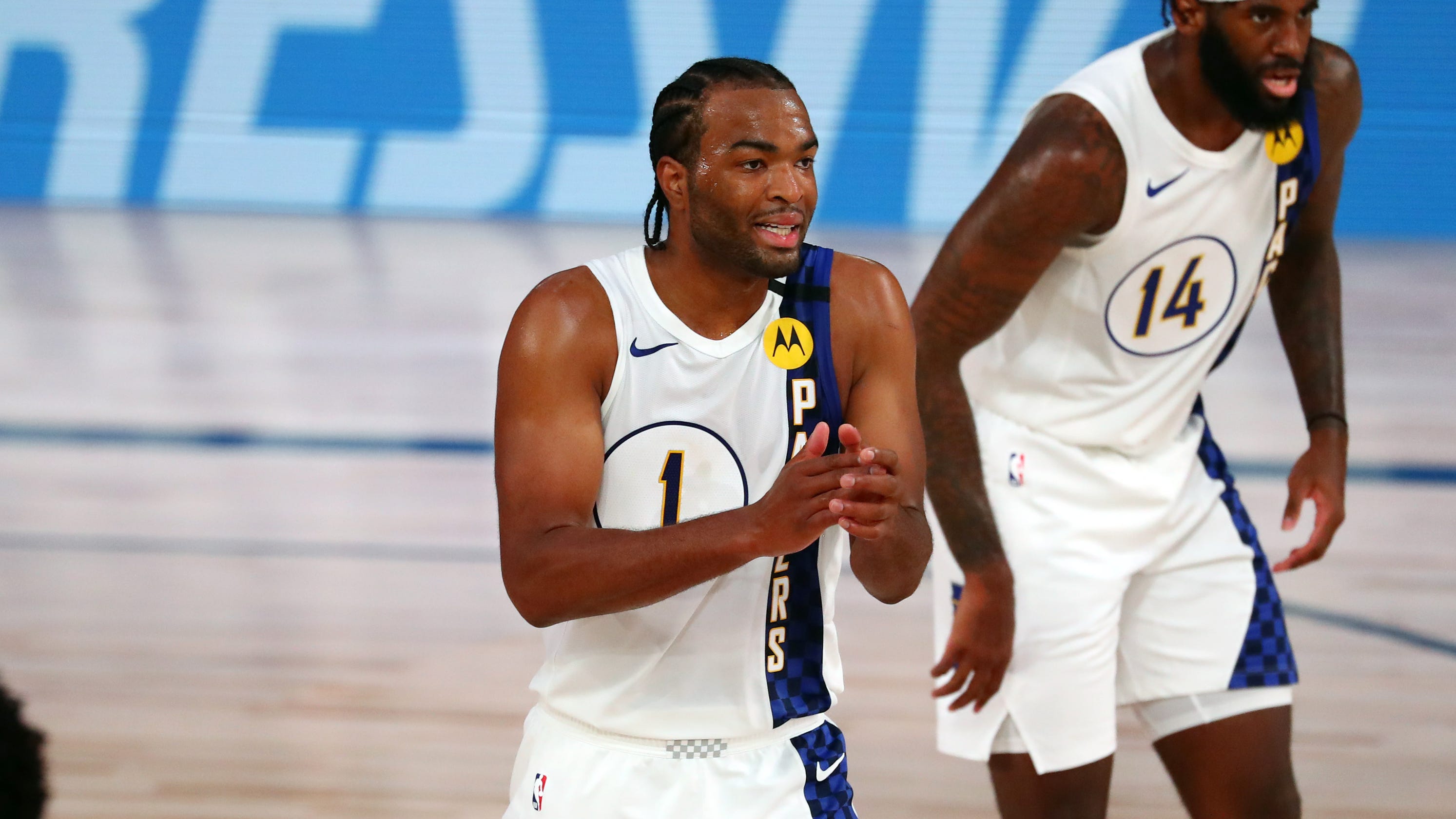 A four-plus month layoff. The starting point guard out. The only starting big in major foul trouble early. It was a typical night at the office for the Indiana Pacers in their first game Saturday as their season restarted at the bubble in Orlando.

They pulled out the 127-121 victory against the Philadelphia 76ers to win the season series and get the upper hand in race for Eastern Conference seeding. T.J. Warren set a career-high with 53 points on 20-of-29 shooting, including 9-of-12 from 3-point range. His season-high was 36. His previous career-high was 40 with the Phoenix Suns. Only Reggie Miller (57) and Jermaine O’Neal (55) have scored more in an NBA game for the Pacers.

Malcolm Brogdon (neck) missed his 18th game as coach Nate McMillan had to roll out a starting lineup he’d never used before. Aaron Holiday, Victor Oladipo, Warren, Justin Holiday and Myles Turner played together twice during the season for less than a minute.

“Malcolm had an injury in our last (scrimmage) against the Spurs. Got hit across his neck,” McMillan said before tip-off. “His neck stiffened up the last two days. He tried to go through shootaround this morning and just couldn’t turn and didn’t feel he was able to play tonight.”

The Pacers (40-26) were forced to used a lineup they’d never anticipated after three scrimmages. And they overcame the tremendous size advantage of Philadelphia, which was led by Joel Embiid (41 points, 21 rebounds), Tobias Harris (30 points, eight rebounds) and Ben Simmons (19 points, 13 rebounds).

— The Pacers played quicker, disrupting entry passes in the post to Simmons and Al Horford by helping the undersized Justin Holiday and McDermott. The deflections led to Indiana getting out in transition and attempting 13 more shots in the first half en route to 61-55 lead. The Sixers, who at times went without a true point guard with Simmons playing power forward on offense, had 14 turnovers.

— If not for JaKarr Sampson, the game might’ve been a blowout in the first quarter. A 6-7 forward, Sampson is the primary backup for Turner and matched up with Embiid. He held his own. While he passed up shots at times that were there for him, Sampson’s rebounding and energy got the Pacers in the open court, which led to open shots. Turner picked up his first foul in just seconds. He had three fouls in eight minutes and had to go to the bench early. Turner picked up his fourth foul at 10:20 of the third quarter against Embiid, who was about 16 feet from the rim.

— Getting up 3s is a key indicator to how quickly the Pacers are playing, especially being undersized. They shoot the fewest 3s in the league — 27.5 per game — but were 6-of-17 in the first half. Warren was 4-of-5. They finished the game 14-of-34, including Warren’s dagger with a three-point lead in the waning seconds to make it a two-possession game.

TJ Warren seals the Pacers win with the absurd 3, his 9th of the game

— Oladipo filled in the gaps around Warren’s offensive outburst. His help defense was key, but Oladipo attacked the rim late in the first half to get to the foul line and knocked down a deep 3 late in the shot clock. The Pacers used a lot of zone in the second half to slow down Philadelphia, which didn’t shoot well outside the paint.