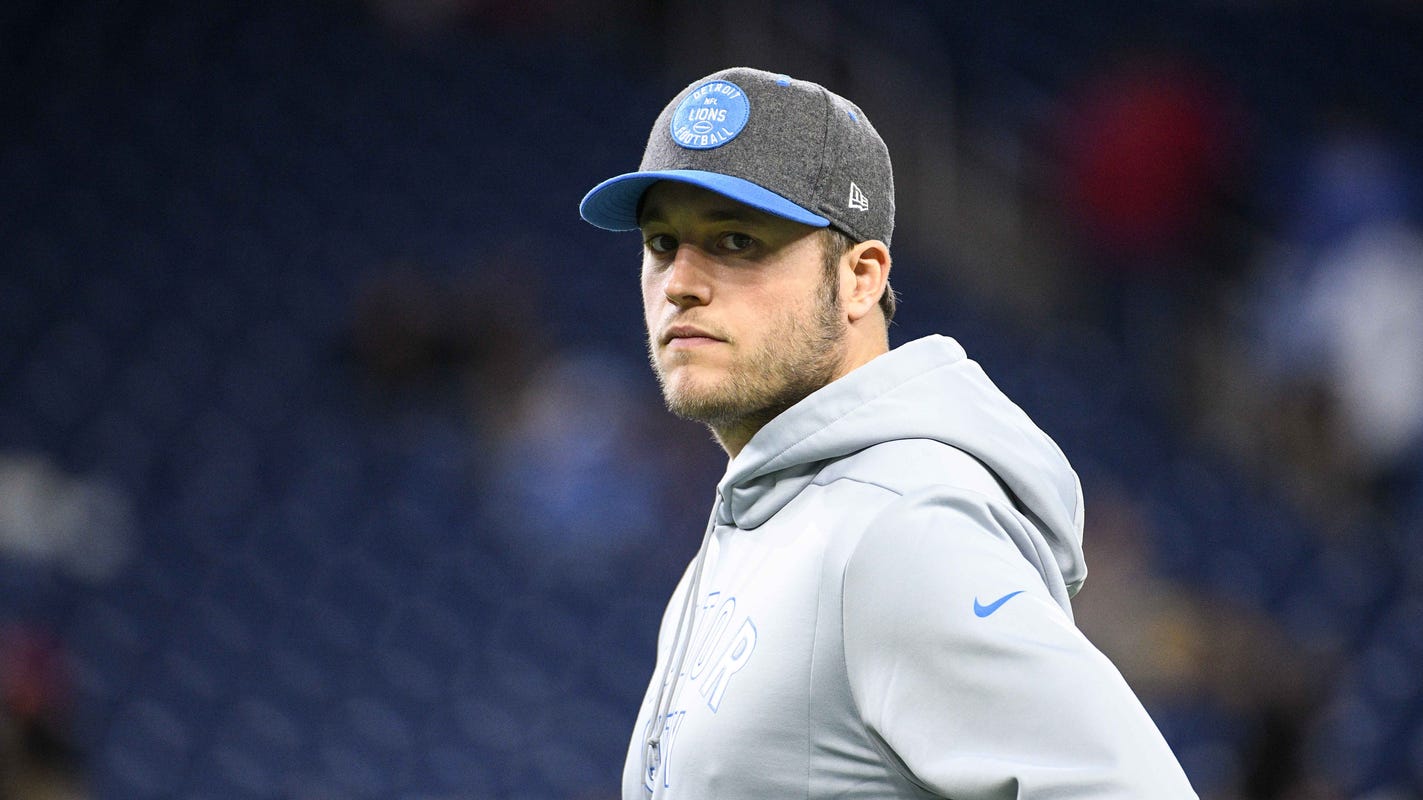 USA TODAY Sports’ Jarrett Bell breaks down various potential contingencies as the NFL tries to play during a pandemic.

The Detroit Lions placed quarterback Matthew Stafford on the reserve/COVID-19 list Saturday, meaning he either tested positive for the novel coronavirus on Friday or was around someone who had.

Stafford is the biggest-name player in the NFL to go on the list during the first five days of training camp.

Lions players, including Stafford, reported to camp Tuesday and took their first COVID-19 test, a nasal swab in a trailer outside of their Allen Park practice facility. They returned for another round of COVID-19 tests on Wednesday and again on Friday and Saturday. Players who passed all three tests were allowed in the building for the first time to take physicals and begin gathering equipment.

After emerging from the trailer Tuesday, Stafford pumped a squirt of sanitizer into his hand at the check-out table.

The Lions declined comment Saturday on both the roster move and Stafford’s health. NFL teams are not permitted to comment on a player’s medical status per NFL-NFL Players Association policy.

JETS: C.J. Mosley opts out of 2020 season over coronavirus concerns

Stafford is the eighth player the Lions have put on the COVID-19 list.

Stafford worked out with Golladay in California and Nauta in Georgia early this spring, when the coronavirus pandemic was in its early stages in the country. His wife, Kelly, gave birth to the couple’s fourth daughter, Tyler, June 26.

At the time, Stafford said he was taking all the necessary precautions to make sure he and his family stayed healthy, including limiting contact in his workouts like clicking cleats instead of slapping five and not licking his fingers in between passes.

“I think it’s in everybody’s interests to be as safe as you can possibly be no matter if you’ve got a pregnant wife and kids at home or not,” Stafford said. “But obviously, nobody really knows. There’s not hard data on this yet on what it does to a pregnant woman or baby or whatever it is, so we’re just trying to make sure that we’re doing everything we can to limit our exposure and making sure that we’re at home, doing everything that the experts are telling us to do, as much as we possibly can, while trying to stay sane and still have a little bit of fun here and there.”

Stafford, 32, played some of the best football of his career last season, throwing for 2,499 yards and 19 touchdowns in eight games.

He suffered a back injury in a Week 9 game against the Oakland Raiders and missed the rest of the season.

The Lions went 0-8 with Stafford out of the lineup and failed to generate much offense with Jeff Driskel and David Blough playing quarterback.

They signed Chase Daniel to a three-year free-agent deal this offseason to back up Stafford. Daniel has made five starts in his 10-year career, including one last season with the Chicago Bears.

Lions coach Matt Patricia said Friday the team will work in groups of 20 to 25 players when strength and conditioning workouts begin Monday.

Most meetings will remain virtual for the time being, and Patricia said the small groups will merge to form cohorts of 40 or so players before everyone comes together as an 80-man unit when practices ramp up later this month.

In May, Stafford said he was excited to return to the field this fall despite the pandemic.

“I love playing football,” Stafford said. “I don’t know what I would do in a fall without it, as I think a lot of Americans probably would say the same. But being involved with the game, I love it and I’m hoping it’s safe enough for all of us to get back out there. I don’t want to be putting people at undo risk for us to go play a game, but at the same time, if we can find a way to make it safe for everybody, I’d love to obviously be out there as soon as we can.”