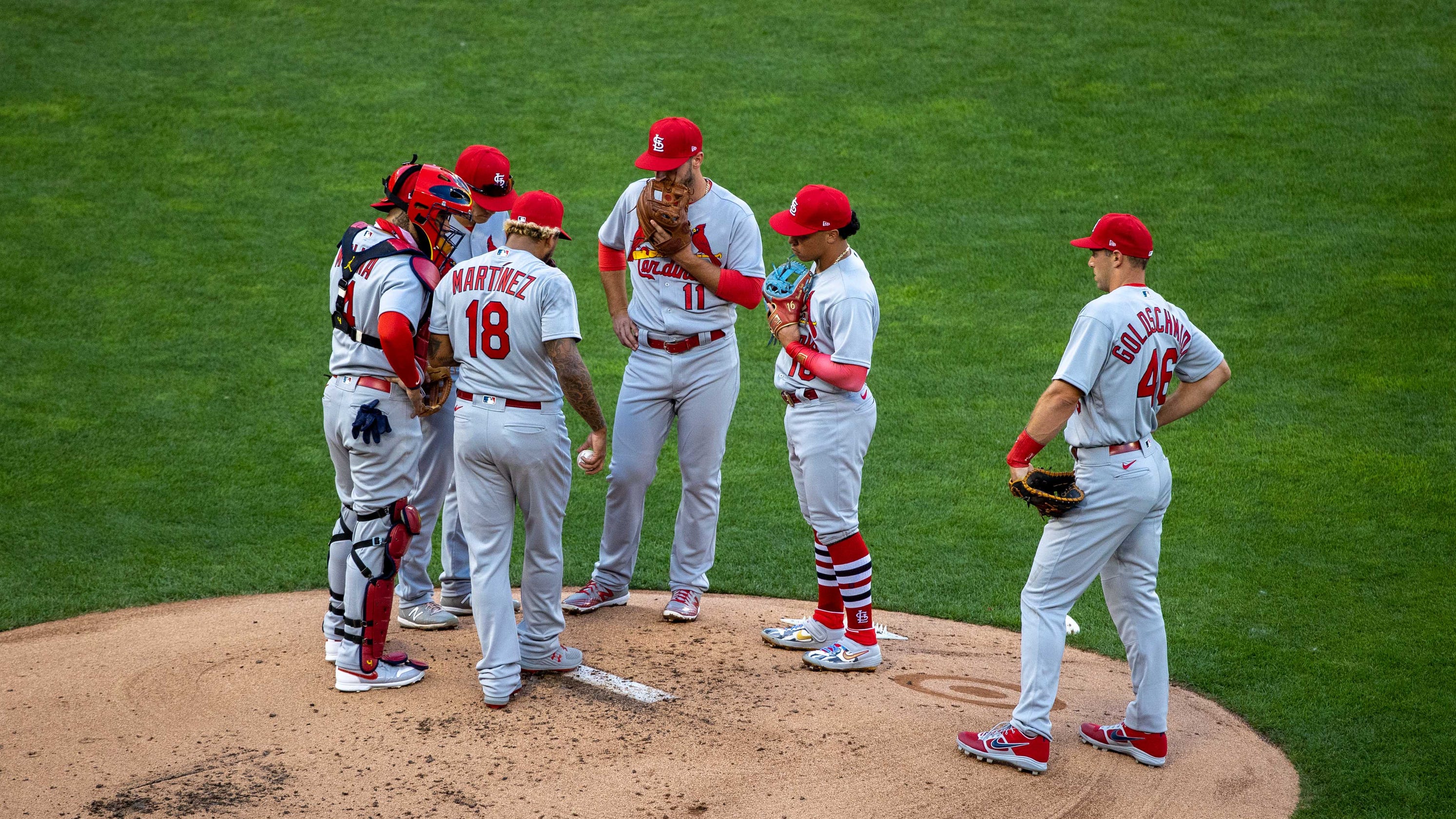 PHOENIX — Major League Baseball and the players union still are committed to playing as many games as possible this season, but there have now been 31 games postponed because of positive coronavirus cases after an outbreak on the St. Louis Cardinals.

The Cardinals, whose game against the Milwaukee Brewers on Saturday was postponed, have had three players and three staff members test positive over the past two days.

The two teams, whose Friday game was also postponed, have a scheduled doubleheader Sunday, but it appears unlikely those games will be played.

Commissioner Rob Manfred warned union chief Tony Clark on Friday that if players didn’t improve their protocol efforts, the season would be shut down, and he alerted their TV network partners to have alternate programming.

“There are so many unknowns in all of this,’’ Boston Red Sox infielder Michael Chavis told reporters. “We don’t know if we’re going to finish the season. We don’t know what’s happening with whatever team has COVID-19. There is a lot of uncertainty.’’

The Cardinals’ outbreak is the second-largest of the season behind the Miami Marlins, who had 21 positive tests from their players and staff last week.

“It’s a little nerve-wracking,’’ Chicago Cubs first baseman Anthony Rizzo said. “We say the most normal thing about the day is when we play actual baseball.’’ 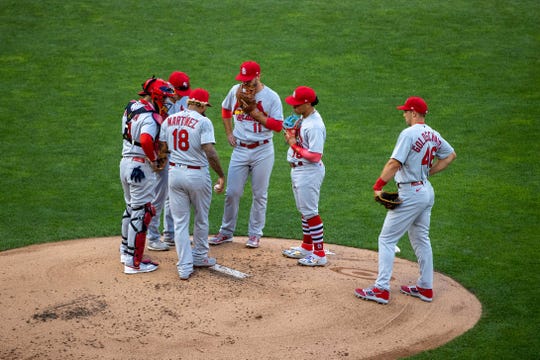 CORONAVIRUS:Walls are closing in on MLB season

There are six teams who won’t play a single game this weekend, and while MLB officials say there are no immediate plans to shut down the season, the sport is on high alert.

“It’s obviously creating a lot of anxiety here,’’ Cardinals president John Mozeliak said. “Obviously we knew when we started this that there was going to be people that would contract this. When we talk about a bubble, it’s not a perfect bubble. It’s not a completely controlled environment.

“I’m still overall optimistic that we’ll get through this. But I think the best way to approach the season is day-to-day.”

On Saturday, MLB announced details on several rescheduled games planned for this week.

After the New York Yankees and Philadelphia Philles were forced to postpone four games last week, they will start a four-game home-and-home series on Monday. The Yankees will host Monday and Tuesday’s games before the series moves to Philadelphia for games on Wednesday and Thursday. Times remain TBD.

That pushes back the Yankees’ previously scheduled game at the Tampa Bay Rays on Thursday, so that game will be part of a Saturday doubleheader at Tropicana Field.

MLB added in its Saturday statement that the Miami Marlins have had no positive COVID-19 tests after spending the week quarantined in Philadelphia, so they are now scheduled to face the Baltimore Orioles in a four-game series starting Tuesday at Camden Yards. The series will run Tuesday through Thursday, with a doubleheader one day as times remain TBD.