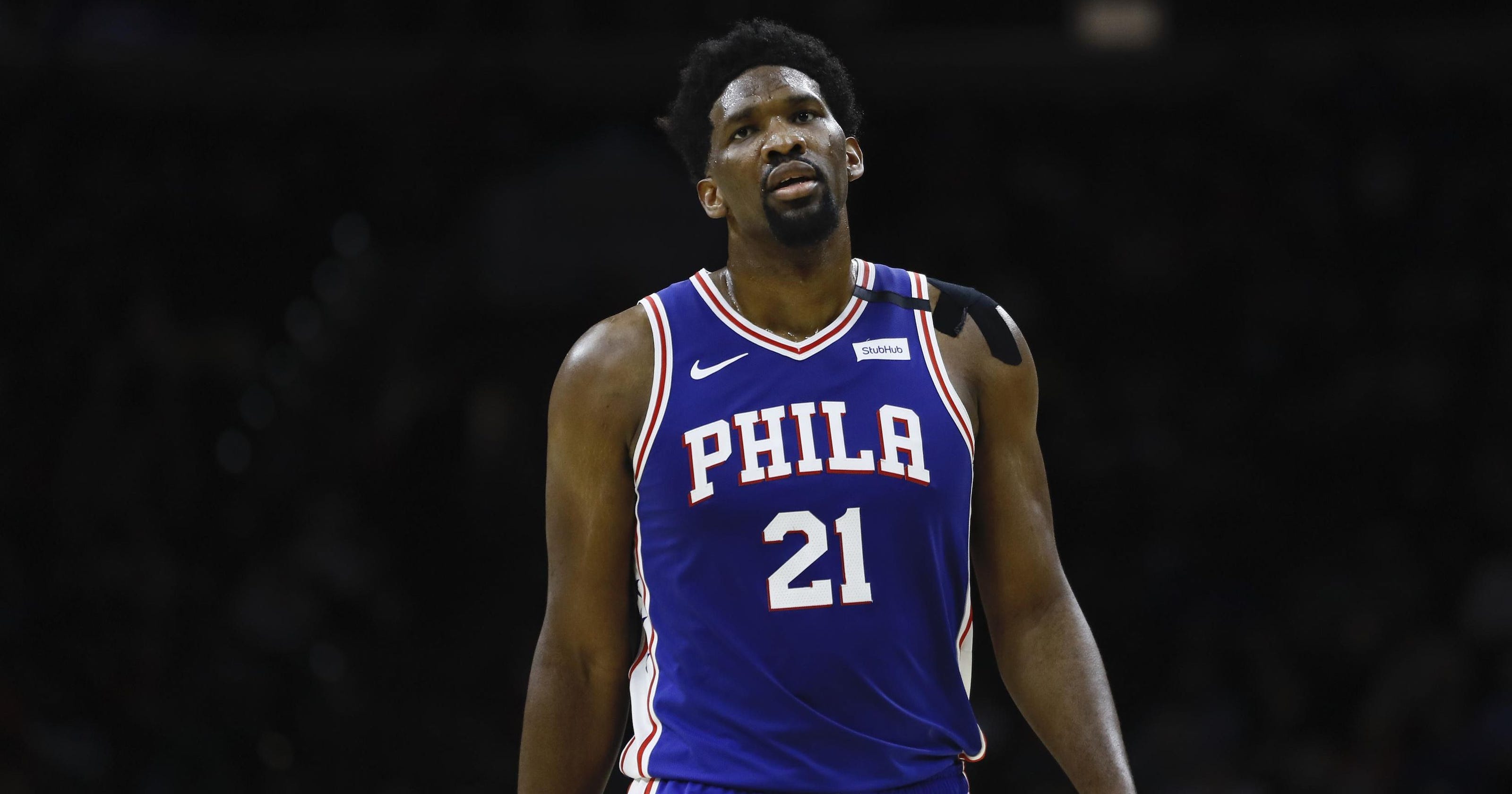 Sixers on clock to get Joel Embiid back to full steam

Brett Brown’s intent was to bring Joel Embiid along slowly in the 76ers’ three scrimmages and keep increasing Embiid’s minutes in the eight remaining regular-season games heading into the playoffs.

Brown hoped Embiid would be able to reach 38 minutes a night, which the coach considers Embiid’s ideal amount, by the Aug. 17 start of the postseason.

Brown has to come up with another plan due to Embiid’s sore right calf, which kept him out of the Sixers’ final two scrimmages for “precautionary” reasons after he played just under 13 minutes in the first one. That’s when he started feeling the calf discomfort.

“It would have been great to have Joel playing, but health is our No. 1 goal — to get him right and to get him ready for when we open up,” Tobias Harris said after Tuesday’s final scrimmage. “That’s on the horizon.”

Embiid will be available Saturday when the Sixers open against the Indiana Pacers. Brown’s most important task isn’t moving up from sixth in the Eastern Conference standings — the Sixers are tied for fifth with Indiana, but the Pacers hold the head-to-head tiebreaker — it’s getting Embiid as playoff ready as possible.

Because even if Ben Simmons takes and makes jumpers, and flourishes as a point forward, the Sixers aren’t making a deep playoff run without Embiid playing a gigantic role.

It may mean a bit of a juggling act for Brown because the coach cannot play Embiid too many minutes before he’s ready because it would increase the chances of Embiid getting hurt. Brown is well aware what a potentially crippling setback that would be.

“There’s going to be zero that I think or do that puts whatever number I’ve spoken about as it relates to minutes in the playoffs at any level of risk for Joel,” Brown said. “We hope to be here for a long time.

“Incrementally, I hope to move him toward a direction that you could understand as it relates to the minutes, but it will not be anything that’s reckless or done without direction from the people that we pay to give that type of advice.”

It’ll be interesting to see how close Brown can get Embiid to 38 minutes. While backup center Al Horford has a great deal of playoff experience, he doesn’t have near the impact Embiid does at both ends of the floor.

When healthy and fully engaged, Embiid is the best all-around center in the NBA. He can score inside, where his footwork and array of offensive moves are the closest to Hakeem Olajuwon that the league has seen. On defense, he controls the lane and prevents opponents from driving for easy baskets.

A combination of injury and illness prevented Embiid from being 100% in his first two postseasons, which resulted in a 4-1 Eastern Conference semifinals loss to the Boston Celtics two years ago and contributed to a hard-to-swallow Game 7 defeat to Kawhi Leonard and the Toronto Raptors in the second round last year.

If Embiid cannot put his customary imprint on games, the Sixers might not be able to get past the Celtics or Miami Heat in the best-of-seven opening round.

If he is back to playing the way he normally does, the chances of a lengthy postseason increase significantly.

There are no guarantees either way, but having Embiid makes the Sixers much more of a threat.