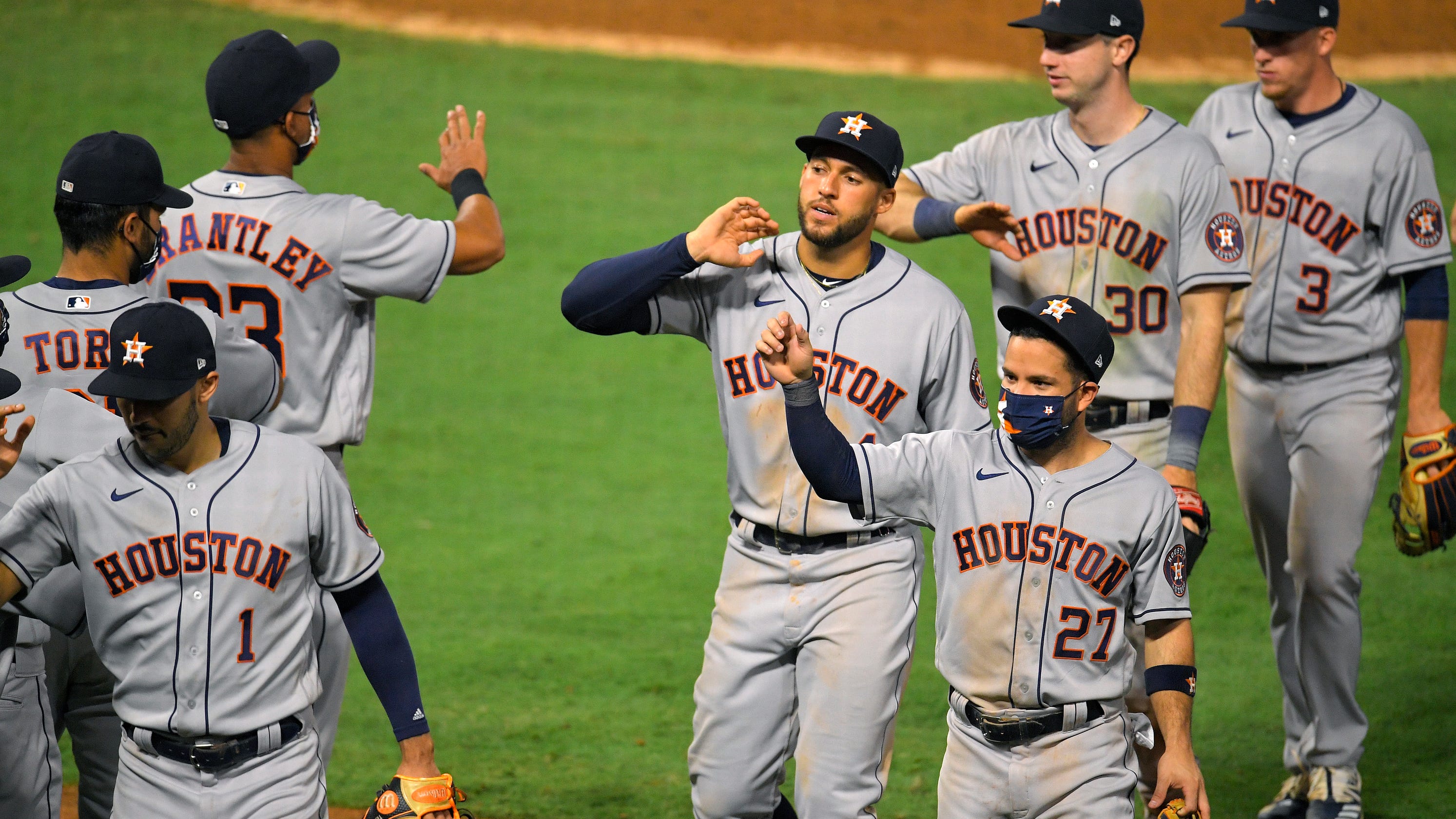 ANAHEIM, Calif. — What a travesty. What an injustice. What a sham.

The Houston Astros played their first road game of the 2020 season and did not hear a single boo.

Two of their star players were hit by pitches: Alex Bregman by a 89 mph sinker in the second inning and Joe Altuve by a 83 mph changeup in the sixth.

But there were no staredowns, much less bench-clearing incidents, as the Astros beat the Los Angeles Angels 9-6 on Friday night and avoided the heckling, jeering and mocking they richly deserve — despite one brave man’s attempt.

During the early innings, the man approached the front entrance at Angel Stadium carrying a metal trashcan lid, a wooden spoon to bang it and a sign that read “Trashtos.”

But security ordered the man to leave the stadium grounds. Major League Baseball has wisely barred fans from stadiums during the ongoing coronavirus crisis. But that’s no reason to give the Astros a pass.

CRANE COMES CLEAN: Astros owner says scandal “weighs on all of us”

PA announcers and sound systems are as active as the players now that the shortened MLB season is underway, and that leads to part of the solution.

Henceforth, when Houston is playing a road game, booing should be piped through the loudspeakers each time a member of the Astros is introduced before an at-bat.

Once an inning when the Astros are at bat, the PA announcer must cue up a soundtrack of fans chanting “Cheaters! Cheaters!” or “Trashtos! Trashtos!”

Of course nothing will rattle the Astros like Kelly, the Los Angeles Dodgers reliever. But it’s hard to imagine other pitchers being as brazen with their brush-back pitches after Kelly sparked at bench-clearing incident Tuesday and MLB suspended him for eight games.

“I know the commissioner has been very strong on this and it’s a really strong message to send right there,” Angels manager Joe Maddon said before Friday’s game.

Without fans in the stands, the Astros won’t hear the boos they deserve from opposing crowds. (Photo: Mark J. Terrill, AP)

Quick refresher: In January, MLB Commissioner Rob Manfred issued a report detailing how the Astros illegally used technology to steal signs — not to mention the banging on trashcans used to to relay the stolen signs — during the 2017 season. Manfred fined the Astros $5 million and suspended manager A.J. Hinch and general manager Jeff Luhnow for this season. And the Astros players?

They got off scot-free, which meant it would be up to baseball fans to punish the Astros with their wrath every time they played in their stadium.

With rightful resentment over the sign-stealing scandal lingering, Astros owner Jim Crane told USA TODAY Sports, “We’re sorry. We apologize. I guarantee you it will never happen again. Just give us another chance.”

Astros leadoff hitter George Springer reached base on what appeared to be an infield hit. But video replay should Springer fouled the ball off his left foot, which should have resulted in a strike, not a hit.

So did Springer, in a break from both baseball tradition and the Astros’ reputation, quickly inform the umpires they had missed?

While you ponder the answer, someone inform the PA announcer it’s time to cue up the soundtrack: “Trashtos! Trashtos!”