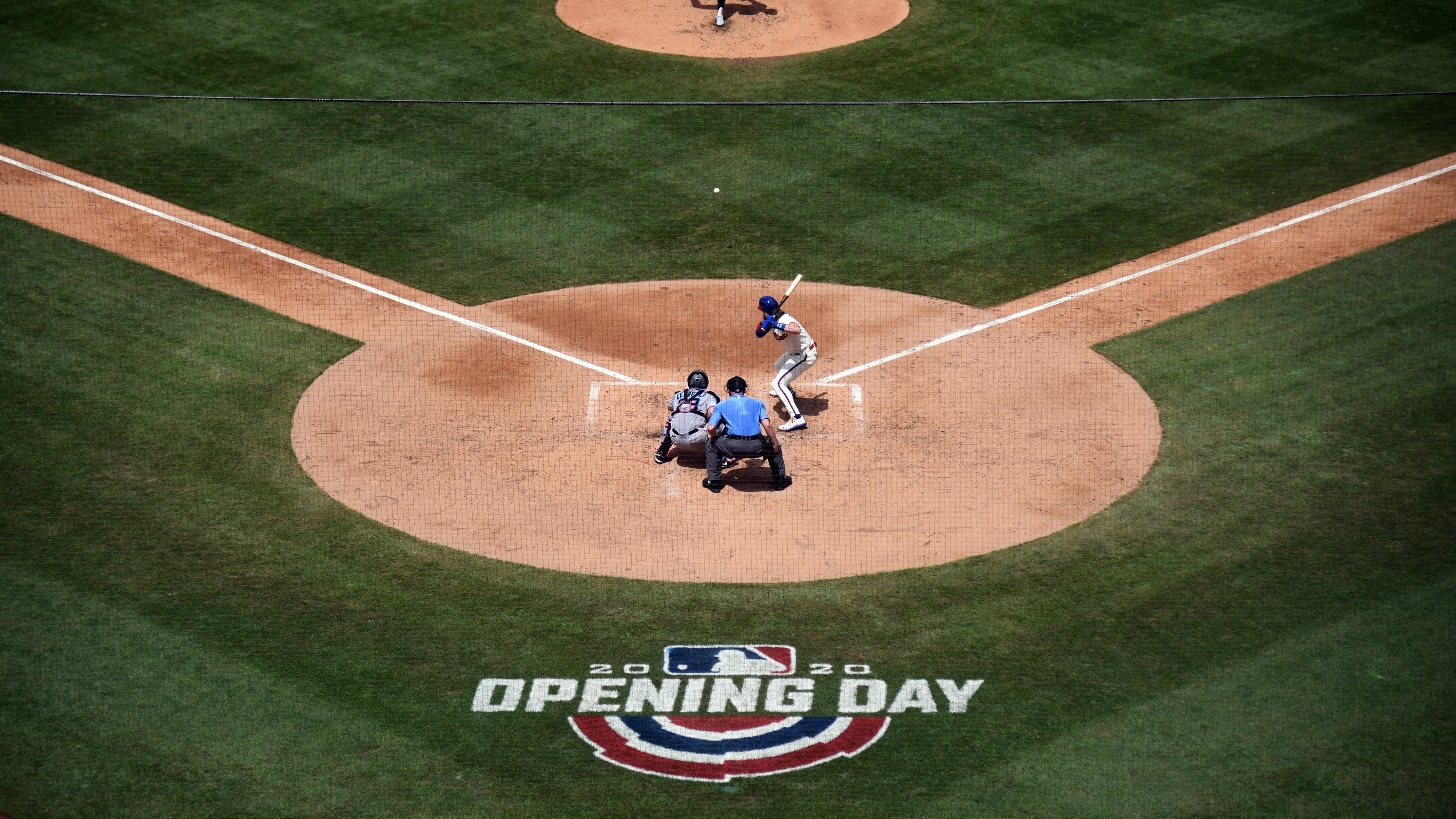 Manfred and Clark declined to discuss the conversation, but MLB is facing increasing scrutiny from public health officials because of the repeated violations of protocols. according to one high-ranking official with direct knowledge of the conversation.

The official spoke to USA TODAY Sports on the condition of anonymity because he was unauthorized to speak publicly.

There were 29 positive COVID-19 tests from players and staff members this past week, and 21 alone were from the Miami Marlins, whose infected players were forced to board buses Friday back to Miami from Philadelphia.

The team is currently under investigation by MLB for violating the protocols, with two officials telling USA TODAY Sports they uncovered evidence that several Miami players blatantly ignored protocols during their two-game exhibition series in Atlanta.

“I do think everybody has to take responsibility for their actions,’’ Los Angeles Dodgers manager Dave Roberts said. “You’re talking about being under the microscope with the CDC. We all have to be accountable.

“We’ve come so far to get to this point, and for it to be shut down because of people being irresponsible, is certainly unacceptable.’’

It’s unknown just how many positive tests or outbreaks would cause MLB to shut down the season, resulting in the loss of about $1.5 billion in salaries for players and about $800 million in postseason revenue to owners, but the industry is in a precarious position just one week into the season.

There were six teams not playing Friday night directly caused by the positive tests, and if the trend doesn’t reverse, the season may not last.

“It’s definitely in a lot of guys’ minds,’’ Chicago Cubs first baseman Anthony Rizzo said, “we all want to play. It’s a little nerve-racking. We say the most normal thing about the day is when we actually play baseball.’’

Yet, if teams continue to high-five, spit and hug on the field, or venture to restaurants or bars off the field, the season could be over before it really starts.

“We’re all just trying to make sure that we aren’t that person that causes an outbreak like they have in Miami,” Cincinnati Reds catcher Tucker Barnhart said. “I can’t speak for anybody else, but it worries me just as we start to travel. When we’re in Cincinnati and you’re in your own home, you are pretty much in control of just about everything.

“When we are traveling and when we’re out in different clubhouses and different hotels, and things like that, that’s when things that are in our control start to diminish and go the other way. That, for me, is the most worrisome.”

And as the Marlins proved, one team alone is capable of wreaking havoc on the schedule and endangering the entire season.

The players certainly are appreciative of the efforts to keep everyone safe. MLB, which issued a 113-page health and safety and health operating manual before the season, even assigned a compliance officer to each team.

The Cubs remain one of only two teams in MLB that has not had a player or staff member test positive since the resumption of spring training.

“I personally think the league and our union have done a really god job putting everything in place on the fly during this pandemic,’’ Rizzo said. “It’s just one of those things … we don’t know where this thing hides. The guys here in our clubhouse know the importance of sticking together and being as prudent as possible away from the field and at the field.’’

There’s not a team in baseball that can’t do a better job of policing themselves on the field. There hasn’t been a game yet where someone isn’t high-fiving a teammate, spitting on the ground or even having a celebratory group hug.

The Dodgers even talked about having players wear masks on the bench Friday, particularly the ones who aren’t playing, and reminding one another to keep social distance on the bench.

“It was a wake-up call for everybody to see that number of players wind up with positives,’’ Minnesota Twins president Derek Falvey said. “Am I concerned today? Yes. I would say we’re definitely trying to do what we can to control the Twins’ environment.

“If everybody takes care of our own space, that gives us the best chance. If not, the game will stop.

Said Brewers owner Mark Attanasio: “If we’re not smart and safe then we’ll fail. But we’re doing everything we can not to fail.’’

Maybe, the Canadian government had it right when they prevented the Toronto Blue Jays from playing at home this season, believing it would be unsafe to permit U.S. baseball teams from crossing the border without being quarantined.

Certainly, no one can argue with their logic now.

“I don’t think there’s a person that thought that this would be seamless,’’ Blue Jays GM Ross Atkins said. “We are being as safe as we possibly can, but we also understand that this virus is very strong and doesn’t have borders.’’