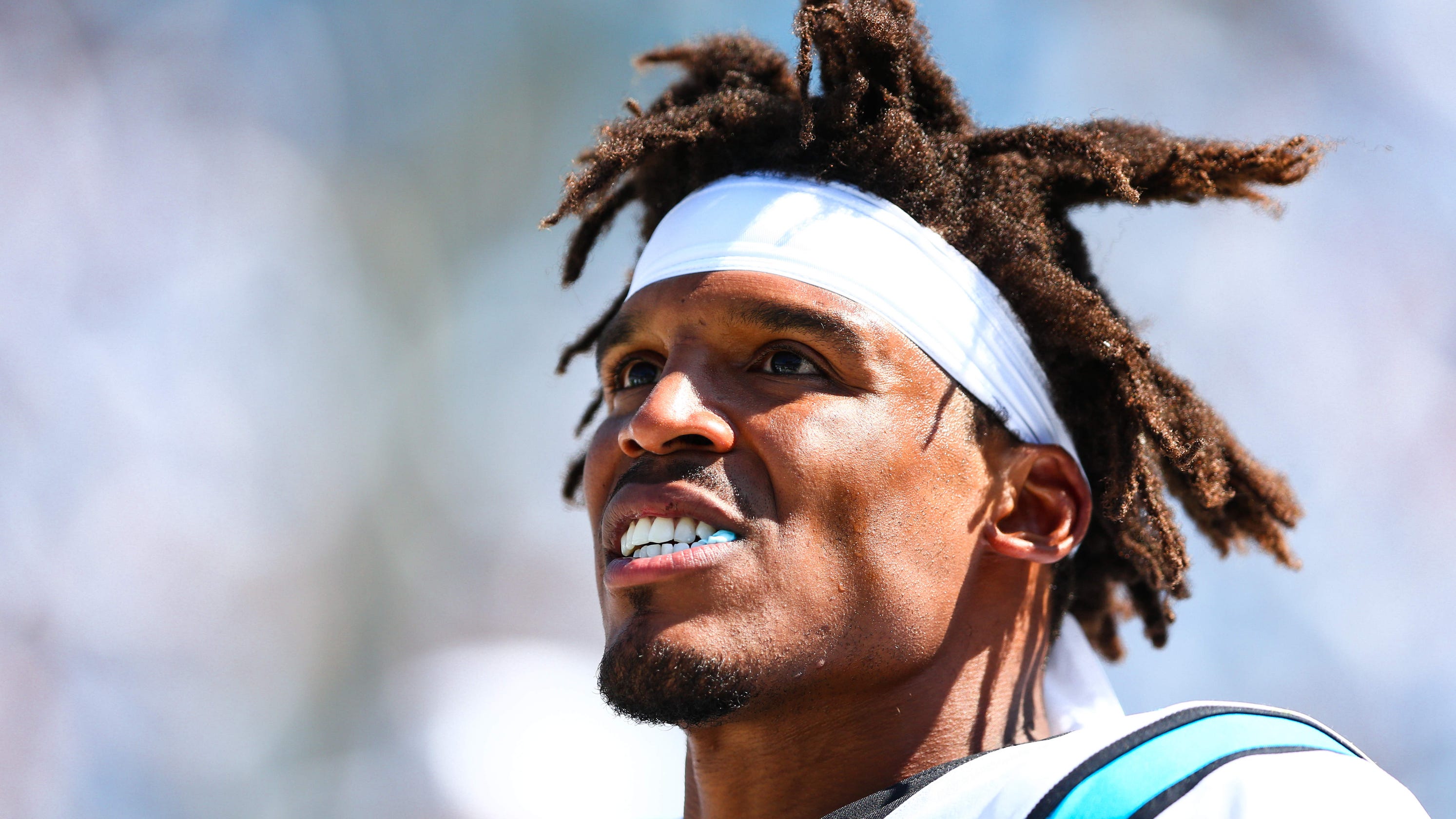 Before signing Cam Newton to a one-year deal worth up to $7.5 million, Patriots head coach Bill Belichick wanted to do his homework on the veteran quarterback.

The Patriots were familiar with the 31-year-old who’s played nine seasons in the NFL. In fact, Newton has beaten Belichick’s teams the two times they’ve faced one another. However, this summer, the Patriots coach wanted to learn more about the eccentric former NFL MVP.

On Friday, Belichick spoke to the local media for the first time since April. He revealed that the Pats did a lot of homework on Newton. That included meeting with the quarterback and talking to people who knew him to see if he was a fit for New England.

As it turns out, the reports on Newton were all positive and Belichick seemed eager to get this veteran into training camp, which starts on Saturday with a ramp up period of strength and conditioning.

Cam Newton (1) stands on the sidelines during a game against the Los Angeles Rams at Bank of America Stadium. (Photo: Jeremy Brevard, USA TODAY Sports)

For the first time in Belichick’s career in New England, the coach heads into the summer with a true quarterback competition after Tom Brady signed with Tampa Bay in free agency. You’d have to go back to 1992 (the year before Drew Bledsoe was drafted) to find a time where there was any uncertainty in camp with who would start at quarterback for the Patriots. That year saw four quarterbacks start – Hugh Millen, Scott Zolak, Tom Hodson and Jeff Carlson.

Now, the Patriots head into camp with four quarterbacks – Newton, Jarrett Stidham, Brian Hoyer and Brian Lewerke. Unlike most offseasons, the Patriots coaching staff hasn’t seen any of these players throw the ball. In the past we would’ve had OTAs and minicamp – totaling somewhere near 10 practices – for players to get a feel of the playbook and their teammates. Due to COVID-19, those practices were canceled and players had virtual meetings.

Newton signed with the Pats after their virtual meetings ended, but that hasn’t stopped him from playing catch up. Newton has worked out with several Patriots players out west in UCLA. Here in New England, Newton had a workout with receivers Julian Edelman, N’Keal Harry, Jakobi Meyers, Damiere Byrd and Gunner Olszewski. He’s also worked out with Mohamed Sanu and Devin Asiasi.

Of course, Stidham still has a chance in this race. He had a solid summer last year when he beat out Hoyer for the top backup job. When asked if it was hard to judge how much Stidham has developed, Belichick said that all players are truly in the same boat.

“Everybody missed those. That’s what it is. It’s the same for everybody,” Belichick said. “That’s the way it went this year and that’s the way it went in 2011 (during the lockout). Some years are different than other years. There’s nothing we can do about that. We can’t change it. We just try to make the most out of every opportunity we get going forward. That’s all we can do.”

When it comes to scouting the quarterbacks on the roster, the Patriots won’t have games to judge their play since the preseason was canceled. When asked how that will change things for the Patriots and analyzing their own players, Belichick said it’ll be like college where teams practice and hold scrimmages up until their first game.

Belichick made it clear that he wouldn’t comment too much on the quarterback competition. When asked if the team would change their offensive playbook to fit a certain quarterback’s style, the coach said the Patriots will do what they’ve always done since 2000 – teach all players the “certain fundamentals and basics in our offensive, defensive and special systems that need to be taught.”

As it pertains to the quarterback competition, the Patriots coach says it’s simple.

“That spot is the same as all the other spots on the team. We have a long way to go and we’ll see how things turn out,” Belichick said. “I can’t control how players perform. That’s up to them. We’ll give everybody and opportunity and see what happens.”