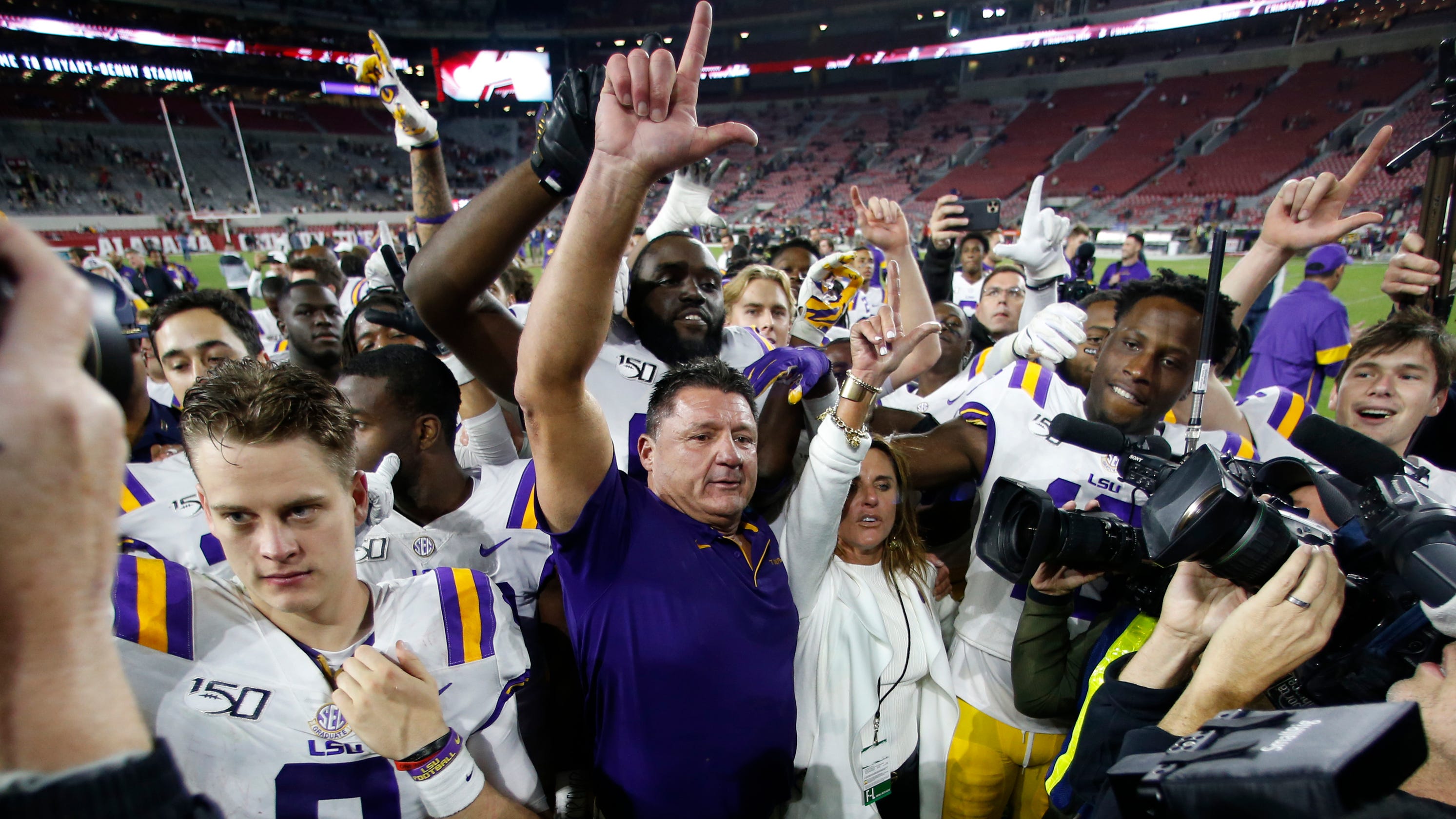 After playing no more than eight SEC games throughout its history, the Tigers will play a 10-game SEC schedule this season with no non-conference games as will the rest of the 14-team SEC. The league office approved a 10-game schedule to be played against members only on Thursday because of the continuing COVID-19 pandemic.

“The plan is to keep the SEC games that are scheduled now to remain as they are,” said LSU deputy athletic director Verge Ausberry, who handles football scheduling, on Friday. “But we’ve got a lot of work to do.”

There is a possibility that already scheduled SEC games could be moved, though, because of conflicts depending on the current schedules of the two new teams from the other division that each SEC team must schedule.

As far as LSU is concerned, the SEC office and Ausberry have three available dates to add two SEC East teams if the rest of LSU’s schedule remains solid. LSU’s first open date is now Oct. 3, which was the date it was originally going to play Nicholls State.

The Tigers are also open on Oct. 31, which was its original open date, and on Dec. 5, which was the original date of the SEC Championship Game in Atlanta. But that game was moved to Dec. 19.

The new scheduling could remove the annual open date before the LSU-Alabama game.

“We’ve talked about possibly playing one of the SEC games on Oct. 31, and that’s the week before the Alabama game,” Ausberry said. “But we’ll be talking about that and other issues next week. It’s in other hands right now.”

OPINION: It is about time the SEC hit double-digit league games

Alabama’s next two rotation opponents are Florida away and Vanderbilt at home. At the moment, there is only one common open date for both games — Dec. 5. Some juggling of the originally scheduled games would have to happen.

And Alabama has another scheduling problem. Unlike LSU, which was and is currently scheduled to open SEC play on Sept. 26 against Ole Miss at home, Alabama’s original SEC opener was at home against Georgia on Sept. 19. That game will have to be moved as the SEC dictated Saturday, Sept. 26 as its opening day on Thursday.

Sept. 26 Ole Miss … Time and TV to be announced

Oct. 10 at Florida … Time and TV to be announced

Oct. 17 at Arkansas … Time and TV to be announced

Oct. 24 Mississippi State … Time and TV to be announced

Nov. 7 Alabama … Time and TV to be announced

Nov. 14 South Carolina … Time and TV to be announced

Nov. 21 at Auburn … Time and TV to be announced

Dec. 19 SEC Championship Game in Atlanta … Time and TV to be announced

If the SEC decides against the next rotation scenario and tries to pair teams that have rarely played over the years, LSU could play at Missouri. There have been only two games between the two schools in history – the 1978 Liberty Bowl won by Missouri, 20-15, and the 2016 game in Tiger Stadium that LSU won 42-7 in Coach Ed Orgeron’s debut as interim coach.

Missouri’s current open dates match with LSU’s on Oct. 31 and Dec. 5. Another rarely played LSU opponent is South Carolina. The Tigers, who lead the series 18-2-1, and Gamecocks have not played since 2015 when LSU won 45-24 in Tiger Stadium. South Carolina has a common open date with LSU in 2020 only on Dec. 5.

Meanwhile, LSU and other SEC schools will likely be looking at potential lawsuits from the non-conference schools that just had large money making games cancelled by the SEC.

“We’re going to try to reschedule those games as soon as we can,” Ausberry said. “Everything is on the table.”

LSU’s schedule has few openings in future years, though, pending the addition of the eight SEC games for each season after 2020.