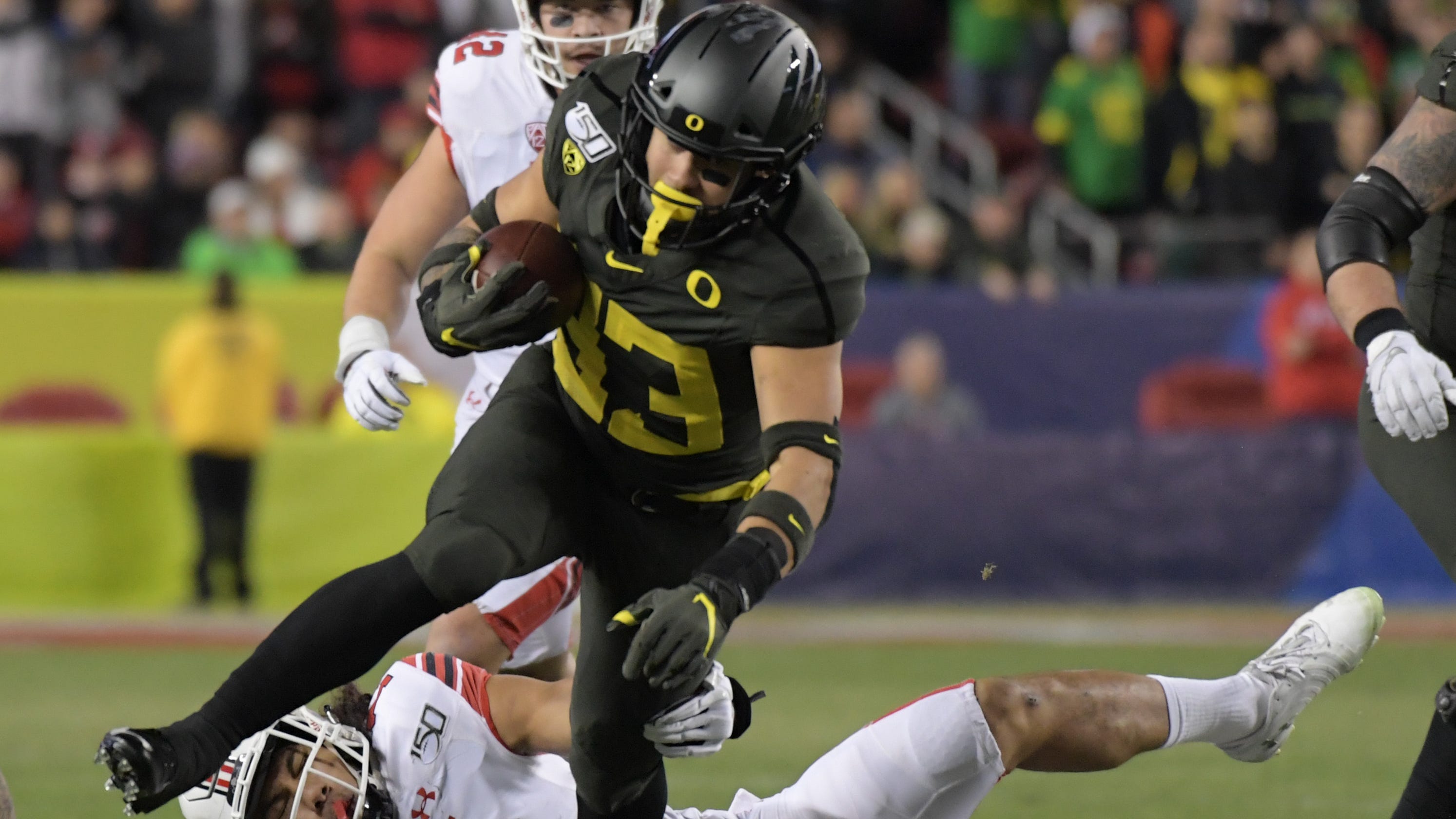 Teams in the Pac-12 will play 10 games against conference competition with the season beginning no earlier than Sept. 26, the league announced Friday.

The Pac-12’s decision solidifies the scheduling of a third Power Five conference, joining announcements this week from the SEC and ACC.

“The schedule and return to play plans provide for maximum flexibility and the best opportunity to play all fall sports in an environment that prioritizes safety,” Pac-12 Commissioner Larry Scott said in a statement. “At the same time, we will continue to evaluate the best available science, data and advice of public health officials as we make decisions and any required adjustments going forward.”

Oregon running back Cyrus Habibi-Likio carries the ball against Utah during the first half of the 2019 Pac-12 Conference championship game at Levi’s Stadium. (Photo: Kirby Lee, USA TODAY Sports)

Earlier in July, the Pac-12 joined the Big Ten in eliminating all non-conference games from the 2020 schedule amid the coronavirus pandemic.

The 10-game schedule will be split between home and road games, and require an additional game against an opponent from the opposite division. In a standard year, each Pac-12 team plays nine league games: five against each the opponent from each division – the North, won last year by Oregon, and the South, won by Utah – and another four crossover games against the other division.

Week 1 games scheduled for Sept. 26 include a number of rivalry games, including Southern California and UCLA, Arizona State and Arizona, and Stanford and Washington. Normally, in-state rivalry games are held at or near the end of the regular season. There is flexibility in starting the season later if health conditions arise.

The Pac-12 championship game will be held on either Dec. 18 or Dec. 19 at a home stadium of one of the two participants.

The Sept. 26 start date matches the SEC, which said Thursday that it would likewise play 10 games without any non-conference matchups. The ACC is planning on 10 conference games plus one additional non-conference game against an opponent with the member’s home state. The Big Ten, which was the first to announce a scheduling change, doing on July 9, has yet to set the schedule for the season.

Starting at the end of September allows for time to tinker with testing and tracing protocols. The additional month of time – the year was scheduled to begin on Aug. 29 – also allows conferences to evaluate how leagues such as the NFL address any potential COVID-19 outbreaks. Additional off weeks meant to provide scheduling flexibility will push season into December.