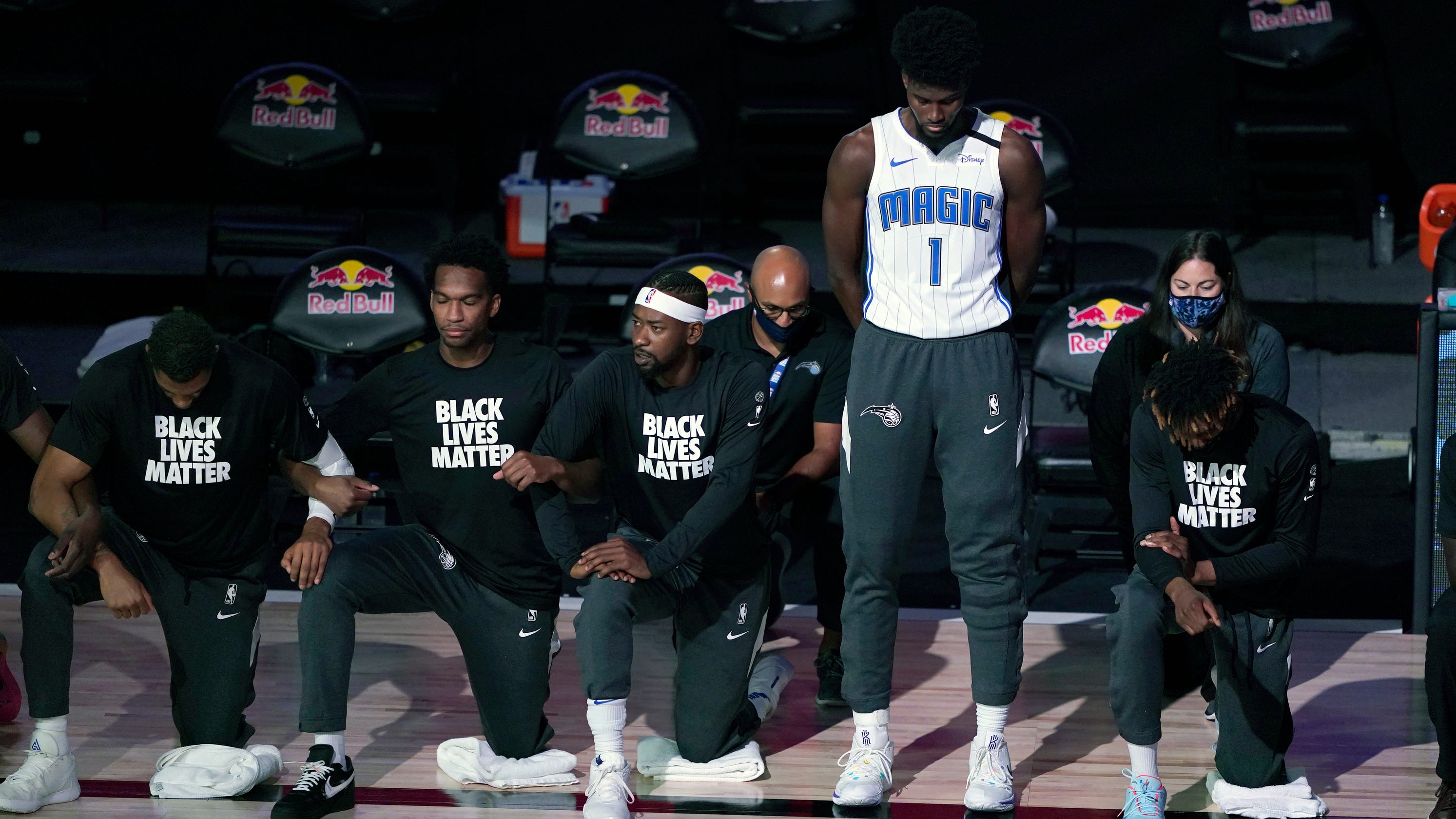 After a four-month layoff, Thursday marked the official return of the 2019-2020 NBA season, with the Jazz defeating the Pelicans and the Lakers topping the Clippers in the first games in the league’s Disney World bubble.

Keep it here for updates throughout the day and into the night from Jeff Zillgitt, Mark Medina – on the ground at Disney – and the USA TODAY Sports’ NBA team, including analysis, news and highlights:

Orlando Magic forward Jonathan Isaac, one of the most outspoken Christians in the NBA, did not kneel for the national anthem nor did he wear a Black Lives Matter t-shirt while the rest of his teammates and opponents on the Brooklyn Nets did before the start of Friday’s games.

It is not yet clear why Isaac did not join the others but it’s certainly his right not to kneel. In an interview in June with ClickOrlando.com, Isaac called George Floyd’s death a tragedy and said the answer is Jesus.

“Just because we are in the position of being an NBA player, it doesn’t give us automatically an understanding or insight to issues that happen around us,” Isaac told ClickOrlando.com. “But I think because we have the ear of so many it’s important for us to be diligent, to be vocal, but in a balanced way.”

For those without League Pass, Nets and Magic players and coaches kneeling for the anthem except Jonathan Isaac to the right of the photo. pic.twitter.com/iTgCB9HrpF

LAKE BUENA VISTA, Fla. – The whistles shrieked seemingly every time a defender moved an inch. The passes looked sloppy as the ball left their hands. And the double-digit runs seemed as unpredictable as the fluctuating stock market.

The Los Angeles Lakers’ 103-101 win over the Clippers looked ugly by every measure. Both teams hardly looked as sharp and unified as they did when they locked arms and knelt during the national anthem to protest systemic racism before the game. And that is fine. How else would you expect both teams to play in their first game since the NBA suspended the season on March 11 because of the novel coronavirus outbreak?

WHERE WERE WE? Recapping state of NBA playoff picture

LEBRON: ‘I hope we made Kaep proud’

The Lakers (50-14) and Clippers (44-21) may have “won the wait,” as Clippers coach Doc Rivers has put it, with disciplined quarantine workouts and diets. They may have healed their bodies during the four-month layoff. And they may have tapped into mindfulness exercises to keep their mental health strong through the depressing state of our world. Yet, it seemed inevitable players would struggle with their conditioning, their decision making and their consistency once the NBA resumed play here at ESPN’s Wide World of Sports Complex.