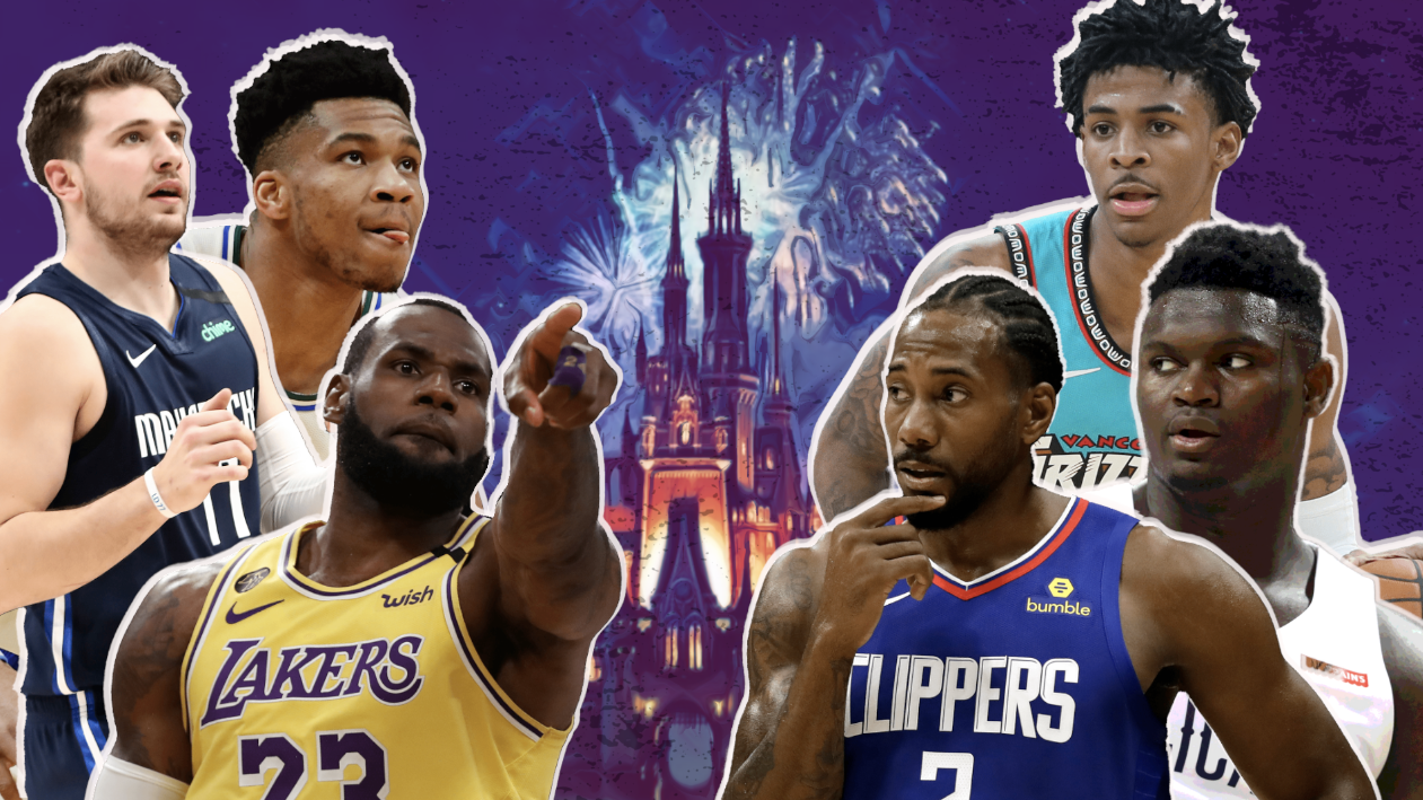 State of the playoff race as season resumes in Orlando

So, where were we?

More than four months since the last NBA games March 11, one can be forgiven for not remembering where the playoff race stands. With each of the 22 teams in Orlando playing eight “seeding” games to finish the regular season, get ready for a two-week sprint to the playoffs on Aug. 17.

The clearest part of the playoff race is at the top. Barring a collapse, the Milwaukee Bucks and Los Angeles Lakers will be the No. 1 seeds in their respective conferences.

Giannis Antetokounmpo was even better this season than last. He is the front-runner for his second consecutive MVP award, guiding the Bucks to a league-best 53-12 record before the shutdown. With a 6½-game lead on the Toronto Raptors heading into the restart, the Bucks are in line for the top spot in the Eastern Conference for the second year in a row.

Milwaukee is the heavy favorite to make the NBA Finals, but the pressure is on. Antetokounmpo’s potential free agency in 2021 looms over the franchise. After blowing a 2-0 lead and losing to the Raptors in last year’s East finals, bowing out before then would be a disappointment this season.

LeBron James and Anthony Davis have the Lakers back in title contention after a six-year playoff drought. (The franchise has missed the playoffs only five other times in its history.) They are a virtual lock for the No. 1 seed in the Western Conference with a 6½-game lead on the Los Angeles Clippers.

Giannis Antetokounmpo and LeBron James have the Bucks and Lakers in line for the top playoff seeds. (Photo: Gary A. Vasquez, USA TODAY Sports)

The Lakers’ perimeter depth is thin with Avery Bradley not playing in Orlando and Rajon Rondo out until at least September with a broken right thumb. But James is still performing at an MVP level in his 17th season, and Davis is the best teammate James has ever had, an All-NBA and Defensive Player of the Year candidate in his own right.

Muddled in the middle

The fun really begins after the first two spots.

In the East, the Celtics have a 2½-game lead on fourth place, then just two games separate seeds 4-6. Jimmy Butler has the Miami Heat in fourth place in his first season in South Beach. The Indiana Pacers and Philadelphia 76ers are tied for fifth and sixth, two games behind the Heat.

Eight games likely aren’t enough for Miami to make a run at Boston for the No. 3 seed, but the Heat have the shooters to get hot playing a condensed schedule, and Butler has emerged as the perfect tough, hard-nosed leader for a Miami franchise that prides itself on outworking everyone.

If the Heat falter, the Pacers and Sixers are both capable of surpassing them in the standings. Star guard Victor Oladipo played in the Pacers’ scrimmages and could still suit up when seeding games begin. His status is still uncertain, but he’d be a huge boon for Indiana after All-Star forward Domantas Sabonis left the NBA campus to seek treatment for a foot injury.

Philadelphia might still have the highest ceiling of any team in the East outside Milwaukee. A new-look starting five showed promise during scrimmages with Ben Simmons playing in the four spot on offense and Shake Milton sharing more of the ball-handling opportunities. And the Sixers still have Joel Embiid in the middle. When healthy and engaged, Embiid can be the best player in a series against just about anyone.

The seeding race is even tighter in the middle of the West, with only four games currently separating seeds 3-7. Denver occupies the third spot, with the Utah Jazz, Oklahoma City Thunder, Houston Rockets and Dallas Mavericks close behind in a logjam of very talented teams.

Nuggets franchise center Nikola Jokic has a svelte new look, but his health will be closely-monitored after testing positive for COVID-19 late last month. Jokic said he has remained asymptomatic and looked good in scrimmages in Orlando. The Nuggets will go only as far as their smooth-passing big man takes them. All-Star teammates Donovan Mitchell and Rudy Gobert say they’ve put any lingering tension behind them, but a bigger issue for the Jazz will be the absence of Bojan Bogdanovic. Utah’s second-leading scorer is not playing in Orlando after having surgery on his wrist in May.

The Thunder were a pleasant surprise in the thick of the playoff race this season after trading Russell Westbrook and Paul George. Their three-guard lineup spearheaded by Chris Paul, Dennis Schroder and rising star Shai Gilgeous-Alexander has been exceptional in crunch-time situations. The Rockets are determined to take their small-ball experiment to the extreme. Their ceiling as a playoff contender might be limited, especially against bigger opponents, but James Harden, Westbrook and a bevy of shooters can get hot and take over a series. The Mavericks had the best offense in the league this season but have very little playoff experience. Still, stars win championships, and Dallas has the NBA’s best young star in Luka Doncic.

Sports Pulse: Jeff Zillgitt walks us through what overlooked teams may have a chance at the championship

The Brooklyn Nets and Orlando Magic currently hold the seventh and eighth spots in the East, with just a half-game between them. The ninth-place Washington Wizards are 5½ games back.

We’re far more likely to get a play-in game in the West. In fact, it seems almost inevitable with six teams vying for the final spot.

Rookie phenom Ja Morant has the Memphis Grizzlies currently in eighth place, 3½ games ahead of the Portland Trail Blazers, New Orleans Pelicans and Sacramento Kings. Guiding the Grizzlies to the playoffs would be a huge accomplishment in what most thought would be another rebuilding season, but it will be a challenge to maintain their spot.

Damian Lillard is among the best scorers in the league. He and C.J. McCollum lead a Blazers team that is now healthy and emerging as a trendy sleeper pick to grab the eighth seed and possibly make noise in the playoffs. Top draft pick Zion Williamson and the Pelicans were rounding into form at the time of the shutdown and are also a popular pick to force a play-in.

Now we’re back up to speed. The teams are in the starting blocks. On your mark, get set, go!