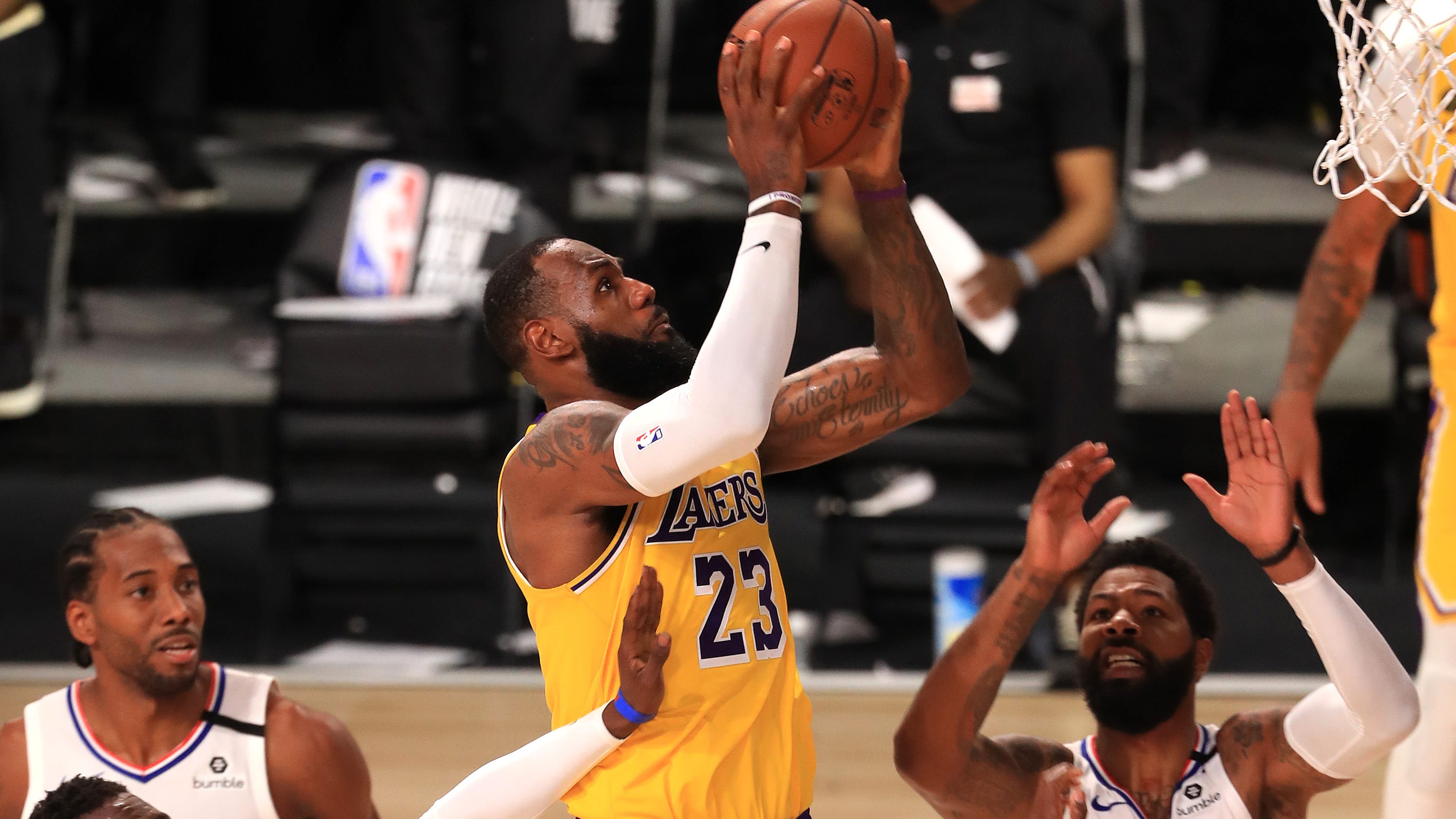 Like he has so many times before in his prolific NBA career, LeBron James came through in the clutch as the Los Angeles Lakers upended the Los Angeles Clippers, 103-101, Thursday night.

Despite what had been a relatively quiet, and even error-filled, game for him as the NBA restarted the season in the Florida bubble, James delivered the biggest basket of the game. Following his own miss, James corralled the rebound and put the ball back up to give the Lakers a two-point lead with 12.8 seconds to go, just moments after Clippers star Paul George tied the game with a monster 3-pointer.

After the game, James had an important message.

“The game of basketball has always been bigger than just the ball and the rim and 10 guys on the floor,” James said in his postgame interview with TNT. “It’s an opportunity to use this platform to be able to spread a lot of positive, a lot of love, throughout the whole world.

“We understand what is going on in society right now. And we’re using this NBA platform as the players, as the coaches, as organizations to continue to stand strong on that. This is a good start. It’s great to have the NBA back. I hope our fans are proud of us tonight.”

“There’s been progress,” James continued when asked about what the NBA world has done so far to advance social justice causes. “But in the past when we’ve seen progress, we’ve let our foot off the gas a little bit. We can’t do that. We want to continue to keep our foot on the gas. Continue to push forward. Continue to spread love throughout America.

“We’re dealing with a lot of racism, a lot of social injustice, a lot of police brutality, not only in my neighborhoods, but not only with Black people, but with people of color and it’s something that we’d want to continue to have people’s ears open to.”

VIEW FROM THE COUCH: NBA TV viewer experience needs tweaking but it beats no games at all

“We want to continue to put our foot on the gas… continue to spread love throughout America.”@KingJames discusses the NBA’s restart & social change w/ @JaredSGreenberg. pic.twitter.com/HubuVKV03X

James finished the night with 16 points, shooting just 6-for-19 from the field and had five turnovers. He did have game highs in both rebounds (11) and assists (seven), though, and, of course, shook off the uneven performance to hit the shot that mattered most.