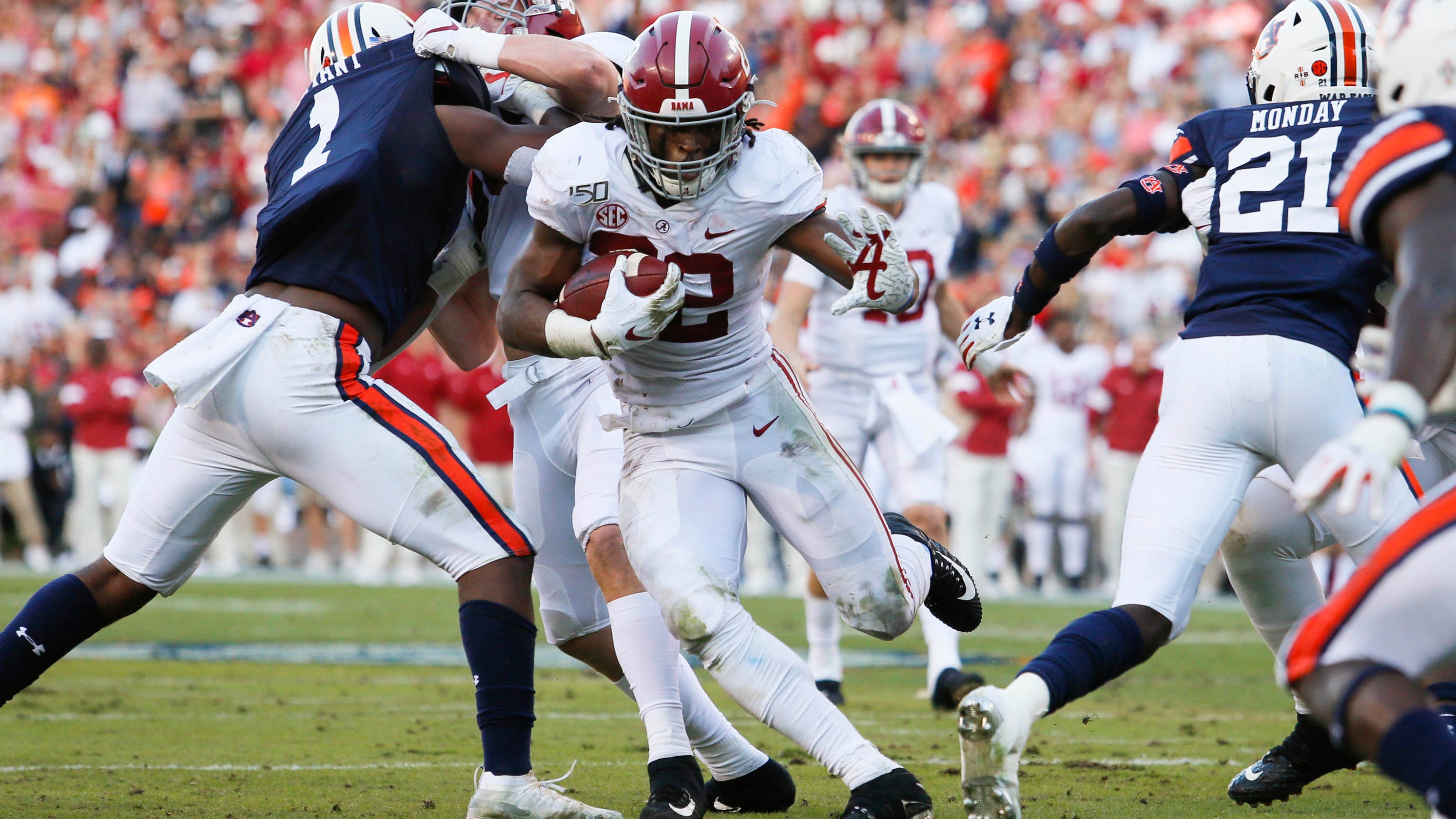 SportsPulse: Dan Wolken and Paul Myerberg discuss if there will be college football this fall. As Wolken put its, all it takes is one bad outcome due to the pandemic to send the sport into chaos.

The SEC will join two other Power Five leagues in playing conference-only games during the coming football season should teams be able to compete amid the ongoing COVID-19 pandemic, the conference announced Thursday.

Teams will play a 10-game schedule against fellow SEC opponents with the season set to begin on Sept. 26, nearly a month later than originally planned. In the wake of similar moves from the Big Ten, Pac-12 and ACC, the decision by the SEC ensures that the 2020 season will be drastically different than ever before.

The conference championship game, held in Atlanta, will be moved from Dec. 5 to Dec. 19, allowing for “one mid-season open date for each school and an open date on December 12 for all schools,” the league said.

“This new plan for a football schedule is consistent with the educational goals of our universities to allow for the safe and orderly return to campus of their student populations and to provide a healthy learning environment during these unique circumstances presented by the COVID-19 virus,” SEC Commissioner Greg Sankey said in a statement.

“This new schedule supports the safety measures that are being taken by each of our institutions to ensure the health of our campus communities.”

Alabama running back Najee Harris runs the ball past the Auburn defense during the second quarter of their 2019 game at Jordan-Hare Stadium. (Photo: John Reed, USA TODAY Sports)

The Big Ten was the first to drop non-conference games from the regular-season schedule, doing so three weeks ago, citing the benefits of scheduling flexibility, the mitigation of risk that comes with travel and the ability to share testing protocols with fellow conference members. The Pac-12 quickly followed.

On Wednesday, the ACC chose to play an 11-game schedule that features one non-conference game while eliminating divisions. The league said that non-conference matchups “must be played in the home state of the ACC institution.” The ACC will add Notre Dame for the 2020 season as a 15th member and the Fighting Irish will be eligible to compete for the conference championship.

This leaves the Big 12 as the only Power Five conference to yet make an announcement on how to schedule games and play a somewhat traditional season in a landscape altered by the coronavirus.

The conference-only schedule eliminates a number of longstanding rivalries pitting SEC teams with opponents from other leagues, such as the games between South Carolina and Clemson, Florida and Florida State, and Georgia and Georgia Tech. The latter rivalry, known as “Clean, Old-Fashioned Hate,” has been played 113 times since 1893 and continuously since 1925.

“The 10-game SEC schedule provides us the best opportunity to play football as safely as possible in a COVID environment,” Georgia athletics director Greg McGaritysaid. “It’s disappointing the schedule model does not make it possible to play Georgia Tech; however, we look forward to renewing that rivalry in 2021. I do want to commend Commissioner Sankey, his staff, and the University presidents and chancellors for their leadership in continuing to navigate these challenging issues.”

Playing conference opponents does maintain the Iron Bowl between Alabama and Auburn, however, while potentially adding two games to the SEC’s typical eight-game league schedule. Prior to this season, the SEC had maintained that schedule even as other Power Five leagues have moved to a nine-game slate.

As with the other conferences, the SEC’s move cancels a number of high-profile games in September featuring members of the SEC, such as Auburn and North Carolina, Tennessee and Oklahoma, and Arkansas and Notre Dame. While the pairings of teams from the Power Five leagues can often be rescheduled, these cancellations come with a steep financial cost.

Auburn stands to lose $5 million for the cancellation of its neutral site game against the Tar Heels, presuming it had met its ticket sales requirement. Likewise with Georgia, which would have made $4.25 for playing Virginia at a neutral site under the same ticket sales requirement. Both games were to be played at Mercedes-Benz Stadium in Atlanta.

The larger financial impact of the canceled slate of games will be felt by those opponents that rely heavily on the often seven-figure paycheck that comes with facing teams from the SEC, particularly for teams from Group of Five conferences such as the Sun Belt and Conference USA, as well as from programs that compete in the Championship Subdivision.

Kent State lost games at Alabama and Kentucky that each would pay $1.75 million. Massachusetts was scheduled to make $1.9 million for its game at Auburn. Eastern Washington will miss out on $750,000 for game at Florida, a significant payout for an FCS team.