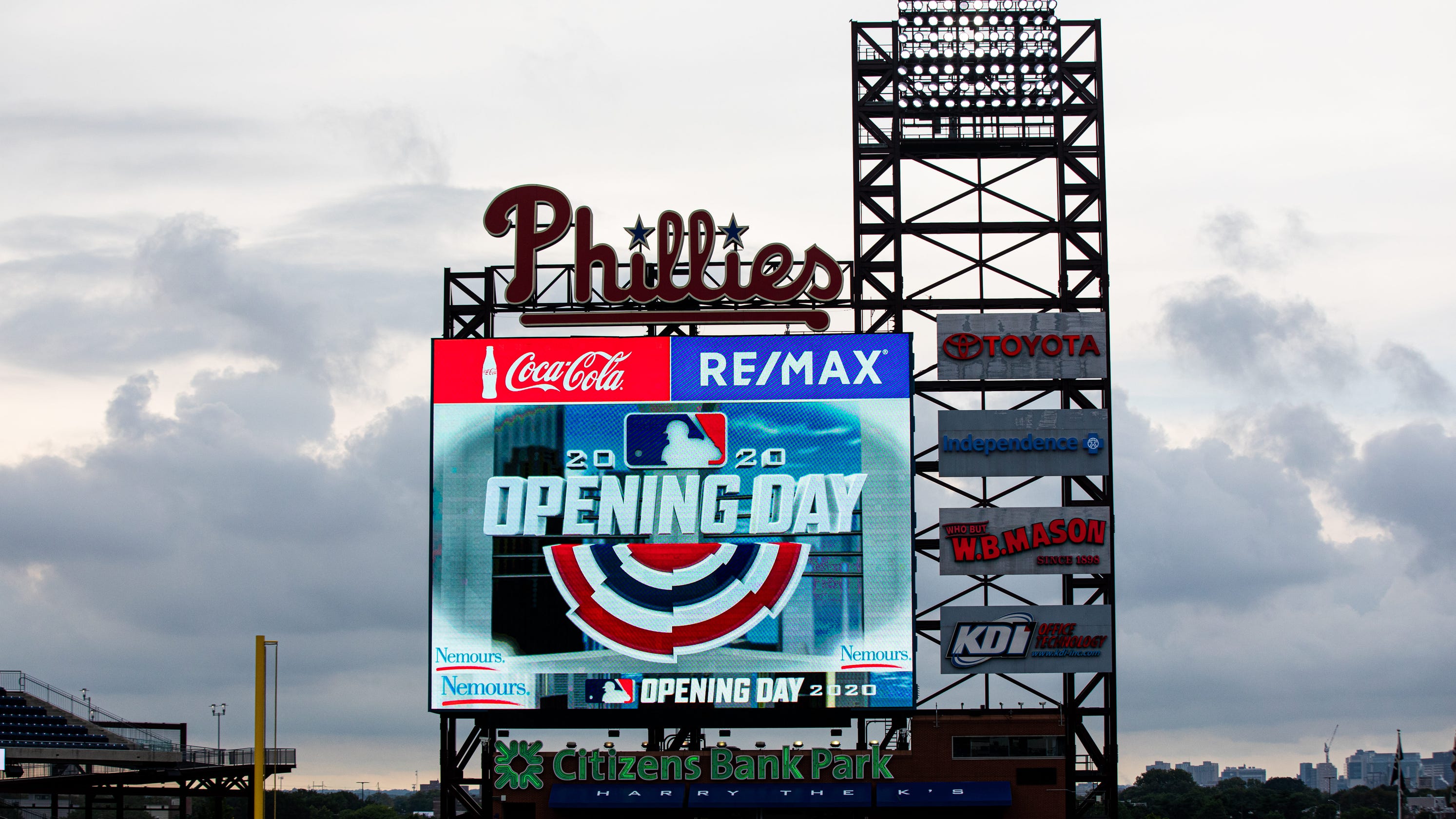 Now, there are two Major League Baseball teams tasked with making up a week’s worth of games wiped out by a COVID-19 outbreak.

The Philadelphia Phillies postponed a weekend series against the Toronto Blue Jays after a member of the coaching staff and a home clubhouse employee both tested positive for COVID-19 in testing Wednesday, resulting in the closure of Citizens Bank Park.

The Phillies and Miami Marlins have not played since Sunday, when the Marlins opted to go forth with their game at Philadelphia after four of its players tested positive for the novel coronavirus. Seventeen Marlins players and two staff members have since tested positive, and their season was paused by Major League Baseball until at least Monday.

Now, the Phillies join them in having seven games postponed.

They were scheduled to resume their season Saturday with a doubleheader at Citizens Bank Park against the Blue Jays; Toronto was technically the home team for the three-game series, but is playing all its games on the road after Canadian immigration authorities barred them from playing in their home country due to an enduring wave of coronavirus cases across the USA. The Blue Jays are scheduled to move into temporary quarters at their Class AAA Buffalo affiliate with a game Aug. 11.

The Phillies held a workout at Citizens Bank Park on Wednesday, their first baseball-related activity since Sunday’s game. Epidemiologists generally recommend that after environmental cleaning, the virus, without a host, shouldn’t pose a risk even in indoor areas of the ballpark for more than 48 hours.

Meanwhile, the competitive integrity of this 2020 campaign is coming under increasing fire. While the Marlins and Phillies will be frozen on three games – Miami at 2-1, Philly 1-2 – the vast majority of major league clubs will have played 10 games by the end of the weekend. In addition to the Marlins and Phillies, the Washington Nationals – scheduled to play at Miami for three games – will be idle this weekend.

Blue Jays manager Charlie Montoyo said on a video call Thursday he hopes his club will be allowed to stay in the District of Columbia and work out this weekend.

The hailstorm of makeups increases the likelihood of two scenarios baseball purists may not like: That the season ends with teams having played an unequal number of games, forcing winning percentage to decide playoff berths, and that doubleheaders may be limited to a pair of seven-inning games.