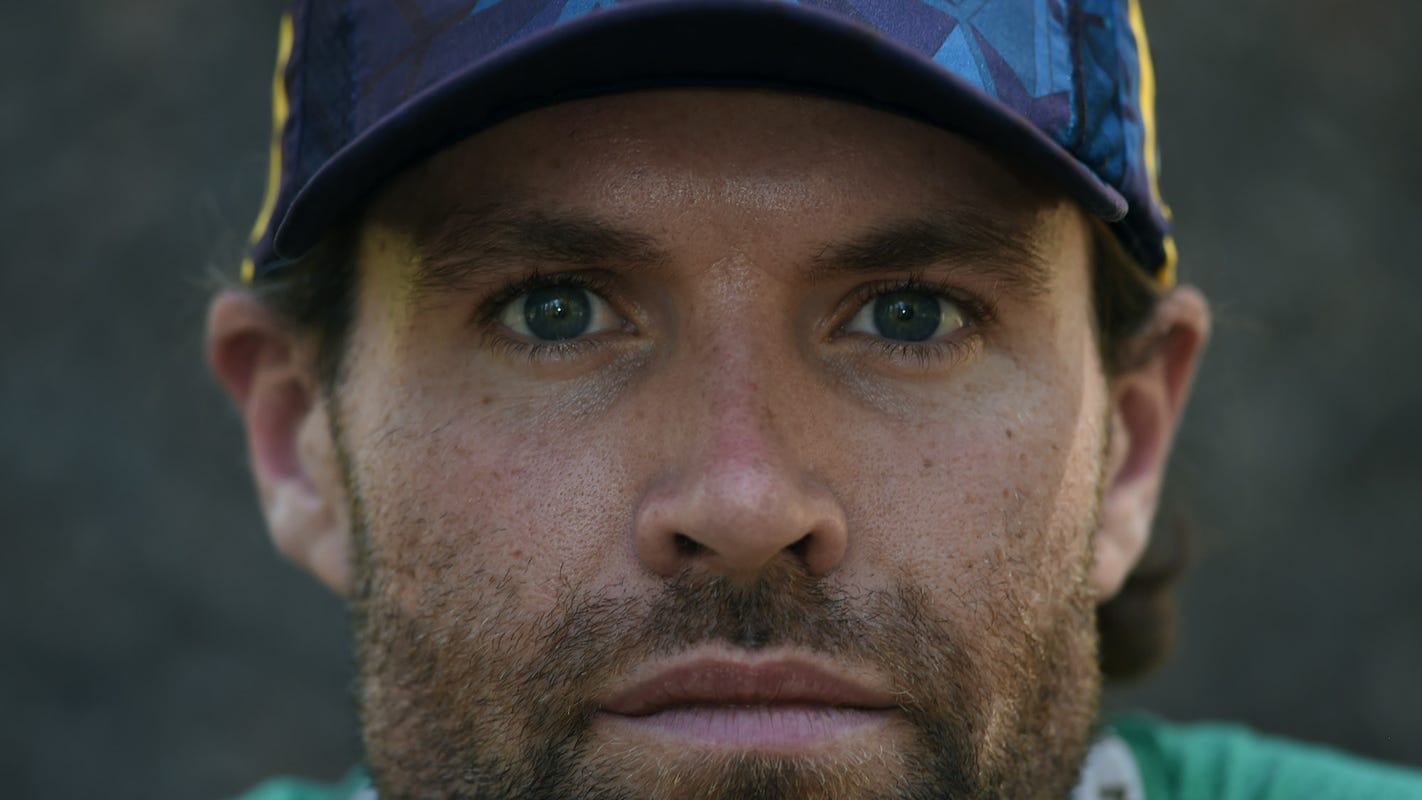 
What could you accomplish in 37 hours?

For Adam Kimble, the answer is simple – run around Lake Tahoe.

On July 18, the Tahoe City, California, resident crushed the previous record for the fastest known time for a supported run on the Tahoe Rim Trail, a roughly 170-mile path that circumnavigates Lake Tahoe. He completed the feat in 37 hours, 12 minutes and 15 seconds, almost an hour and a half faster than the previous record.

“Everything I do revolves around running,” he said. “Training is a big part of my life. When COVID started, I told my wife, ‘we might come out of this more fit.’”

The joy is in the running

Growing up in the Midwest, the 6-foot-3-inch, 175-pound Kimble “was not really into running at all then. I come from a sports background, both my parents are athletes, but running is not part of their background.”

After playing baseball in college, he missed the camaraderie and competition of organized sports. Watching his father-in-law run races, he felt he saw some of that spirit between runners.

He did his first ultra-marathon, defined as anything over the traditional marathon distance of 26.2 miles, in 2014 in Indiana. He completed a 31-mile race, a 50-mile race and a 100-mile race within the span of five months.

“The longer the run, the more I enjoyed it,” Kimble said. “Once I got into ultras, not only was I enjoying it more, I was having more success.”

In 2016, Kimble ran across the United States. He started in Huntington Beach, California, and ended at Tybee Island in Georgia. It took him 60 days.

That same year, Kimble, 33, and his wife, Karen, also a runner, moved to the Tahoe area from the Midwest.

In 2017, he ran the length of Great Britain, from the top of Scotland to the tip of England, as well as tagging some mountain peaks, in 30 days, the fastest known time.

“The joy is in the running,” he said. “The record motivates me.”

The result? The trail has slowly grown in length.

When world-class Spanish ultrarunner Kilian Jornet set the previous supported record of 38 hours, 32 minutes in 2009, the trail was about 165 miles long.

The trail is now estimated to be closer to 171 miles in length – meaning Kimble ran an extra six or so miles, despite running the trail nearly an hour and a half faster than Jornet.

Kimble made his first bid for the record on the Rim Trail in October, when he clocked in at 45 hours, 36 minutes.

He hit several obstacles, including what he described as too many hours running in the dark.

In both attempts, “Night hours were my lowest points. The energy is subsiding, there’s not a lot of people cheering, and you just have to grind it out,” Kimble said.

In October, he stopped for what he described as a “refreshing” 20-minute nap.

This year, “because I was close to record pace, my mind was in a different state and I couldn’t turn my brain off,” he said. He didn’t sleep at all during the 37-hour run.

‘An obscene amount of math’

In July, at mile 122, Kimble was 45 minutes behind the record pace.

“I knew if things went well, I could do better in the last 50 miles,” he said.

“The joy is in the running,. The record motivates me.”

He spent the last 50 or so miles “doing an obscene amount of math,” he said. “If I run this pace, for this many miles, how far would I be ahead of the record or behind the record?”

Around 30 miles from the finish, Kimble passed, for the second time, a friend running the Tahoe Rim Trail in the opposite direction.

He thought, “we’re going to get this, I’ve gotta just keep doing what I’m doing.”

He crossed the finish line in Tahoe City running a 9:13 mile.

So, what is next for the professional runner, running coach and motivational speaker?

“The wheels are spinning,” Kimble said.

He’s toyed with running across the U.S. again, or attempting a speed record on the Pacific Crest Trail. He’s also looking at an 1,800-mile run across the Te Araroa trail in New Zealand.

“The thing I’ve learned about expeditions is, to keep yourself motivated, you have to provide ample time in between,” he said. “I try to space them out at least a couple of years, so I don’t burn myself out.”

Kimble said the sweet spot of long-distance running for most people is from their early 20s to late 40s, and he estimates he has about 15 strong years of racing left.

“One thing I’ve been grateful for since moving out here is seeing people in their 60s, 70s, 80s doing really active things,” he said. “You just don’t see that in the Midwest. I get a lot of inspiration from the older crowd out here.”

Amy Alonzo covers Mason Valley and rural Nevada. Reach her at aalonzo@masonvalleynews.com or (775) 741-8588. Here’s how you can support ongoing coverage and local journalism.