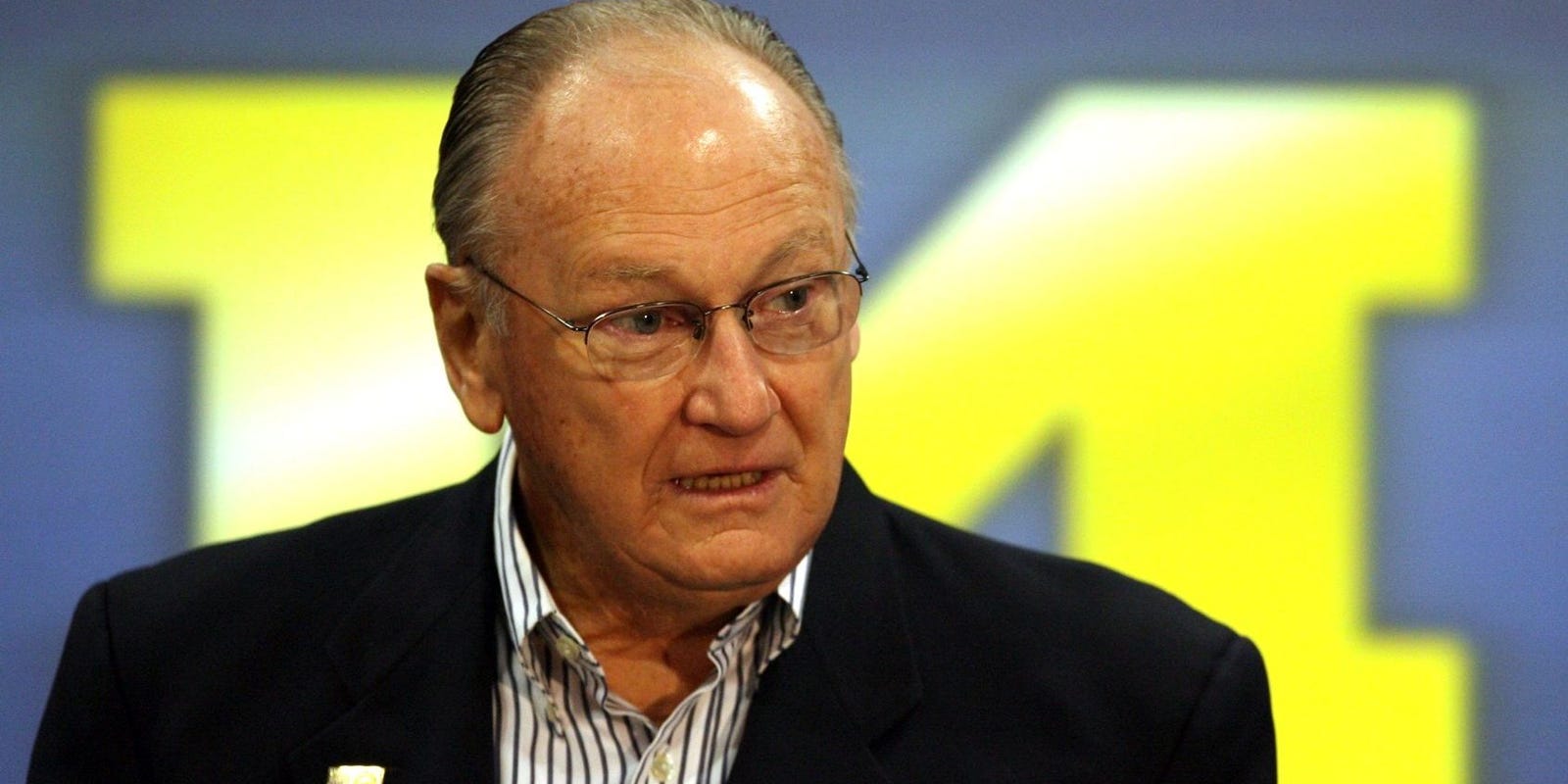 Legendary University of Michigan football coach Bo Schembechler was told by a student in 1981 about sexual assaults being carried out by then-football team doctor Robert Anderson, according to a lawsuit filed Thursday against the school.

The suit alleges the student — who is filing as an unnamed “John Doe” — told Schembechler he was digitally penetrated by Anderson during an exam for migraines.

“The revelations involving the failure to act on the part of Bo Schembechler are troubling but should not be surprising,” said attorney Jamie White. “We have seen this trend play out with institutions all over the country, including but not limited (Penn State football coach Joe) Paterno, leadership in the Catholic Church and Boy Scouts of America, and most recently Michigan State University.

“The Schembechler revelations are going to be disturbing to many but the university will not heal and be able to move forward from this horrific period until there is a complete accounting of what went wrong.”

The suit says Schembechler told the student to report the assaults to then-athletic director Don Canham, who took no known action on the reports. There’s no indication whether Schembechler followed up. Anderson remained the football team doctor for decades following the report.

The university announced earlier this year that it was investigating allegations of abuse by Anderson. Numerous men have come forward publicly and in lawsuits to allege that Anderson molested them during medical exams during his decades-long career as a physician for the school’s athletic teams and at the university’s health service.

Anderson’s sexual assaults were so well known among Michigan athletes, accusers have said, that he earned nicknames — “Dr. Drop Your Drawers” and “Dr. Glove.” Anderson was known to give unnecessary rectal and testicular exams to students. He also allegedly traded sexual favors for letters to Vietnam-era draft boards establishing men as homosexual and thus making them eligible for a draft deferment.

There are already more than 70 suits filed in federal court against the University in regard to Anderson’s behavior. The lawsuit filed Thursday adds 50 more accusers, including Dr. James Barahal, the CEO of the Honolulu Marathon. Barahal has previously talked publicly about being assaulted while a U-M student.

Michigan and those suing are scheduled to enter mediation in September. Eight days have been set aside for formal mediation. Lawyers have said hundreds of other victims haven’t filed lawsuits yet.

In 1981, a Michigan student who was a member of a broadcast team was suffering from migraines. The student went to Schembechler, whom the student knew from his work with the team, and asked who he should visit for treatment.

Schembechler recommended the student visit Anderson. During those exams, he was digitally penetrated, the lawsuit alleges.

“Upon the advice and direction of Head Coach Schembechler, (the student) reported the sexual abuse directly to Athletic Director Canham.”

This is not the first time Canham has been accused of knowing about the sexual assaults.

A former U-M wrestler named Tad Deluca came forward in February about a letter he wrote in 1975 and sent to his coach and Canham reporting that Anderson had sexually assaulted him. Deluca said he was thrown off the team after his report. A letter back to Deluca from Canham confirms the loss of the scholarship. Deluca and his attorney, Parker Stinar, have not released the letters, but have read portions of them to the media.

Anderson’s close ties to the program

In letters, memos, postcards, meeting minutes and other official papers documenting Canham’s and Schembechler’s time at Michigan, Anderson’s name pops up regularly. He’s found in letters documenting ideas discussed on football team plane trips, on rosters for stays at hotels for bowl games, and even in less-than-flattering reviews of his doctoring, a Free Press review of boxes of documents stored at U-M’s Bentley Historical Library show.

The Free Press could find no documents in the official collection that show Schembechler or Canham knew about Anderson’s alleged sexual misconduct.

By the mid-1980s, Schembechler was a coaching icon. The winningest Division I coach in college football in the 1970s, he had won with a slight edge in the Ten Year War with the Ohio State University and Coach Woody Hayes. Schembechler’s offense was diversifying and in 1985, led by now-coach Jim Harbaugh at quarterback, Schembechler’s Wolverines had one of their finest seasons under the legend. They went 10–1–1, beat Nebraska 27–23 in the Fiesta Bowl, and ended with a No. 2 ranking in the final polls, the highest finish ever for one of Schembechler’s teams.

And along for every season? Anderson.

When Michigan headed to the Rose Bowl in 1978 to play the University of Washington, a handwritten list of the traveling party staying in the team hotel included Robert Anderson and family, according to documents housed in the Bentley archives. Anderson’s name is also included on every other roster or traveling party collected in Schembechler’s papers, a Free Press review found. Anderson is also found throughout athletic department papers about the football program covering all sorts of topics and across decades.