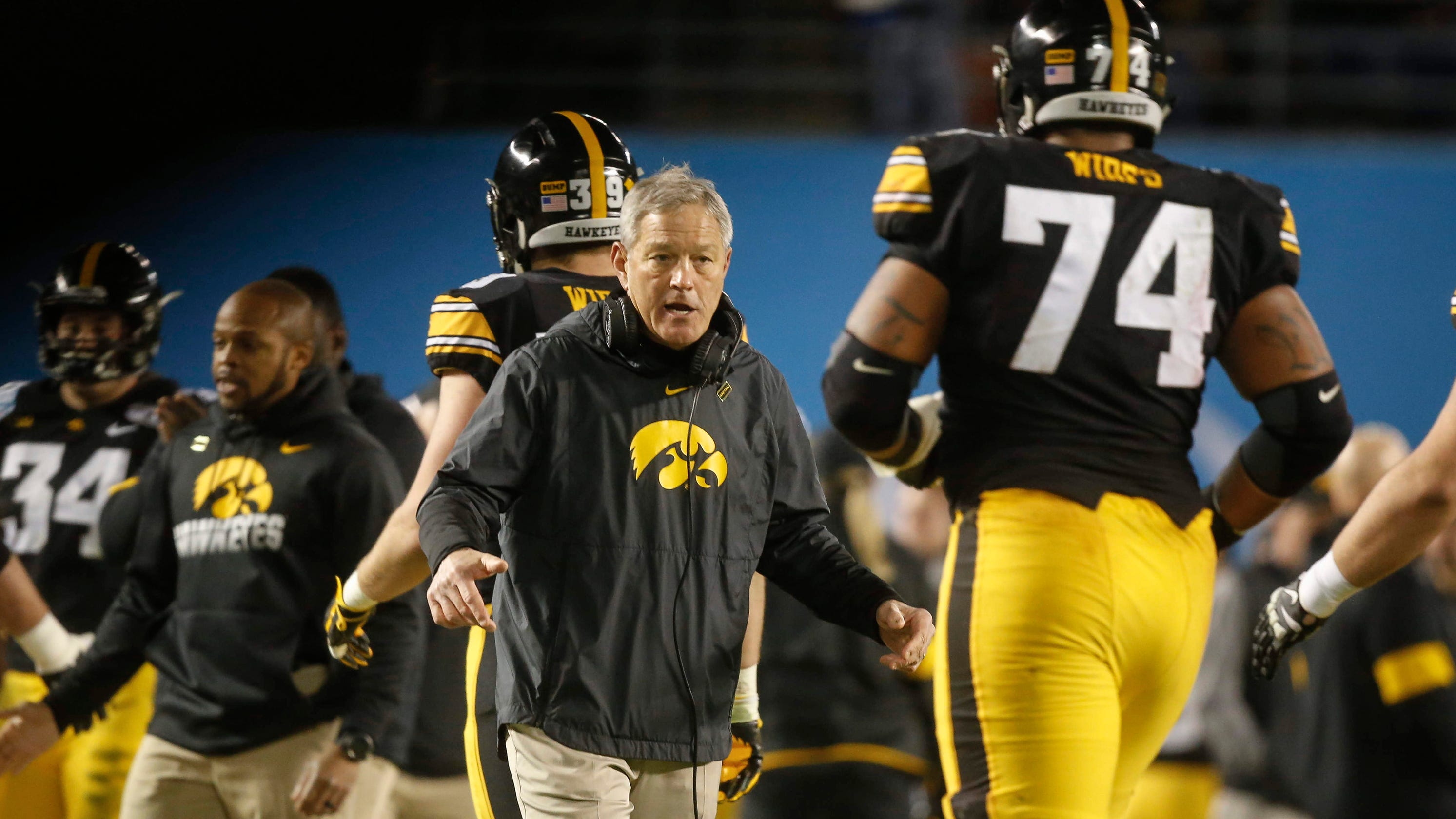 IOWA CITY, Ia. — An investigation of Iowa’s football culture revealed that Black players often felt they were treated harshly but largely exonerated head coach Kirk Ferentz of being the root of the problem.

The long-awaited report by the Husch Blackwell law firm was released by the university Thursday morning and was consistent with the complaints raised in the past two months by many Black former Hawkeyes — namely that they felt the need to conform to an “Iowa way” of doing things that “was built around the stereotype of a clean-cut, White athlete from a midwestern background.”

“In sum, the program’s rules perpetuated racial or cultural biases and diminished the value of cultural diversity,” the report reads. “The program over-monitored players to the point that they experienced heightened anxiety and maintained a culture that allowed a small group of coaches to demean players.”

In addition to what was included in the 28-page report, the law firm also provided the university with four “personnel reports” about unspecified current and former employees of the department that will remain confidential. That means that only former strength and conditioning coach Chris Doyle will be removed from his position, which occurred June 14 with a $1.1 million settlement that included no admission of wrongdoing. Offensive coordinator Brian Ferentz, Kirk Ferentz’s son, and linebackers coach Seth Wallace both had allegations of abusive language made about them last month, but Doyle was most often singled out by former players for abusive treatment.

COLLEGE FOOTBALL TICKET DILEMMA: ‘For every two seats that are put together, I’m killing 20 seats’

“Players and coaches uniformly agreed that the Iowa football program is based on a foundation of discipline and accountability,” the report reads. “Several current and former players shared the view that some coaches have used those values to create and perpetuate an environment that bullies and demeans athletes, especially Black athletes.”

The report asks athletic director Gary Barta and Kirk Ferentz “to create action steps aimed at improving the culture of the program, eliminating biases, encouraging student-athletes to report concerns of mistreatment, and amplifying the University’s policy statement against retaliation within the football program.”

“While many players shared criticisms about the program generally or their personal experiences with certain coaches, most players commented positively about Head Coach Kirk Ferentz and his leadership of the program,” the report read.

“It is clear that the climate and culture must and will change within our football program. Our student-athletes must have the ability to be true to themselves, and we cannot and will not tolerate a systemic process that inhibits authenticity.”

Iowa athletic director Gary Barta and Ferentz are scheduled to meet with the media at 1 p.m. Thursday.

The law firm interviewed 74 current and former Hawkeye football players, and concluded that most of them were supportive of Ferentz, who has been head coach since 1999, the longest-tenured in FBS. The bulk of the players interviewed — 45 of them — are on the current roster. The report said those players “were uniform in their belief that the environment in the football program has improved significantly since the inception of this review.”

Iowa announced the investigation June 15, the day after it parted ways with longtime football strength and conditioning coach Chris Doyle. Doyle, who was paid $1.1 million, was most often named as the perpetrator of racially insensitive behavior and language by former players. He had been at Iowa for 21 years and was the highest-paid college strength coach in the country at $800,000 annually. His payout came at a time when the university athletic department was absorbing $15 million in cutbacks because of the financial toll the COVID-19 pandemic is taking on sports.

Iowa head football coach Kirk Ferentz celebrates a touchdown with his players against USC during the Holiday Bowl on Friday, Dec. 27, 2019, at the SDCCU Stadium in San Diego, Calif. (Photo: Bryon Houlgrave/The Register)

Husch Blackwell assigned three lawyers to the Iowa probe — Hayley Hanson, Demetrius Peterson and Kristine Zayko. Hawkeye athletic director Gary Barta said at the time that the interviews and subsequent report would be done in weeks, not months. The law firm was chosen by Iowa’s general counsel office, which also oversaw the work and will keep the full contents of the report confidential. The university only released a summary of the findings.

The outpouring of former Hawkeye football players who questioned their treatment while on the team began June 5 after coach Kirk Ferentz went on national TV to discuss the team’s response to the death of George Floyd while in the custody of Minneapolis police. Faith Ekakitie and James Daniels were among recent Black players at Iowa who said they were treated differently because of their race. Others, like Jaleel Johnson and Amani Hooker, soon offered their own criticisms.

In response, Ferentz lifted his ban on current players speaking out on Twitter and admitted that he had “blind spots” with regard to the experiences of his Black athletes during his 21 seasons leading the Hawkeyes. He formed an advisory group of 10 former players to help him make things more equitable.

The is a developing story and will be updated.

Mark Emmert covers the Iowa Hawkeyes for the Register. Reach him at memmert@registermedia.com or 319-339-7367. Follow him on Twitter at @MarkEmmert.