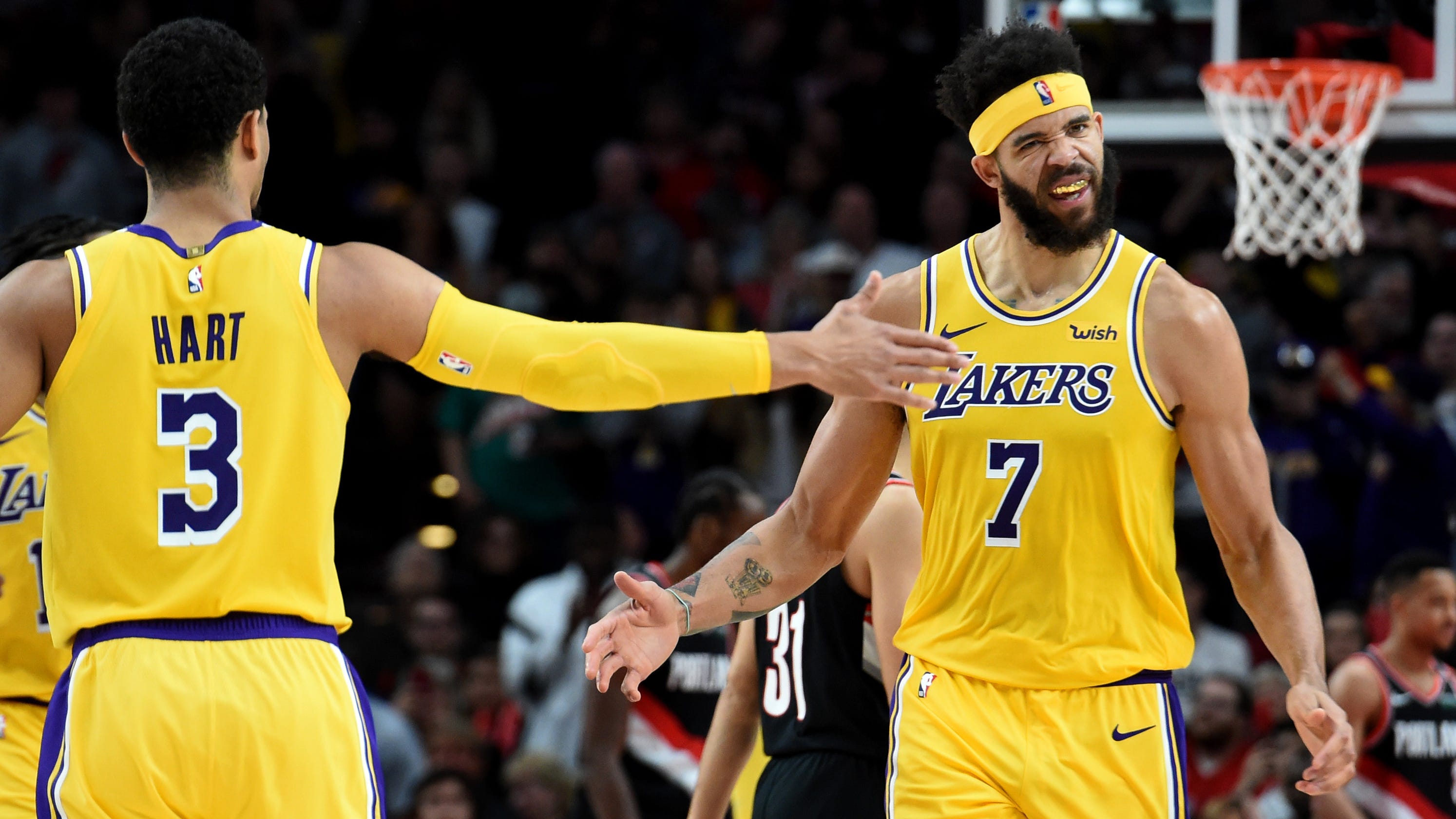 This is the second entry of an ongoing series highlighting what life is like in the NBA bubble. We profile JaVale McGee, the Los Angeles Lakers’ starting center. This diary entry is based on an interview with USA TODAY Sports, and has been edited for length and clarity.

Truthfully, I didn’t have any expectations with the NBA bubble. I didn’t have any idea on how it was going to work. Even when I got here, I didn’t expect it to be as organized and put together as it is. It truly is amazing the money and the time the NBA put into making all the facilities top-notch.

The weight room and training rooms have the greatest equipment. The gyms are extremely accessible. Everything is close. We have great food on campus, and there are all types of food. It’s not bad at all. I know a lot of people were complaining about the food early, but that was just the early food during quarantine.

So shoutout to Beyond Meat for sending products down to the bubble because it’s very necessary for a vegan like me. My diet has been pretty good. You have a lot of options that contain Beyond Meat. Today I had Beyond Steak, which are little steak patties that look like filet mignon. It has mushroom drizzle on it. It was really delicious. A plant-based diet is very important for me. I play a lot better with my weight down. Being on a plant-based diet really keeps my weight down. That’s something I figured out a while ago. I don’t play well when I’m heavy. I’m better playing lean because I’m an up-and-down player.

So it’s been working out well. I feel like we’re pretty good. Everyone stayed professional over the break and didn’t give up. We didn’t know if we would have the season. They never really told us until about a month before that we would have a season. So some people could’ve gotten in really bad shape and not do anything and think they have a summer. But I think everybody stayed focused, locked down and kept their diet right, even though we couldn’t really go to the Lakers’ facilities. That’s pretty impressive.

But we don’t want us playing basketball to diminish the goal of social equality, especially in the Black community with getting justice for Breonna Taylor and others. We want to play the game that we love to the best of our ability, but we also don’t want to be silenced in our protest. Is there a plan to do anything for the season restart? If there is a plan, that’s between the team.

I like to share a lot of things, though, on my vlog. The way I decided was random. I was packing everything up when I was Facetiming my media director, Devin Dismang. I asked him, ‘Do you think I should bring my cameras?’ He said, ‘Yeah why not? You can film everything and post it video blog style.’ So I said, ‘Yeah, I’ll do it.’ That’s literally how it happened. I just made sure I left my camera out and packed everything up. I’ve logged everything from getting to the car on my way to the airport as well as behind-the-scene conversations with my teammates.

I feel like it’s an aspect that no one really gets. I feel like something ‘behind the scenes’ isn’t really behind the scenes. We’re sort of acting because we don’t want to do this wrong or do that wrong. But with my vlog, you’re getting real people, real reaction and the real way that they talk. It’s a whole different perspective. You get to see the day-to-day of an NBA player on an elite basketball team with the LA Lakers. That is a vision or view no one has ever had. I don’t know if I’m the first one to attempt this or be successful at it. But I’m honored to be able to do it.

The feedback has been amazing. I wasn’t expecting it to pop like this. It immediately skyrocketed. The fans love it. I read all the comments and I respond to it. I like to know what people think about the videos. Some things that I think are normal, they find that to be special. But I also have to know I have a whole different perspective. Sometimes I wake up, and I don’t have anything to shoot today. But some people want to see me not do anything. I’m getting more and more used to it. It’s a really quirky thing with the vlog style. I try to show my day-to-day.

Most days, I wake up, practice, have lunch, get the COVID test and then figure out something to do. Maybe we’ll go fishing or do a couple of activities. It’s almost like a camp. When I’m out here, I try to get something done like go to the pool, read a book, get some music done or read emails. I’ve been reading a book by Garrett Sutton called “Start Your Own Corporation.” I’m trying to dive into financials and figure out the way to do things rather than just listening to my financial advisors and trust everything they say. Although I do trust everything they say, I just like to be well informed myself. If you’re thrust into the real world and you don’t know these things, you would need to major into accounting to actually know them. So I’m just trying to do the research.

So everything is great besides not being able to (be with) my family. I’m trying to handle it the best I can. I Facetime my daughter every day. She just started swimming by herself. That is heartbreaking. I taught her how to swim her whole life. Then as soon as I leave, she decides to become Michael Phelps’ daughter.

There are certain moments like that I miss. I talked to somebody else about how they missed their child’s first step and their first birthday. There are certain moments in life that you take for granted, but you look back and you think, ‘I missed that’ and ‘I missed that.’ But it’s all technology now. So you have to Facetime people and call people instead of meeting up face-to-face and going to dinners. That’s probably the only difference from the real world and being here in the bubble.