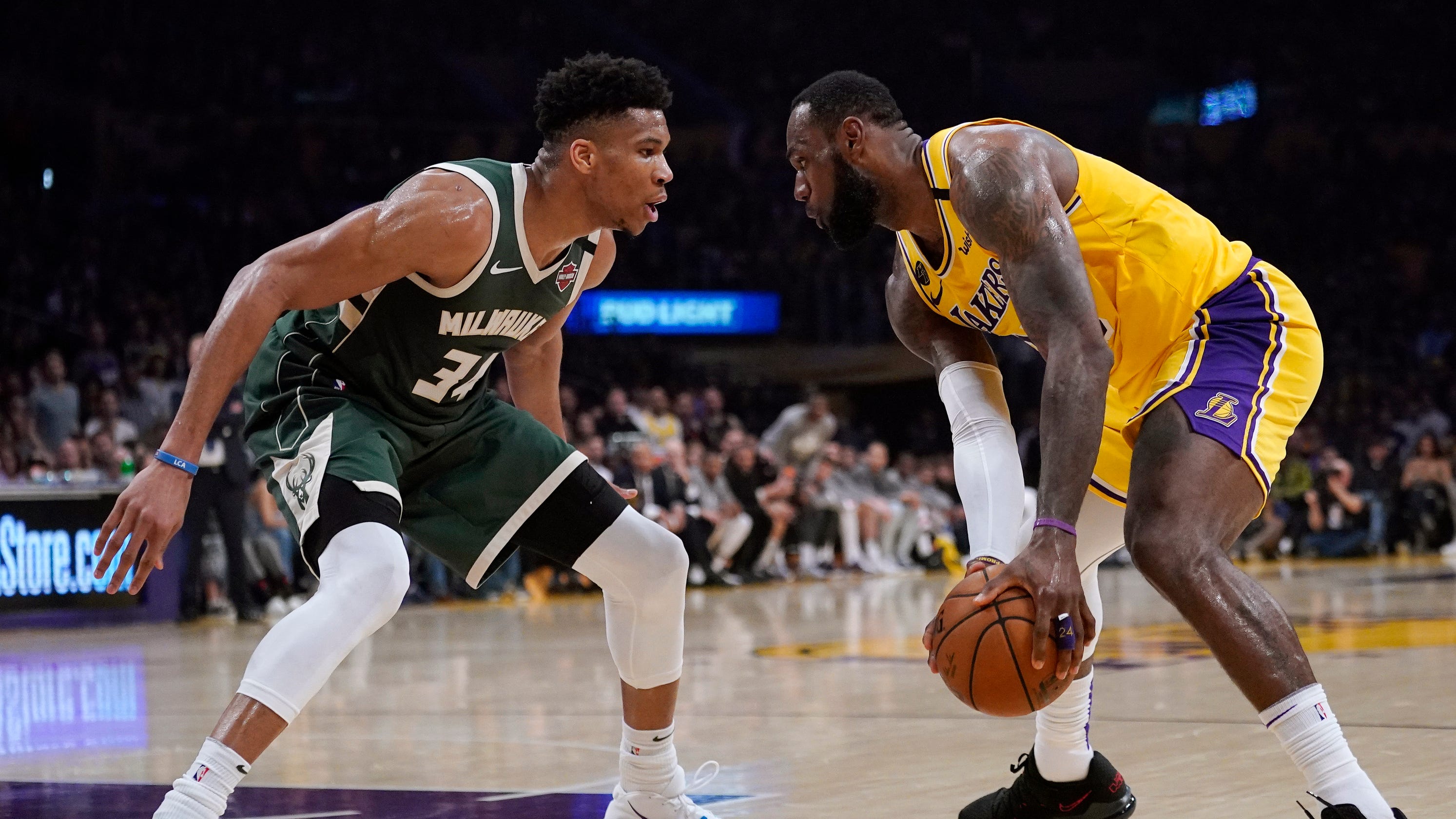 How all 22 teams in Orlando bubble stack up

Four months after the NBA shut down because of the coronavirus pandemic, where do teams stand heading into the season reboot?

As some teams get players back at full-strength after injuries while others must wait for stars to come out of quarantine, our experts give their perspective before the restart of the 2019-20 season.

Just the 22 teams playing in the Orlando bubble have been ranked, with the other eight teams left out because their seasons have concluded.

1. Los Angeles Lakers.LeBron James is on quest for his fourth title and figures to be back in MVP form by the playoffs following the four-month break. But Anthony Davis might be the key for this championship push, while role players like the recently-acquired J.R. Smith will have to perform. At the restart, Los Angeles has all the ammunition to be out front as the favorite, especially with a rested James and Davis.

2. Milwaukee Bucks. Giannis Antetokounmpo and Co. remain the favorite to come out of the East, and statistically this is the best team in the league entering the restart – leading the NBA in net rating and defensive rating. This squad looked at full strength in scrimmages and it’s difficult to imagine the layoff offsetting the Bucks’ momentum.

3. Los Angeles Clippers. Lou Williams will miss some games during his 10-day quarantine following a strip club fiasco. And there’s signs that a complete roster won’t be available right at the restart. But a playoff-seasoned coach in Doc Rivers, the reigning Finals MVP in Kawhi Leonard and a star like Paul George with takeover abilities make a winning recipe.

4. Toronto Raptors. A veteran-laden roster with championship experience gives this team an edge nearing the postseason. Serge Ibaka and Pascal Siakam head a rested frontcourt while the backcourt tandem of Kyle Lowry and Fred VanVleet should continue to be a major threat.

5. Boston Celtics. Jayson Tatum gives coach Brad Stevens a youthful star poised for a playoff outburst, while a seemingly healthy Kemba Walker puts this team at full strength and as dangerous as it’s been in the past several seasons.

6. Denver Nuggets. The lack of personnel during scrimmages makes it difficult to gauge how strong this team will be come playoff time. But Nikola Jokic is a superstar who can carry a team while the rest of the players rekindle their rhythm.

7. Houston Rockets. With both James Harden and Russell Westbrook on the court healthy, the Rockets have the most fearsome backcourt in the game. The question is whether coach Mike D’Antoni’s small-ball defense can manage a deep run.

8. Miami Heat. Coach Erik Spoelstra has perhaps the deepest team ahead of the NBA’s restart, which could be vital in such an uncertain bubble environment. Jimmy Butler has a track record of strong playoff performances, while young All-Star big man Bam Adebayo is a good complement.

9. Philadelphia 76ers. Point-forward Ben Simmons and big man Joel Embiid have grown enough as co-stars to turn the Sixers into contenders in the East. Glue guys Tobias Harris and Al Horford will have to be on their A-game.

11. Dallas Mavericks. If Luka Doncic comes back as an MVP-caliber player, the Mavs have a chance to rise up in the Western Conference standings, away from a No. 7 spot that could spell doom. But either way, with sidekick Kristaps Porzingis healthy, Dallas has the firepower to shake up the West’s playoff picture.

12. Utah Jazz. The narrative between stars Rudy Gobert and Donovan Mitchell has overshadowed how good this Utah team can be when at full strength. It will take an effort by committee to fill in for Bojan Bogdanovic’s offense, though.

14. Portland Trail Blazers. The Blazers are well positioned to be the dark-horse of the NBA’s restart but will have work to do right out of the gate to snag a playoff spot. It helps having back Jusuf Nurkic and Zach Collins, both of whom looked stellar in scrimmages, and that gives Portland a whole new outlook – one in which Damian Lillard doesn’t have to score 40-plus points a night to secure wins.

15. New Orleans Pelicans. If Zion Williamson is available, New Orleans stands a strong chance of catapulting into the Western Conference playoff picture. One of the most intriguing teams in the bubble based on upside, the supporting pieces (Brandon Ingram as an All-Star, Lonzo Ball throwing alley-oops, JJ Redick making threes) to Williamson are in place.

16. Memphis Grizzlies. Likely Rookie of the Year Ja Morant is the face of this up-and-coming team, but Jaren Jackson Jr. and Brandon Clarke add the extra punch for a team looking to solidify a playoff bid in the final eight-game stretch.

17. Orlando Magic. Markelle Fultz has offensively dazzled in spurts, while Jonathan Isaac comes back as an elite defensive player. Expect Orlando to make some light noise while staying in the East’s playoff picture.

18. Sacramento Kings. Not getting Marvin Bagley III back makes a playoff push more challenging, but De’Aaron Fox, Buddy Hield and Bogdan Bogdanovic give Sacramento a fighting chance for the franchise’s first playoff bid in 14 years.

19. San Antonio Spurs. It’s hard to rule out a Gregg Popovich-coached team, but if there’s one to count out, it’s this one. That’s because the Spurs will have the odds stacked against them with LaMarcus Aldridge out.

20. Brooklyn Nets. The Kevin Durant and Kyrie Irving-less Nets will have to depend on Caris LeVert, Joe Harris and a batch of players that don’t bring the star-power necessary for a deep playoff run.

21. Phoenix Suns. Deandre Ayton has a chance to break out in the final eight regular-season games, while Devin Booker is capable of spearheading an offensive onslaught. How well those two stars blend and produce will determine Phoenix’s fate.

22. Washington Wizards. Don’t expect the Wizards to do much of anything in the NBA’s restart without Bradley Beal and Davis Bertans, considering this was statistically the worst defensive team in the league. Still, it’s time to grow young talent, making rookie Rui Hachimura a player to keep an eye on.