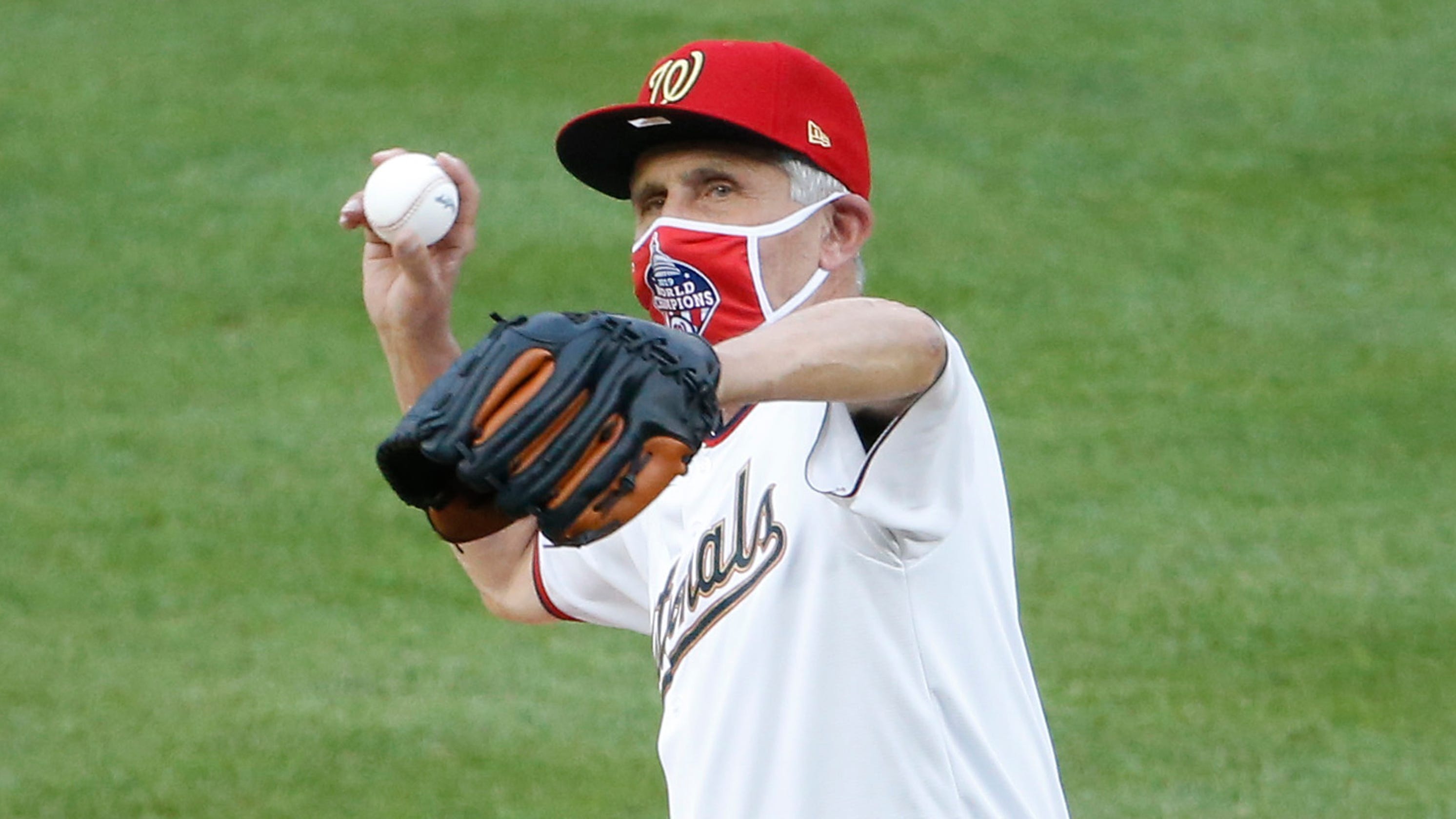 Next time, Dr. Anthony Fauci will need a measuring tape to make sure he’s practicing at the proper distance.

The director of the National Institute of Allergy and Infectious Diseases has declared his wild first pitch that rung in the pandemic-delayed 2020 season a “mishap.”

He explained on the ESPN Daily podcast:

“It certainly was a mishap on my part. I had been practicing for two days before at a walk-down that I thought was 60 feet, but was really, probably, about 45 feet,” the Washington Nationals fan said. “And I was throwing and throwing and throwing, and I got it right. But only it was at 45 feet and I kind of hurt my arm because I haven’t thrown a baseball, literally, in decades.”

Fauci figured he’d suck it up for one more toss. But when he walked out to the mound at Nationals Park and gazed toward home plate, Doolittle “looked like he was 200 feet away.”

“I completely changed the form of my throw, and instead of just lobbing it overhand, which would have landed right in front of him, I wound up and threw it like a bullet, only it just went way off to the left,” Fauci said. “So it was my bad all the way.”

As Major League Baseball grapples with the fallout from the coronavirus outbreak among the Miami Marlins, it’s actually a scenario the league consulted Fauci on prior to returning.

“When I had discussion with some of the officials of different teams, as well as the MLB in general, we went over the different kinds of protocol, the testing,” he said. “One of the things that came up as a big concern is ‘What happens if a cluster of players get infected, and how are you going to handle that?’ Are you going to wind up shutting down the team, would it then impact on other teams that would be playing? So it was a consideration. I think we’re going to have to take it on a day-by-day, week-by-week basis.”

Thus far, Fauci believes MLB has done well in its response to the Marlins outbreak. The Marlins’ season is paused until at least Tuesday after 16 players and two coaches tested positive for the virus.

However, another such spread on a different club could have deeper, league-wide ramifications, such as the suspension of the season.

“I have enough faith in the good judgment of the people who are making that decision that it seems likely that they will at least consider that as a possibility if you have multiple outbreaks,” Fauci said. “Whether or not they’re going to do it, I think I’ll leave it up to their good judgment.”