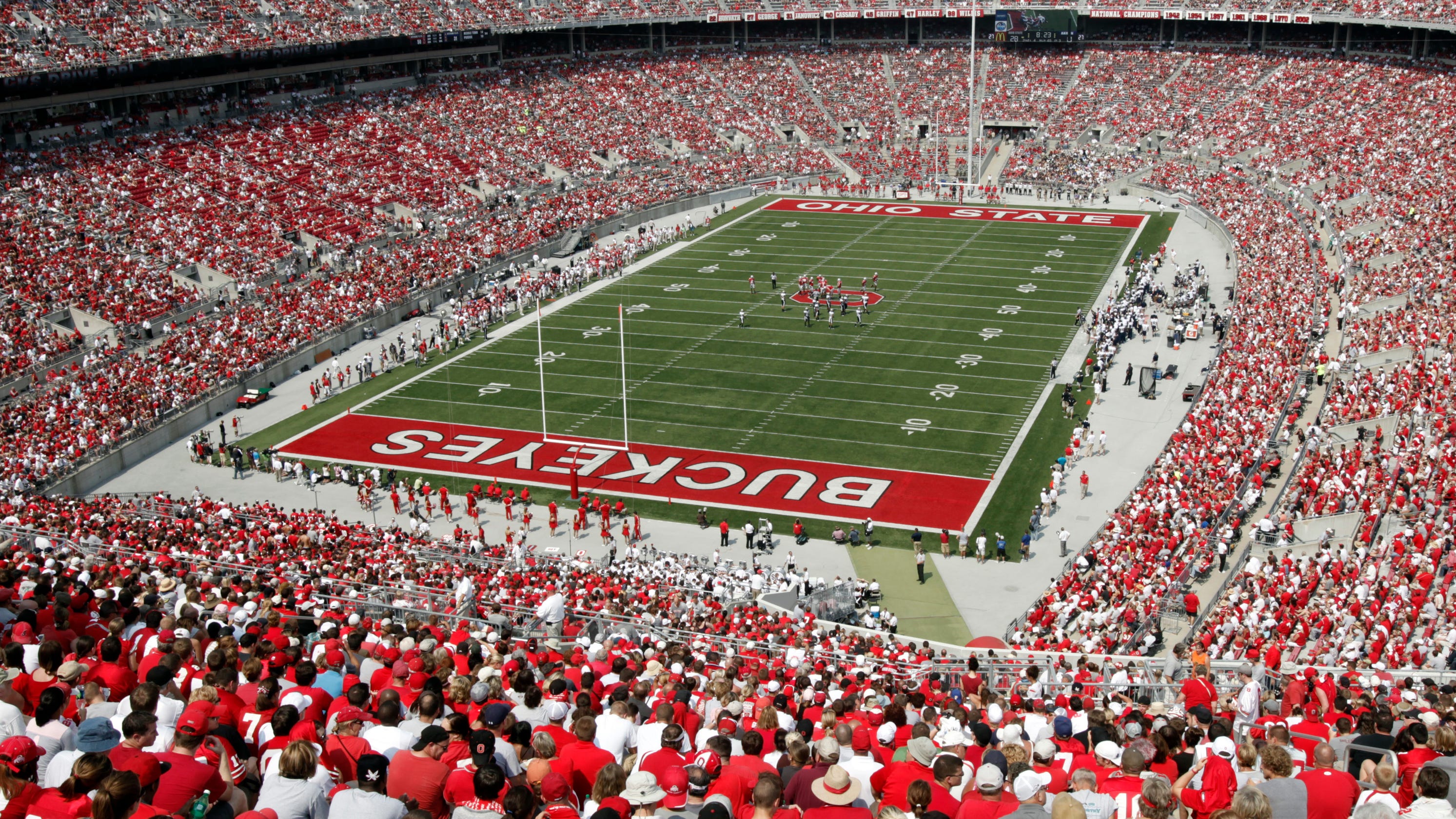 SportsPulse: From high school Friday night lights to Monday Night Football football is an engrained part of American culture and our fall sports calendars. What would a fall without it do to the American sports psyche?

Beginning in May, when it became apparent the coronavirus pandemic would linger beyond the spring and summer, athletics departments in the Bowl Subdivision began reaching out to season-ticket holders to provide three options in the face of escalating uncertainty.

The first was to convert payments made for 2020 season tickets into a tax-deductible gift. The second was to apply that payment toward season tickets for the 2021 season. Under the third option, ticket holders could simply request a refund.

There has always been a fourth choice: to retain those tickets for the 2020 season and attend games under a baseline of new policies, including limitations on bags, mandates on wearing masks and bans on leaving and reentering the stadium.

Now, with the potential season looming and a clearer picture begin to emerge on how many ticket holders are opting in for 2020, athletics departments are modeling several different scenarios for how to approach ticketing and seating during a season unlike any other — and just how, exactly, to put together a plan that meets the potential demand for tickets while matching guidelines outlined by conferences, local health officials and national health organizations.

“This seating process is like a giant puzzle,” said Shaela Priaulx, assistant athletic director for ticket services at Boise State, “and I don’t have a picture of what this puzzle looks like. I’m piecing it together piece by piece.”

Ohio State will limit home crowds to about 20,000 and prohibit tailgating if the football season is played this fall. Fans inside Ohio Stadium will be required to wear masks and observe social distancing to help stem the spread of the coronavirus pandemic. (Photo: Amy Sancetta, AP)

More: Opinion: Lots of sound and fury from college football but no real plan to play in COVID-19 era

While adapting to changing health guidelines and waiting for confirmation the season will go ahead as scheduled, schools are using science, math and analytics to map out how to safely ticket and seat fans at games while limiting attendance to a fraction of normal capacity.

Given the uncertainties surrounding scheduling — two Power Five leagues have canceled non-conference games while a third will allow one non-conference game  — schools are assessing a wide range of options, including contingency plans that account for zero fans in attendance. Nearly all are shaping ticketing strategies amid a series of unknowns: Southern California, for instance, is awaiting guidelines from government, health and campus officials, and like the rest of the Pac-12 is unable to make any major decisions on ticketing while the league creates a conference-only schedule.

Ticketing is a major source of revenue for athletics departments. For schools in the Power Five, revenue created through ticket sales is exceeded only by revenue earned through royalties, media rights and licensing fees. Texas generated $67,081,013 in ticket sales among its $223,879,781 in total revenue during the 2019 fiscal year, which led all Division I public schools, according to data compiled by USA TODAY Sports.

No program in the FBS will have anywhere near full attendance, though some, such as Iowa State, are planning for roughly half capacity during home games. In an email sent this week to ticket holders, Ohio State said seating during the season would be limited to 20%, dropping attendance at Ohio Stadium from 104,944 to 20,989. Texas announced Wednesday it would limit capacity to 25%, dropping from a plan issued last week to season-ticket holders to hold games at 50% capacity. Nebraska athletics director Bill Moos has said that regardless of limitations on seating, any game that is at the full capacity of allowed attendance would maintain the nation’s longest sellout streak, which dates to 1962.

To guide the ticketing process, schools are leaning first on the policies created by local health officials for determining the largest allowable crowd size, which are informed by the advice offered by the Centers for Disease Control and Prevention but vary dramatically from state to state.

The basic guidelines on social distancing — maintaining at least six feet of distance, particularly in a situation where attendees are convening from different locales — is forcing ticketing offices to create open space in stadiums that are built to accommodate shoulder-to-shoulder crowds. For example, a row of 25 seats may now only seat four groups of two as a way to provide separation, a task made even more complicated by the need to eliminate aisle seating to create safe walking space.

For those schools with season-ticket lists that account for a third or more of total attendance under normal conditions, it’s these local health guidelines that will eventually determine capacity and ticketing. Some states are allowing larger crowds; some programs, such as Michigan, are still awaiting instructions from the governor’s office. Due in part to this uncertainty, Michigan is not opening ticket sales to the general public.

“It’s one of those things that they are all trying to wait and see how everything evolves and really be strategic and creative where they can,” said North Carolina State senior associate athletics director Fred Demarest. “Just understanding it’s going to take a highly nimble approach to everything because there is no blueprint for this.”

To help model various options for seating and ticketing, N.C. State has leaned on its partnership with SAS Institute, an analytics firm headquartered in Cary, North Carolina. N.C. State can offer up scenarios: attendance at 50% capacity, at 25% capacity, with social distancing in place. Using the layout of Carter-Finley Stadium, SAS can come up with a seating configuration to match each hypothetical, helping N.C. State develop plans for ticketing.

“Whatever model you’re in it will reflect based on that percentage,” Demarest said. “If student tickets at full capacity were X-percentage, well, then at this capacity they’d be this percentage. You’re dealing with a lot of those factors.”

While most of the FBS remains in the modeling stage, even those programs who have progressed to the initial stages of seat allocation are waiting for instructions from conferences regarding bands and visiting fans.

While those arrangements remain in flux, Boise State has started mapping out a seating plan using its priority-points system, which the athletics department uses to rank season-ticket holders to allocate tickets to away games and bowl games, among other benefits. (The Broncos’ roughly 17,000 ticket holders can gain points through donations and by annually renewing their memberships.)

Under this plan, the highest-ranking ticket holder in this points system will retain his or her seats for 2020. Then, Priaulx and the Broncos’ ticket office will build space in all directions around those seats — for a group of four, that would mean eliminating the eight seats in front, the eight seats behind and the four seats on either side, along with ensuring that no other fans are seated diagonally within a safe distance.

“For every two seats that are put together, I’m killing 20 seats around that person, for that group,” said Priaulx. “The capacity won’t be determined until we’ve gone through the whole process and seated everybody.”

As of now, Boise State’s stadium is between 20-35% capacity when all ticket holders are seated, though that percentage varies by section. Areas that include larger groups can seat more people, since all groups, regardless of size, need to be tucked inside the same bubble of space. Some sections of the stadium are at 17% and others as high as 35% capacity, Priaulx said.

At the most basic level, whether allotting for 50% capacity or a smaller percentage, every plan being modeled by FBS programs is unable to account for whether season-ticket holders eventually feel safe enough in a large crowd to attend home games. Also, fans moved within the stadium by distancing efforts must be happy enough with their new seats to accept the inherent risk that comes with being in attendance.

The already complicated scenario of safely ticketing fans could become even more challenging once all these unsettled factors, including the final decisions on crowd size from health officials, are put into play. This ambiguity mirrors the general uncertainty around college football heading into August — namely, whether the season is played at all.

“This is the most difficult puzzle I’ve ever seen and will try and put together,” said Priaulx. “But there could be a lot worse things.”