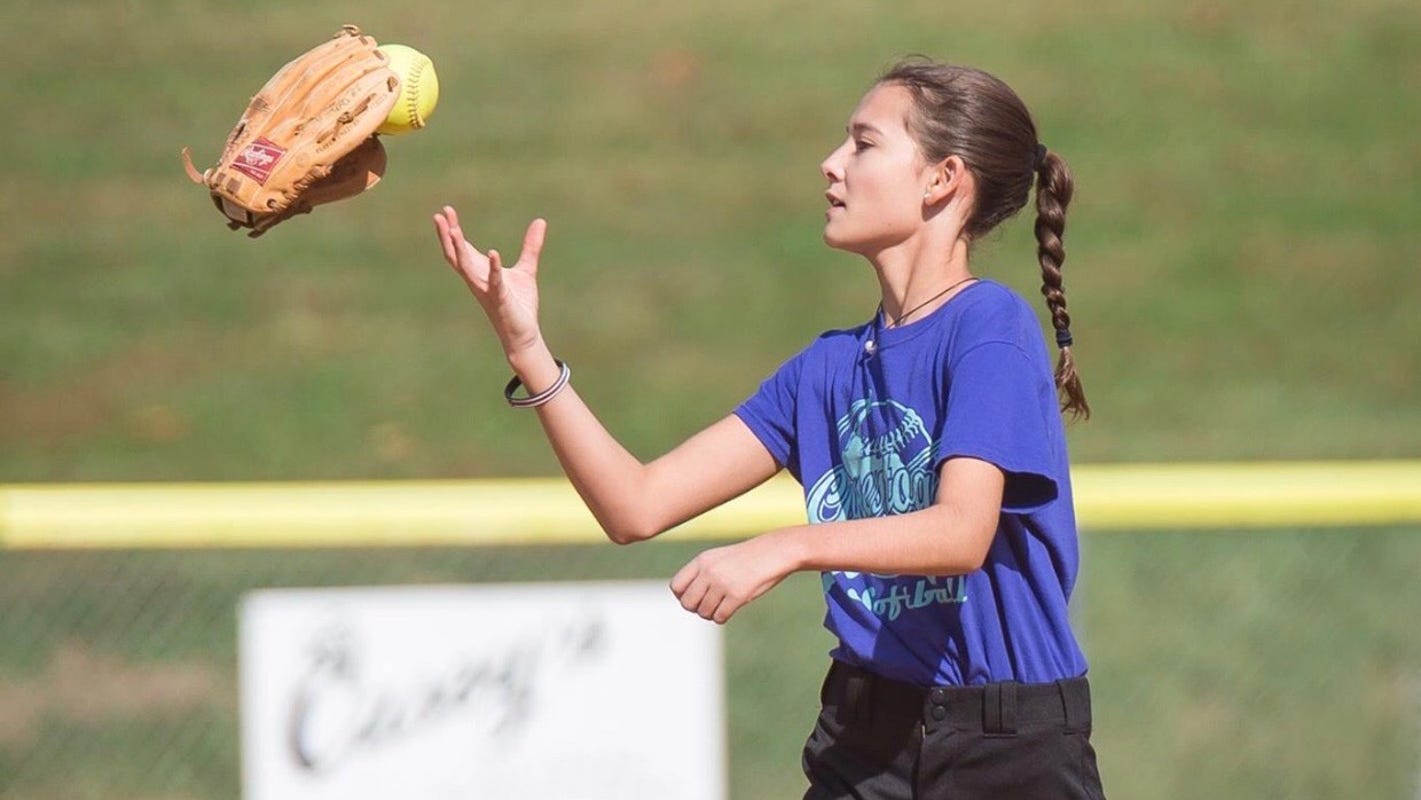 Sir Nick Faldo discusses the special relationship between the late Arnold Palmer and Jack Nicklaus. Here are career accomplishments from these golf legends.

Leslie Gudel and her kids got in her car when she saw the tweet. Gudel shireked.

Gudel was talking — or exclaiming — to her 16-year-old daughter, Kendall Kemm, who had gone viral. Gudel had posted a video to her Twitter account of a session at the golf range Sunday in which Kemm is seen drawing through her backswing with just one arm, her right, and piping a shot straight down the fairway. Gudel is heard off-camera, rather impressed.

Kendall Kemm, who lost the use of her left arm after undergoing treatment for a brain arteriovenous malformation, gets ready to throw a softball. (Photo: Courtsey of the Kemm family)

Kemm lost the use of her left hand after undergoing radiation treatment for a brain arteriovenous malformation (AVM), a rare condition in which there is a tangle of abnormal blood vessels connecting arteries in the brain. This was just the second time Kemm had gone back to a golf range in five years; she had taken a lesson last week and then went Sunday to hit some balls, when Gudel turned on the camera.

Five years ago my daughter, Kendall, lost use of her left hand after having radiation to treat her brain #AVM. Last week she embraced the idea of learning to play one-handed & had her first lesson. It will take some time but she’s on her way #proudmom#resiliency#avmsurvivorpic.twitter.com/gOBtxmomq5

After the video took off, someone tagged golfer Nick Faldo, winner of six major championships and three Masters Tournaments. Faldo was inspired, so he shared some tips.

“It’s crazy,” Kemm told USA TODAY Sports on Wednesday. “I’m used to my mom posting things on Twitter about me and my brother, but getting the reaction like this, it’s so cool cause I don’t like to say that I have an AVM or say that I can’t do things, because I don’t want to be different. Having people say these things is so nice and so fulfilling because I’m hoping I can inspire other people and they take action in their own lives with stuff like this. I love it.”

Kemm and her family started Kendall’s Crusade, a foundation that raises awareness of AVMs and provides donations that go towards research and patient funds.

Kemm first fell in love with golf six years ago, but it would be four months after she first set foot on a golf course that she would have what her family thought was her first stroke, on Oct. 25, 2014. Kemm’s family later found out she had two previous ones. Kemm suffered another over the holidays this past year, but Gudel said it was “very minor” and “didn’t do any damage.”

Kemm left golf for several years as she underwent her treatment.

Gudel said that Kemm remains at risk of having another stroke, but that her condition has improved significantly, so much so that sports are very much back in the picture.

Once she recovered enough to play, Kemm took up softball and enjoyed it, but found that the speed of the game became a little too fast to play with one arm.

Two years ago, Kemm also threw out the first pitch before a Major League Baseball game at Progressive Field in Cleveland, after it was revealed that Cleveland pitcher Josh Tomlin’s father had an AVM.

Seeing things like this makes me realize how small my problems with my injury are and how thankful I am to still be able to compete at a high level https://t.co/HTlJW30EBK

GOOD SPORTS NEWSLETTER: The people, plays and sports stories that made our week. Sign up here.

With softball no longer viable and since Kemm has always loved sports and had been looking for an outlet to engage her athleticism, Gudel asked her daughter recently if she’d be interested in going back to golf. Kemm did not hesitate.

“That’s my message to her as a mom, ‘OK, what do you want to do?’” Gudel told USA TODAY Sports. “She wants to be normal, you know? Quote-unquote normal. She’s a teenage girl. She doesn’t feel so normal a lot of times. It is hard for her with that hand, she’s embarrassed by it sometimes. To have a sport for her that she can carry on and she can feel normal in is so great. We try not to look at these things as obstacles. We try to look at them as opportunities.”

On Wednesday, Kemm took another golf lesson. For the time being, she plans on continuing to play golf, above all else, for one reason: she’s not quite satisfied.

“Everybody keeps telling me, ‘Oh, you’re doing golf, that’s great,’” Kemm said before she returned to the range. “I keep telling them: ‘One lesson. One lesson.’ I’ve just had one lesson. But I want to keep sticking with it and getting better because I know that there is potential for me to get better. Cause I know myself and I know this isn’t the best that I can do.”