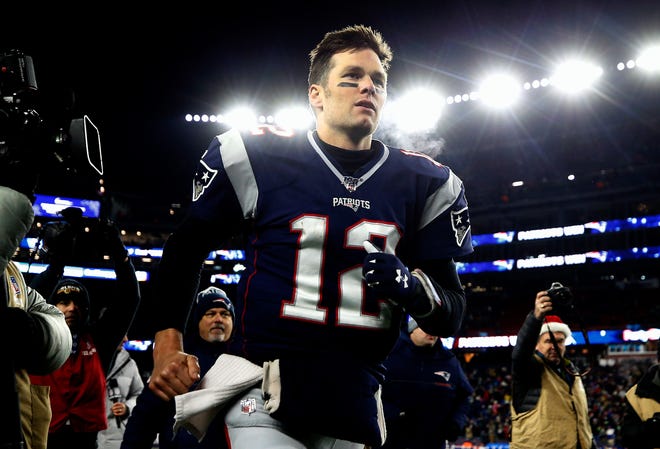 
If you’re a Dallas Cowboys fan who jumped on the sign-Tom-Brady-for-one-year bandwagon, you’d better check the tire pressure.

Look, Dak Prescott isn’t going to retire with six Super Bowl rings like Tommy Boy will, but it would be foolish to make him the black sheep by bringing in a soon-to-be 43-year-old whose best years are well behind him.

Remember, you wouldn’t be getting Brady Classic, but what’s left of Brady.

Cowboys legend Michael Irvin said Friday on a radio show that “some very significant people” told him during Super Bowl week that they would be interested in signing Brady while putting the franchise tag on Prescott, but then cooled that thought a bit on NFL Network two days later when he said it wasn’t a member of the Cowboys organization.

Either way, signing Brady now would make little sense. Prescott, at 26, is in the prime stage of his career and is just as physically capable as Brady, albeit without Brady’s Hall of Fame credentials. Brady’s supporting cast in 2019 wasn’t nearly as talented as Dak’s, but he still missed on plenty of routine throws and posted a pedestrian passer rating of 88.0, his lowest in seven years.

Prescott had a 97.0 rating, which ranked seventh among starters with at least 400 pass attempts.

At this point, it’s all noise and if I’m Prescott’s people, I would be a little insulted that a long-term contract extension hasn’t been reached, especially with the talk of Super Bowl hero Patrick Mahomes commanding an annual salary in the $45 million range. There are reports circulating that Prescott will be franchised soon, which would likely close the door on a Brady cameo in Big D.

The guess here is Brady will either return to New England for a 21st season or open up 2020 as the new quarterback of the Las Vegas Raiders. Coach Jon Gruden has always been a fan and Derek Carr, despite pretty good numbers this past season, hasn’t emerged as a sure-fire franchise quarterback.