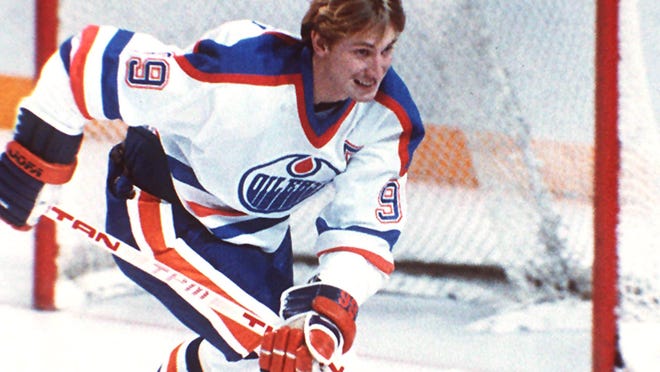 
Two weeks before the trade deadline, the Pittsburgh Penguins acquired a replacement for injured Jake Guentzel.

Guentzel was having an All-Star season before he was injured on Dec. 30 when he crashed into the boards in a game against the Ottawa Senators. He had shoulder surgery and the team said he would be out four to six months.

Zucker has 14 goals and 15 assists in 45 games this season. He has scored 20 or more goals four times, including 33 goals two seasons ago. The Penguins plan to play him in the top six, which will help his numbers.

He is signed for three seasons beyond this one, at a cap hit of $5.5 million.

“He’s a proven goal scorer, and with three more years on his current contract, he has the potential to make an impact for us moving forward,” Penguins general manager Jim Rutherford said.

Galchenyuk (17 points) has struggled since coming over in the offseason Phil Kessel trade and will be an unrestricted free agent this summer. He was a 30-goal scorer in 2015-16, but this is the third time he has been traded since 2018.

Addison is a point-a-game defenseman in junior hockey.

The Penguins had previously attempted to acquire Zucker last summer, but the reported deal fell apart when Kessel exercised a no-trade clause in his contract.

If the Penguins miss the playoffs, they have the option to push the first-round pick back to the 2021 draft.