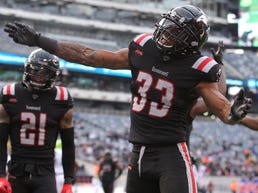 The 33-year-old said in December that he’d talk to his family and decide whether he would return. While age and an extensive injury history were factors in his decision, Lee stayed healthy enough to play in all 16 games in 2019, the first time in his career. He recorded 86 tackles, deflected four passes, and notched both his first solo sack and his first interception in years.

The combination gave Lee confidence he still could — and wants to — play.

The linebacker is set to become an unrestricted free agent in March, but it’s unclear if he will stay with the Cowboys.

Lee has played in 109 games for Dallas since the team drafted him in the second round (55th overall) in 2010. He’s raced to 782 tackles and 14 interceptions in that span.

Cowboys owner Jerry Jones said after Dallas’ Week 17 win that he was “very impressed” with the level Lee played at in 2019.

“And I want all of him I can get,” Jones added. “We’ve got a good base of players, and I don’t want to be trite when I say it, that includes Dak, that includes Amari, that includes Sean Lee, that we can have some great days with the Cowboys.”

Lee said he’d be “all in” once he decided if he wanted to play.

“Then we’ll make a decision on where I want to be,” Lee said Dec. 30. “But I know this: I love being here. I love that it’s a family atmosphere here, unbelievable players. It’s been a blessing to be here.”

Lee started at strongside linebacker alongside middle linebacker Jaylon Smith and weakside linebacker Leighton Vander Esch. Vander Esch, after a Pro Bowl rookie year in 2018, was sidelined seven games with spinal stenosis. He underwent surgery on his neck after the season. Will McClay, the Cowboys’ vice president of player personnel, said last month at the Senior Bowl he expects Vander Esch to be ready for training camp.

The Cowboys hired longtime Packers coach Mike McCarthy in January. McCarthy overhauled his staff on both sides, keeping just three members on a 20-person list and one defensive coach (assistant defensive line coach Leon Lett). McCarthy has said he’ll look to fit his scheme to talented players, rather than limit his personnel choices.

Lee took a pay cut to stay in Dallas in 2019, signing for $3.5 million with incentives reaching up to $7 million.

Lee amuses teammates on the sideline by drinking coffee out of an orange-and-green Gatorade squirt bottle during games.

“Sean got all of it put together: crazy, wild, you know good, bad,” receiver Michael Gallup told USA TODAY Sports. “Damn, works for that man. We’re glad it works, too. Keep drinking your coffee, Sean.”