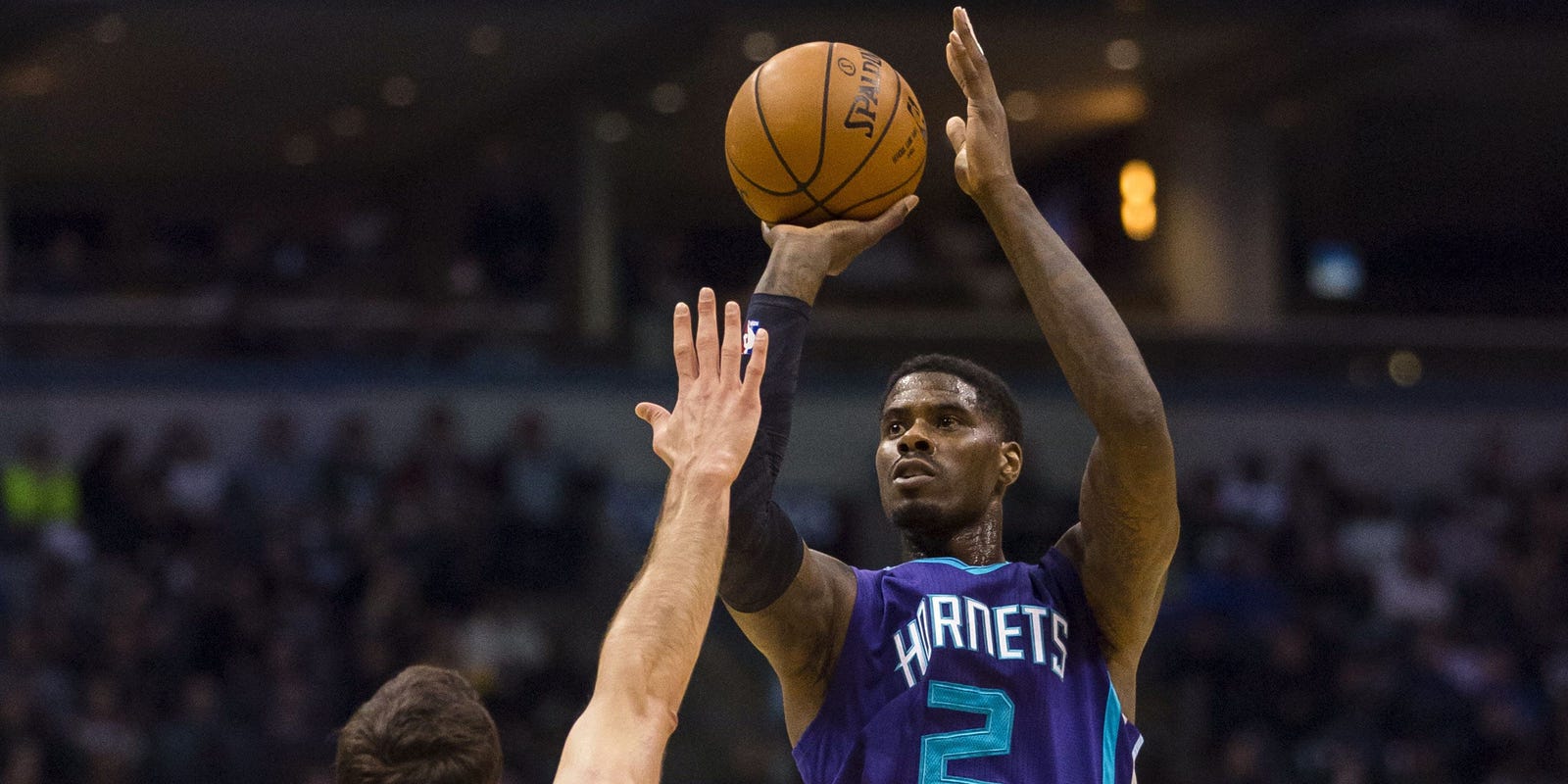 Marvin Williams reaches buyout with Hornets and will sign with Bucks

ORLANDO, Fla. – The Milwaukee Bucks opted to stand pat at the trade deadline, but that didn’t mean they were done making moves. In fact, their next transaction is already lined up less than two days after the trade deadline.

Veteran power forward Marvin Williams has reached a contract buyout with the Charlotte Hornets and when he clears waivers will sign with the Bucks. Since the Bucks have a full 15-man roster, they will waive seldom-used center Dragan Bender to make way for Williams, a league source told the Journal Sentinel on Saturday.

Bender, the No.4 overall pick in the 2016 draft who signed a minimum contract with Milwaukee over the summer, played just seven games for the Bucks while suiting up 13 times for the G League’s Wisconsin Herd. Only four of Bender’s Bucks appearances came as part of the regular rotation, coming when he filled in for Robin Lopez during a 10-day stretch in January as the team’s backup center.

He was likely never going to be an active member of the Bucks’ playoff rotation. Bender’s main value was as a cheap, long-term project. The Bucks were happy with Bender’s progress and often lauded his professional demeanor and work ethic, eventually guaranteeing Bender’s minimum salary for the rest of the season by keeping him on the roster after Jan. 10. They also had him on a team-friendly, non-guaranteed contract for 2020-’21.

If no one came available on the buyout market, Milwaukee may well have kept Bender.

“He’s been fabulous,” Bucks coach Mike Budenholzer said of Bender prior to Saturday’s game while declining to discuss any incomplete transactions. “He’s fit with us incredibly well. He’s taken everything we’ve asked him to do and doubled-down on it and he’s growing and developing. He’s got a bright future.”

But a player of Williams’ ability, someone who brings enough physical size, strength and shooting to play backup power forward minutes or capably be a small-ball center, certainly offers more immediate utility — and with the best record in the league, the Bucks are focused on winning now.

The addition of Williams will immediately raise the Bucks’ floor — and potentially their ceiling — heading into what they hope will be a deep playoff run. Milwaukee’s already-deep roster gained another piece that’s ready to plug-and-play, adding another frontcourt bench option alongside Ersan Ilyasova, Robin Lopez and D.J. Wilson.

Williams, in his 15th NBA season, is a strong rebounder at 6-foot-8, 237 pounds and is a career 36.2% three-point shooter who seems like an easy fit within Budenholzer’s system.

And if you feel like Williams’ solid career three-point shooting percentage is lower than you expected because he seemed to always torch the Bucks — you’re actually on to something. In 45 games, Williams shot a blistering 43.5% from long range against Milwaukee (57 of 131).

Williams averaged 6.7 points and 2.7 rebounds this season while shooting 37.6% from long range in 19.7 minutes per game for the Hornets. He could be waived as soon as Saturday and will need clear waivers — a 48-hour process — before he can freely sign with the Bucks.

“I’m happy for him because it will give him an opportunity to – you know, look, they’re capable of winning a championship,” said Orlando Magic coach Steve Clifford, who coached Williams in Charlotte for four seasons. “So, I’m happy for him and he’s the kind of guy that will play well for them. He’s a veteran player, he’s high IQ, he can really shoot, he knows when to take his shot and then defensively, in terms of team defense, he’s one of the best guys I’ve ever been around.”

There’s a reason why the Bucks didn’t make the move to bring in Williams before Thursday’s trade deadline. Williams’ $15 million salary for this season was too high for Milwaukee. The Bucks would have had to stack multiple contracts together to send to Charlotte in return, a price much too high for what could become a four-month rental.

Agreeing to a buyout with the Hornets gave Williams the opportunity to choose his next destination. It also cleared a path for the Bucks to gain his services, something they’ll do for a pro-rated, veteran-minimum salary for the remainder of the season which keeps them under the league’s luxury-tax threshold.

Williams joining the Bucks represents the first domino falling at the start of the league’s post-deadline buyout market. His former Hornets teammate, Kemba Walker, told local reporters Friday night he has been trying to recruit Williams to join the Boston Celtics for a month and was upset to hear Williams had elected to go to Milwaukee.

Kemba Walker’s reaction to Marvin Williams getting bought out and planning to sign with the Bucks: “Damn!” pic.twitter.com/pULuFlqrOW

In Charlotte, Williams’ former teammates only had positive things to say about him Saturday, something that helps illustrate why there’s a general sentiment that Williams will integrate well into Milwaukee’s harmonious locker room.

“The past six years I’ve probably spent more time with Marv than anyone else in my life just because there is so much time at the arena here,” Hornets center Cody Zeller said in a video provided by Rick Bonnell of the Charlotte Observer. “He’s just a great teammate. Obviously, we played a lot of minutes together over six years but also one of the best, nicest people in the league.”

The addition of Williams also provides an interesting latest chapter in Williams’ NBA story. In 2005, Williams and Andrew Bogut were the top two draft prospects when the Bucks had the No. 1 overall selection.

The Bucks worked out both players leading up to the draft, but opted to draft for Bogut while the Atlanta Hawks selected Williams with the second pick.

Now, 15 years later, Williams will join the Bucks hoping to be the difference-maker they need.

Ben Steele of the Journal Sentinel contributed to this report.

Our subscribers make this reporting possible. Please consider supporting local journalism by subscribing to the Journal Sentinel at jsonline.com/deal.