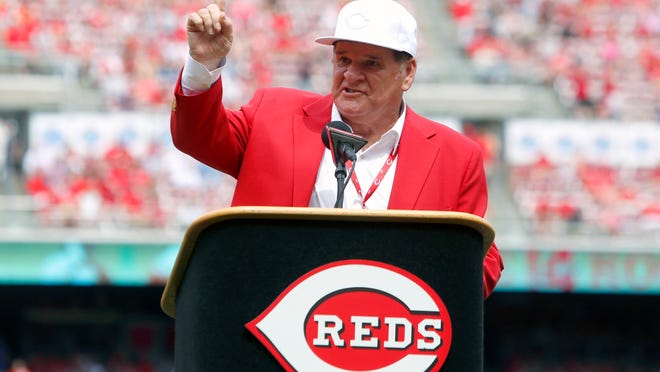 
Now that President Donald Trump’s impeachment trial has ended, he apparently has baseball on his mind.

Trump on Saturday tweeted that MLB’s all-time hits leader, Pete Rose, should be in the Baseball Hall of Fame. Rose was banned from baseball in 1989 for gambling on games while he managed the Cincinnati Reds, but last week petitioned MLB commissioner Rob Manfred, arguing he should be reinstated.

Rose and his attorney contend that because no players involved in the Houston Astros cheating scandal are currently facing discipline, Rose’s reinstatement should be on the table.

Trump mentioned Rose’s gambling in his tweet but shrugged it off, writing, “He gambled, but only on his own team winning, and paid a decades long price. GET PETE ROSE INTO THE BASEBALL HALL OF FAME. It’s Time!”

Trump was active on Twitter all day Saturday, and by late afternoon, had sent 22 tweets and retweets on a variety of topics — from the impeachment trial, to a photo showing him with a noticeable tan line, to Rose.

Even with Trump’s support, Rose doesn’t appear likely to win his reinstatement battle. Manfred denied his petition in 2015, and Rose’s 2017 appeal to Hall of Fame officers was unsuccessful.