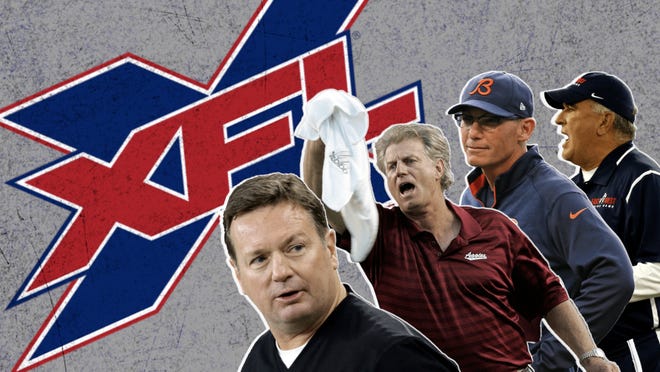 How rules differ from NFL, including shootout OT format


The ending of Sunday’s wild-card game between the Minnesota Vikings and New Orleans Saints prompted another wave of criticism for the NFL’s overtime rules, which allowed the Vikings to win without New Orleans even touching the ball.

Roughly 48 hours later, the XFL unveiled an alternative idea as part of its official rules.

The rules for startup league, which will kick off next month, will include several departures from how the game is played in the NFL. Among the most significant changes is a shootout-style overtime procedure, with teams getting up to five one-play possessions from the 5-yard line worth two points each. The teams will alternate plays until one team is mathematically eliminated.

XFL commissioner Oliver Luck said the intent of the rule is to create a fast, exciting overtime period while also allowing offensive and defensive players on both teams to play a role in the final outcome.

TOM BRADY’S NEXT STOP?:Six NFL teams stand out as landing spots if QB splits with Patriots

PANTHERS HAVE A NEW COACH:Baylor’s Matt Rhule to become next coach

“We think people will like it, based on the feedback that we’ve gotten from focus groups — and just sort of the general excitement around a hockey shootout, which is different but somewhat similar. Or a soccer shootout.”

Here are some of the other notable rules the XFL is revealing Tuesday, many of which had previously been floated by Luck or otherwise rumored.

Yes, this will officially be a thing in the XFL. The league is eliminating the traditional extra point and replacing it with a three-tiered PAT system:

The defense can also score on these plays, as well. So if Team B intercepts Team A on a 3-point attempt and returns it to the opposite end zone, Team B would get 3 points.

The XFL is trying to revive the kickoff, but also keep it safe, by mandating that blockers line up 5 yards across from each other. So instead of running downfield to cover a kickoff, the kickoff coverage unit will line up on the opposing 35-yard line. The kickoff return team will line up on the 30. Once the ball is caught or on the ground for three seconds, the two sides will be allowed to engage. The league hopes this will eliminate some of the high-speed collisions that have resulted from the running start in the NFL.

On punts, there’s a similarly significant change: If a punt travels into the end zone, it will be placed at the 35-yard line. If it sails out of bounds between the end zone and the 35, it will also be placed at the 35-yard line. So there won’t be any so-called coffin corner punts in the XFL. And the hope, generally, is that this rule will encourage coaches to more frequently go for it on fourth downs near midfield.

This has long been in the works, and it’s not quite as dramatic as it sounds. The gist of the rule is that a team can attempt two forward passes as long as both originate from behind the line of scrimmage, as opposed to the NFL rule that requires the first pass to travel backwards. This change is, in part, intended to open the door for more trick plays out of the shotgun.