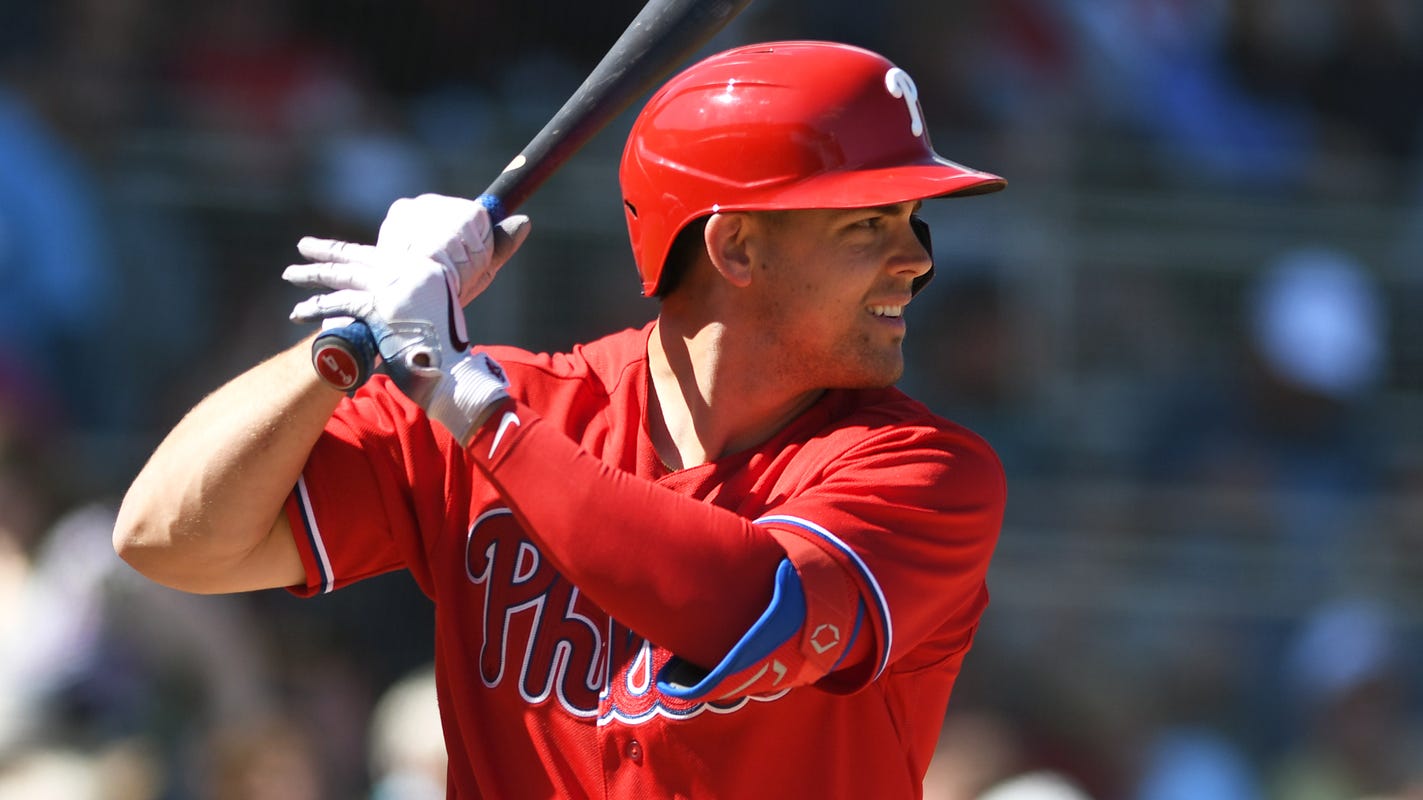 Scott Kingery first felt the symptoms of COVID-19 on June 11.

He’s still nowhere near ready to contribute to the Philadelphia Phillies.

That’s the message the 26-year-old third baseman imparted after a nearly monthlong battle with the virus – a struggle that included an inaccurate test, a draining bout with severe flu-like symptoms and an enduring concern about his long-term welfare.

Kingery was among a group of seven Phillies who were delayed in reporting to the team’s “summer camp,” though due to privacy concerns, the team did not confirm nor deny the health status of the group. Tuesday, general manager Matt Klentak announced Kingery and pitcher Tommy Hunter tested positive last month, while outfielder Mikie Mahtook tested positive upon intake testing in Philadelphia.

Tuesday, Kingery opted to tell his story to NBC Sports Philadelphia, detailing a hellish month that began with a cough at his home in Phoenix.

“I tried to play it off but it didn’t go away,” he told NBC Sports of the symptoms that began on a Thursday. “Saturday around 10 a.m., I got chills so bad I couldn’t move without my whole body shaking. That night, my fever spiked so high that I sweated through my sheets. It left an imprint of my body. My fever broke Sunday morning and I actually felt a little better. But then three or four days later, I lost my sense of taste and smell for a few days. That was really annoying.”

“For a week, I was so tired. Low energy. Fatigue. Then I experienced shortness of breath for a week. I felt like I laid on the couch for three weeks without moving. I was tired just going up the stairs.”

Kingery, 26, is one of nearly 40 major league players publicly identified to test positive for the coronavirus before or on their way into camps as Major League Baseball aims to launch a 60-game season beginning July 23.

According to data collected by USA TODAY Sports, 16 teams have at least one player who has been identified as testing positive, while at least two other teams have acknowledged positive tests without the player self-identifying.

Tuesday, two left-handed pitchers – Jesus Luzardo of the Oakland Athletics and Eduardo Rodriguez of the Boston Red Sox – were reported to test positive, which at the least will probably prevent them from starting the season on the active roster.

Kingery, like Atlanta Braves All-Star first baseman Freddie Freeman, provides a cautionary note that the virus that has killed more than 130,000 Americans is not like any other injury, even for elite athletes.

He told NBC Sports someone among a group of ballplayers with whom he worked out in Arizona tested positive and Kingery got tested at an urgent care facility. Five days later, and in the throes of the aforementioned fever, he still didn’t have his result; he eventually called and was told it was negative.

The Phillies shipped him a test kit and this test turned up positive. He recently tested negative for the virus and must pass one more test before joining his teammates in Philadelphia.

As MLB struggles to meet the health and testing protocols it laid out to stage this season, Kingery understands why the precautions are so detailed – because the consequences are significant.

“I want people to know this is not a two-week thing if you get it,” he told NBC Sports. “You’re not supposed to do any physical activity for 10 to 14 days after a positive test. That could be a month. That’s a huge part of the season so you don’t want to get it. You have to take the precautions and protocols seriously.”