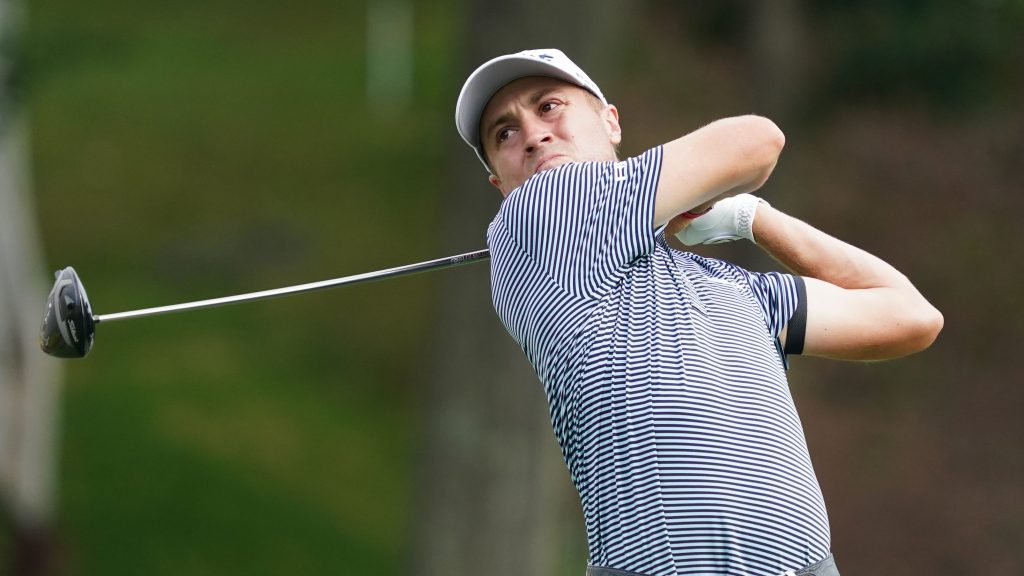 Justin Thomas trying to get a handle on Muirfield Village

DUBLIN, Ohio – Justin Thomas has a strange case of the Jekyll and Hyde thing going on at Muirfield Village Golf Club.

We’re talking about the No. 5 player in the world who won the 2017 PGA Championship and the FedEx Cup and was the PGA Tour Player of the Year. Is just one of four players to win five times, including a major, in one PGA Tour season before his 25th birthday, the others being Nicklaus, Tiger Woods and Jordan Spieth. He’s been No. 1 in the world.

At 26, he’s won 12 Tour titles, including two this season in the CJ Cup at Nine Bridges and the Sentry Tournament of Champions.

But Thomas can’t get a consistent grip on Muirfield.

“There’s obviously some things that I need to figure out about this golf course and things I need to do better,” Thomas said Tuesday at his sometime nemesis.

He hopes he gets things ironed out quickly as the course first hosts this week’s Workday Charity Open and then next week’s Memorial.

Adding to his 7,500-yard equation is the fact the course will play much differently this week than next in an effort to relieve stress on the course that will bear nearly 800 rounds the next two weeks. That means Workday will feature slower green speeds (around 11 on the Stimpmeter) which will allow for new pin placements, some never seen before; shorter rough (3½ inches); and multiple tee boxes.

“I’m taking these practice days probably a little bit more seriously and trying to figure out why I haven’t done as well those years,” Thomas said. “Obviously not playing well is a big part to do with it, but I still feel my game is good enough where I should never miss a cut a couple times at a place that I feel fits my game like this one does.

“But I’m not going to go out there and spend six hours hitting from different places I’ve never hit before. I only have so much time in a day where I can be focused and pay attention and get a lot out of it. The important thing is I’ve played the course enough and I’ve hit it a lot of different places on this course before to where I know a lot of it for the most part, but I’ll just go check out some of the little changes here and there.”

Thomas tied for 10th in the Charles Schwab Challenge when the PGA Tour returned after a 13-week break because of COVID. The following week, he tied for eighth in the RBC Heritage, then missed the cut at The Travelers Championship.

“I didn’t really have many expectations coming into the first three events because I knew I was going to be rusty,” he said. “It was good to play some good golf. I just felt like I had just a bit of a bulky putter and I was disappointed to play so poorly at Travelers. But I just had a week off, got a little rest and tried to just enjoy the time off because I realized pretty quickly how much of a grind golf is, even without fans and all the adrenaline rush. It definitely wears on you, so it’s important to get your rest.

“I expect to play well and have a chance to win, but that being said, I need to get a little bit more comfortable and execute a lot better for that to happen for what’s happened in the past.”

When will fans be allowed back to PGA Tour events?