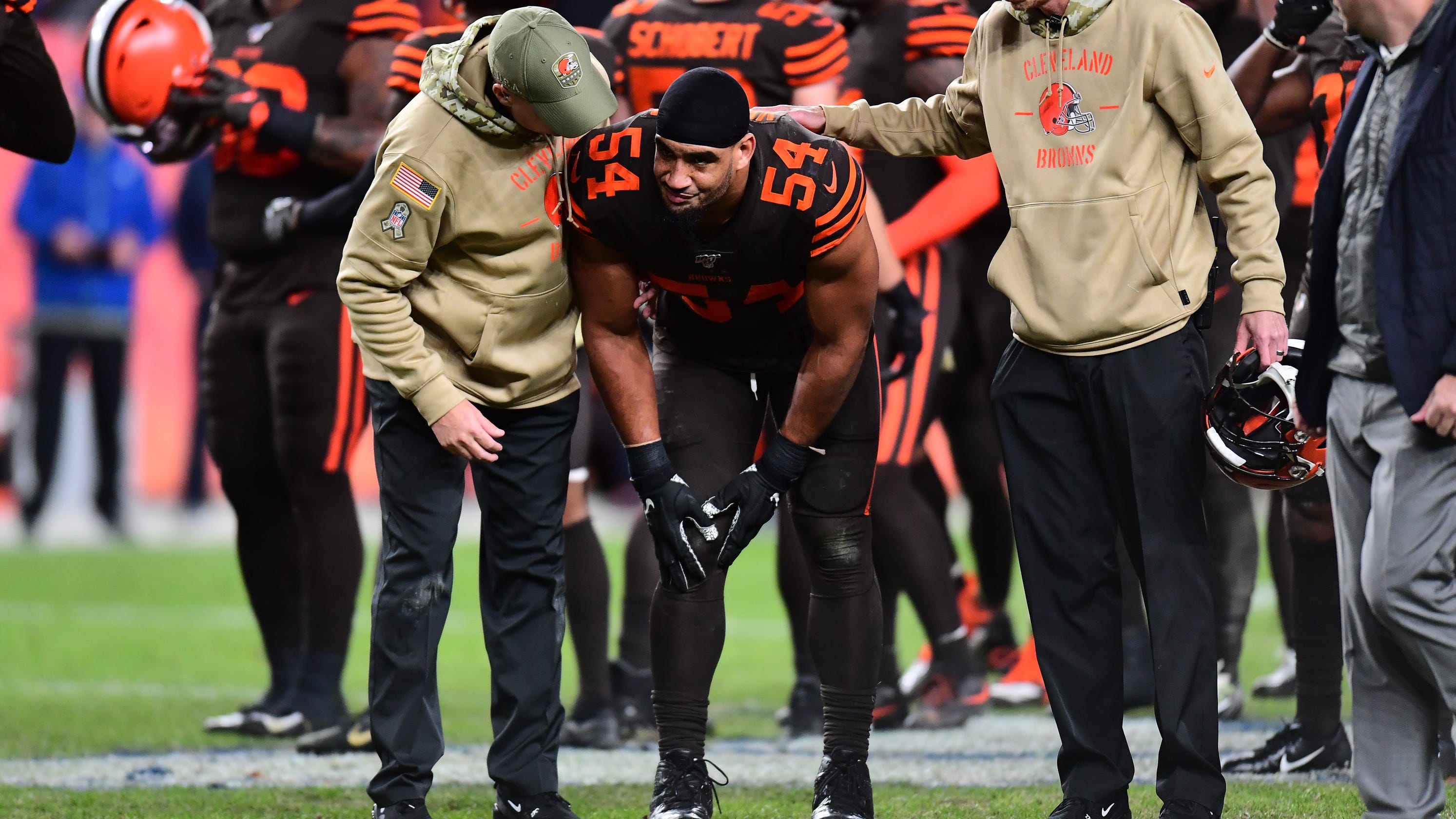 SportsPulse: NFL training camps are scheduled to start in just under a month. NFLPA Executive Director DeMaurice Smith lays out all the protocols and plans that need to be in place for camps to start on time.

General manager Andrew Berry backed up the claim he made in April about defensive end Olivier Vernon.

“He’s here and will continue to be here,” Berry said on April 25.

Vernon had been scheduled to make a team-high $15.5 million in salary and bonuses in 2020 before renegotiating a new deal for the final season of his contract.

Now his contract includes $11 million guaranteed (a $6.75 million salary, a $4 million signing bonus and a $250,000 workout bonus), plus another $2 million in incentives, a person familiar with the move told the USA TODAY Sports Network. The person spoke on condition of anonymity because they were not authorized to reveal terms of the move. The deal stipulates the Browns cannot use a franchise or transition tag on Vernon after the season when he’ll be scheduled to become an unrestricted free agent, the person said.

The Browns had expressed interest in signing Clowney this offseason to pair with defensive end Myles Garrett, and ESPN reported they actually presented Clowney with the most lucrative offer he had received from any team since free agency began in March. However, Clowney remains on the open market, and the Browns are positioned to roll with the tandem of Vernon and Garrett for another season.

Vernon had just 3 1/2 sacks in 10 games last year, but a sprained knee he suffered in Week 9 against the Denver Broncos sabotaged his first season with the Browns, who acquired him in a 2019 trade with the New York Giants for right guard Kevin Zeitler.

Vernon, 29, also had 26 tackles and a forced fumble in 2019. He tied for 35th among qualifying edge defenders in pass-rush productivity, according to ProFootballFocus.com.

Garrett tied for sixth in the same PFF category and had 10 sacks in 10 games before receiving a season-ending suspension for hitting Mason Rudolph over the head with the Pittsburgh Steelers quarterback’s helmet on Nov. 14. Berry began discussing a contract extension with Garrett’s camp in the spring.

Berry signed Adrian Clayborn in April to a two-year, $5.75 million contract, adding the veteran to the defensive end rotation behind starters Vernon and Garrett. Last season with the Atlanta Falcons, Clayborn played 15 games with one start and compiled 18 tackles, including four sacks, and two forced fumbles. He tied for 20th in pass-rush productivity, per PFF.

The Browns saved $4.5 million in salary-cap space by restructuring Vernon’s deal, according to spotrac.com.

On May 28, new Browns defensive coordinator Joe Woods said all indications were Vernon is healthy. Woods also praised Vernon for how he handled the team’s virtual offseason program amid the COVID-19 pandemic.

“All of my conversations have been good with him,” Woods said. “I get on the phone and talk to him personally. He’s ready to go. We just had an honest conversation, and he’s been great.

“He’s 100% attendance. In all the meetings, he has been there, and he’s speaking up. I know he has done really well on his tests. He scored 100% on a lot of them. I just think for him, he really wants to just come back this year, play healthy and just show everybody what he’s capable of doing.”