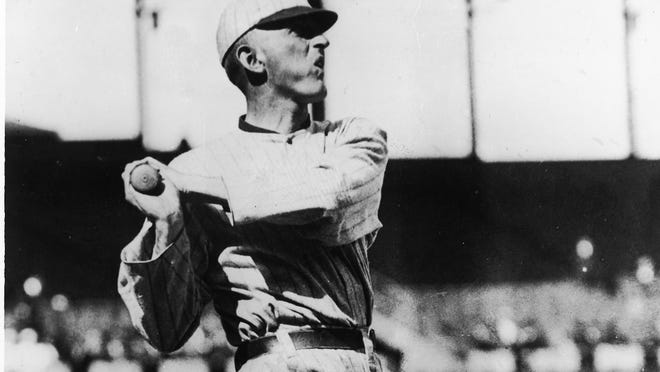 Astros sign stealing scheme was helped by ‘Codebreaker,’ per report


The Houston Astros’ sign-stealing scheme had its origins in an application created by the team’s front office, according to a report published Friday night by the Wall Street Journal.

Dubbed “Codebreaker,” the program was reportedly introduced to then-Astros general manager Jeff Luhnow in September 2016. With “Codebreaker,” baseball operations and video room staff observed other team’s signs and the subsequent pitch and entered that information into a Microsoft Excel spreadsheet during the game, with an algorithm eventually breaking down what each sign meant. This information was then relayed to batters.

Eventually, the relaying of the decoded signs morphed into the 2017 “banging scheme” — with players watching the game on a live monitor and banging on a trash can to indicate upcoming pitches — that led to the suspensions and eventual firings of Luhnow and manager A.J. Hinch.

According to the Wall Street Journal, “Codebreaker” was used during both home and away games into the 2018 season. The Astros won the World Series over the Los Angeles Dodgers in 2017.

Luhnow said he “adamantly denies knowledge” of the trash-can-based scheme at the time of his firing last month, but Friday’s report suggests at the very least he was aware of the existence of “Codebreaker,” though MLB, per the WSJ, could not determine if Luhnow 100% knew how the program was being used.

Still, MLB Commissioner Rob Manfred said in an early-January letter to Luhnow obtained by the Wall Street Journal that “there is more than sufficient evidence to support a conclusion that you knew — and overwhelming evidence that you should have known — that the Astros maintained a sign-stealing program that violated MLB’s rules.”