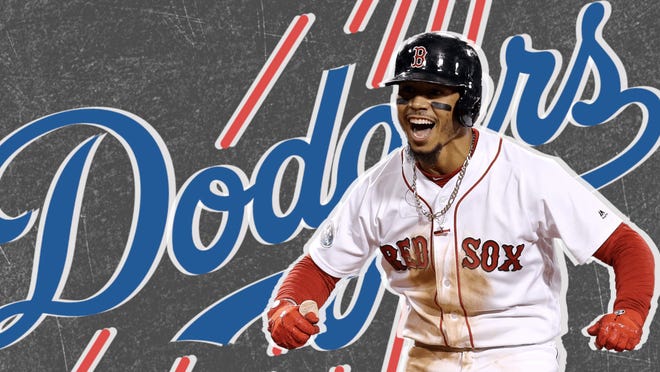 Red Sox expected to promote Ron Roenicke to be next manager


The Boston Red Sox, in one of the most tumultuous offseasons in franchise history, are expected to promote Ron Roenicke to be their manager for the upcoming 2020 season, according to a high-ranking baseball official with direct knowledge of the deal.

The official spoke to USA TODAY Sports on the condition of anonymity because it has not been finalized.

The Red Sox report for their first spring-training workout on Wednesday in Fort Myers, Florida.

The only hold-up to making the hiring official is awaiting the results of Major League Baseball’s investigation on whether the Red Sox were illegally stealing signs during the 2018 season, in which Roenicke was the bench coach for manager Alex Cora.

Yet two high-ranking officials involved in the investigation told USA TODAY Sports they believe that the Red Sox will receive no more than a light punishment, with little evidence of cheating. The officials spoke on the condition of anonymity because the punishment has yet to be announced.

Simply, there is no whistle-blower in this case like the Houston Astros’ situation with former pitcher Mike Fiers, telling The Athletic and later MLB investigators of the Astros’ elaborate scheme using live computer feeds. There are no known Red Sox players or former players who acknowledged that the Red Sox did anything illegal.

Commissioner Rob Manfred said Thursday at the owners’ meetings in Orlando, Florida, that their findings are expected to be released before the start of spring training.

The Red Sox also interviewed Arizona Diamondbacks bench coach Luis Urueta and Oakland Athletics control coach Mark Kotsay, but they are now out of the running. The only other known managerial candidate was Red Sox third-base coach Carlos Febles, who has been in the organization for 13 years, but has only been a major-league coach for one season.

Roenicke, 63, managed the Milwaukee Brewers for five years and has 21 years of major-league coaching experience. He also has coordinated the Red Sox’s spring-training camp the last two years.

Roenicke takes over a team undergoing tremendous upheaval with the firing of GM David Dombrowski in September and Cora in January, and the trade of Mookie Betts and David Price to the Los Angeles Dodgers, which is expected to soon be finalized.