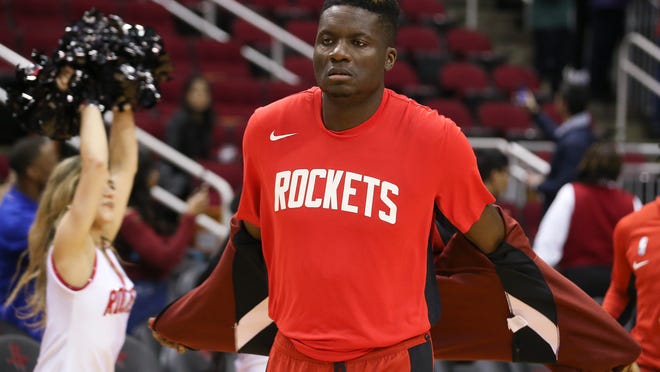 
The NBA trade deadline went just about as expected.

Several of the players teams were expected to trade were in fact traded.

And by and large, it was a quiet trade deadline period. There weren’t many blockbuster deals involving stars, and there was a good reason for that. Teams are trying to preserve cap space for the summer of 2021 when there could be some big-name free agents. They were unwilling to take on big-dollar contracts that could jeopardize their ability to spend that summer.

Miami Heat: The Heat traded for Iguodala and did it without giving up a draft pick and while reducing salary and keeping some salary cap flexibility. This puts the Heat in position to earn the No. 2 seed this season and get closer to competing for a championship. Miami didn’t have a lot of room to pull this off but surveyed the league and found the right team (Memphis) to complete the deal.

Golden State Warriors: The Warriors had to give up D’Angelo Russell but that was always a possibility once they traded for him last summer. They get Andrew Wiggins from Minnesota in return and will have to work with him so that he fits in when the Warriors are healthy. Golden State also received a 2021 first-round pick that could end up being a high lottery pick.

NBA TRADE TRACKER:Analysis on all the moves

Los Angeles Clippers: The Clippers have had an interest in Morris, and now he’s on the roster. He gives the Clippers another physical presence who can shoot 3s (43.9 percent this season). And almost as good as trading for Morris, the Clippers made sure he didn’t end up with the cross-town rival Los Angeles Lakers.

Los Angeles Lakers: They are losers with a caveat. They didn’t get Iguodala or Morris, and they wanted one of them. It’s even worse that the team they’re trying to beat in the West – the Los Angeles Clippers – landed Morris. With that said, the Lakers were not willing to give up too much nor did they have a lot to give up in a trade. So, it’s on to the buyout market for Lakers vice president of basketball operations Rob Pelinka.

Detroit Pistons: It’s easy to understand why the Pistons traded Drummond. They are a team looking to rebuild and trim salary for next season. Drummond’s $28.7 million option for 2020-21 forced Detroit’s hand. But for a two-time All-Star, one-time All-NBA performer and player who is a double-double in points and rebounds just about every game, the Pistons weren’t able to return a first-round pick.

Boston Celtics: Boston had interest in improving its front-court and 3-point shooting but weren’t able to make an upgrade before the deadline. Right now, the Celtics are in a tussle with Toronto and Miami for the No. 2-4 seeds in the East and did not do anything to help their cause.

Houston Rockets: Rockets general manager Daryl Morey went all-in on small ball by trading Clint Capela for Covington. It’s a calculated gamble and one Morey believed was necessary to have a chance of beating Utah, Denver and both Los Angeles teams. But the final assessment of this trade can’t be given until we see what the Rockets do in the postseason.

Philadelphia 76ers: Something isn’t right with the Sixers, and everyone knows it. General manager Elton Brand tried to do something by trading for Alec Burks and Glenn Robinson III, who can provide scoring and 3-point shooting. But will it be enough to save Philadelphia’s season?

Minnesota Timberwolves: The Timberwolves were another team that had to do something, and their sustained push to acquire Russell finally paid off. Now, let’s see if Russell and Karl-Anthony Towns can reverse the direction of this franchise.