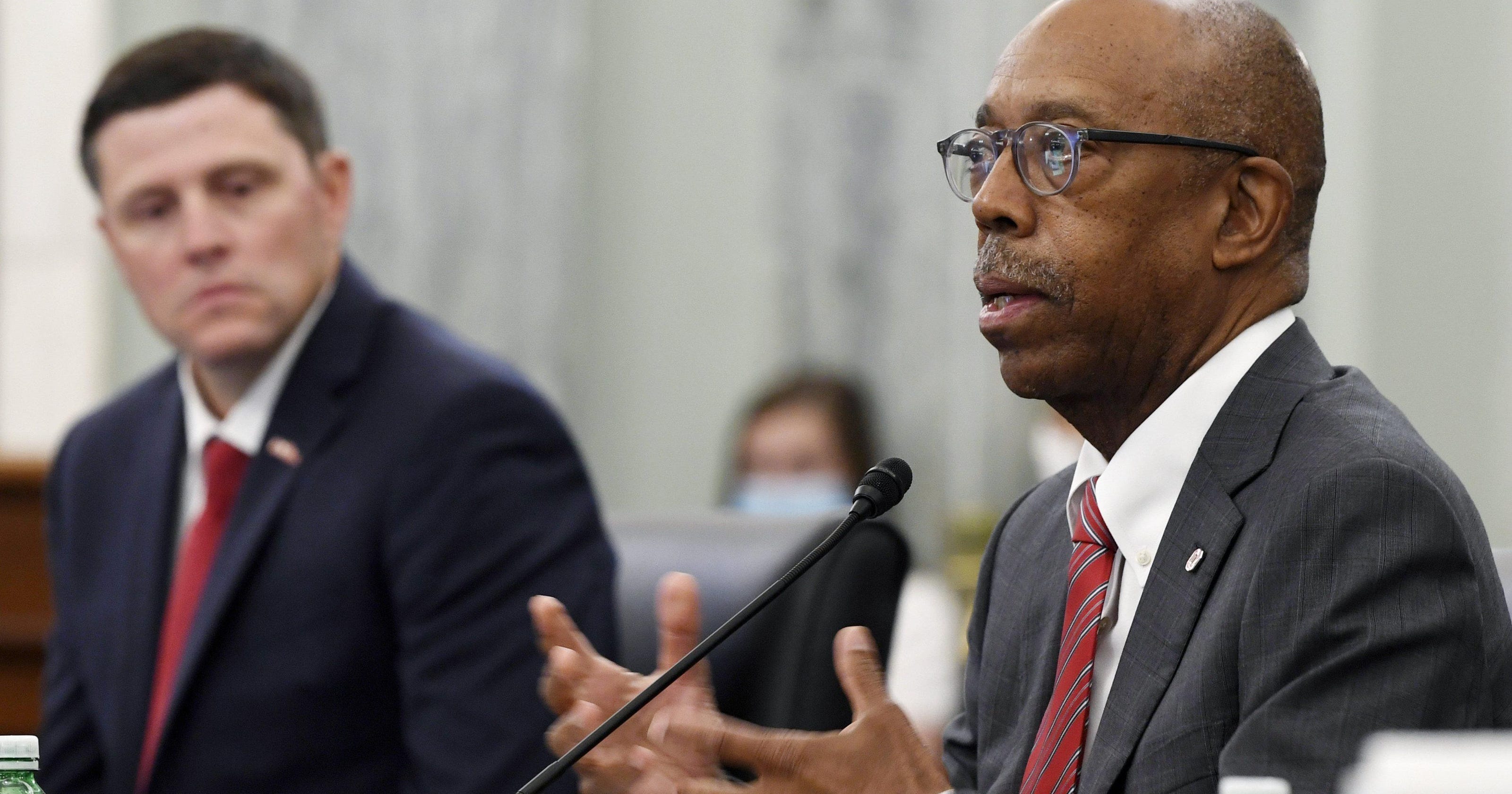 Some Michigan State athletes can return June 14 before mass COVID-19 tests are given the next day. Players need two negative tests to begin workouts.

The Big Ten currently is allowing its member schools to individually dictate how to handle coronavirus testing. But one former university president told a Senate committee Wednesday that could change.

As lawmakers in Washington debated name, image and likeness legislation during a hearing entitled “Exploring a Compensation Framework for Intercollegiate Athletes,” the conversation at times shifted to college sports’ response and plan this fall to address the COVID-19 pandemic.

Newly retired Ohio State University president Michael Drake, who also serves as the NCAA’s board of governors chairman, told the Committee on Commerce, Science, and Transportation that college sports leaders have considered universal guidelines for all athletic departments.

“This is under discussion actively on a daily basis, and we will be talking about this later on in this week,” Drake said, responding to a question from Sen. Jacky Rosen (D-Nev.). “I certainly support that.”

That is a shift from a statement provided to the Free Press late last week by Big Ten spokesman Adam Augustine.

“As a conference,” Augustine wrote via email Thursday, “we are of the belief that our member institutions are best equipped to determine the particular protocols followed on each campus in accordance with the most current and appropriate medical policies and procedures, and in abidance with local and state regulations to ensure the health, safety and wellness of our student-athletes, coaches and administrators.”

The NCAA has not issued guidelines for testing, and major college conferences have let their schools decide what to do since athletes began returning to campus in late May and early June.

Ramogi Huma, executive director of the National College Players Association and a former UCLA football player, believes a cohesive and consistent testing plan for the coronavirus is needed for sports to resume.

Ramogi Huma, executive director of the National College Players Association, is scheduled to meet with the NFLPA and members of Congress this week. (Photo: Matt Marton, USA TODAY Sports)

“The lack of standards is a threat to the very season itself,” Huma said by phone Tuesday. “Colleges are so used to not wanting health and safety enforcement that they’re not seeing that they’re going to get in their own way. What happens if School A is doing everything right and maybe people are healthy enough to play, but School B has to cancel because they’re just kind of winging it with no enforcement, where somebody wasn’t making the decisions on the medical staff, for instance?

Both Michigan and Michigan State have athletes who have tested positive for COVID-19.

That has not minimized concern. The parents of Michigan defensive tackle Chris Hinton — former NFL player Christopher and retired lawyer Mya Hinton — told the Washington Post late last week that they formed an advocacy group called College Football Parents 24/7 because of their concerns about the coronavirus.

Their fears rose in late May when they learned the NCAA had not enacted a universal testing policy.

“The reality is, the whole reason we’re having this conversation is money. These football programs, especially in the Power Five (conferences), fund the majority of the other sports and the majority of everyone’s salaries,” Mya Hinton told the Post. “There’s a ton of money involved here, and that’s not a secret.”

The Hintons told the Post they want to prevent schools from forcing athletes to sign waivers or pledges (as Ohio State did) that could allow universities and athletic departments to avoid being sued if they contract COVID-19 during workouts, practices or games.

On Wednesday, Rosen and Sen. Richard Blumenthal (D-Conn.) grilled Drake about Ohio State’s “Buckeye Pledge,” which Drake said was simply “to basically follow the good public guidelines” that he said “run parallel” to the CDC’s.

He and Blumenthal went back-and-forth, with Drake eventually saying he does not believe athletes would waive their rights by signing it.

“I’ll say that I don’t support a waiver an assumption of risk in a legal sense,” Drake said. “What we want to do is to make sure that people are behaving in a responsible fashion to protect themselves and their community.”

Neither Michigan State nor MichiganU-M required athletes to sign anything when they returned for voluntary workouts. However, senators brought up other schools, such as Tennessee, Missouri and SMU, having waivers that included more explicit language waiving school culpability.

Huma said he continues to field calls about the health and safety of athletes as plans to play football and other sports this fall progress. And his concern is growing.

“I feel for all the players that have to go through this, honestly,” he said. “Having been a player, I know you work so hard and year-round for years and years and years to have your opportunity, and then to have to face this. But it’s very hard to see how a season goes on under these conditions, in college especially.”