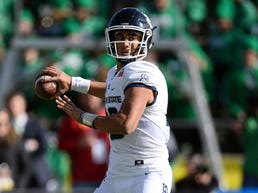 
MADISON, Wisc. — Erik Helland, who was in his seventh season as the strength and conditioning coach for the University of Wisconsin men’s basketball team, has resigned.

School officials made the announcement Thursday:

“UW Athletics administration was informed last weekend that Helland, while recounting a story from earlier in his NBA career, had used a racial epithet in the presence of multiple Wisconsin men’s basketball student-athletes.

“UW Athletics confirmed that assertion on Sunday. UW Athletics works to promote a safe and welcoming environment for its student-athletes and staff and the aforementioned language used does not align with the values of the athletic department, men’s basketball program or the university.”

The Journal Sentinel reported Thursday morning that Helland had been placed on administrative leave. He did not travel with the team to Minneapolis for Wisconsin’s Big Ten game Wednesday against rival Minnesota.

The Journal Sentinel reported Wednesday night that school officials are investigating an allegation that a racial epithet was used by a Wisconsin staffer.

Sources with access to the program told the Journal Sentinel the use of the epithet involved Kobe King, who recently announced he was leaving the team and planned to transfer.

Senior associate athletic director Justin Doherty would not confirm that and would only provide a statement to the Journal Sentinel.

“There is absolutely no place in UW athletics for the type of behavior being alleged.”

Doherty declined to offer any specifics.

He also declined Thursday morning to confirm whether school officials learned of the allegation from a member of the basketball team.

“After talking with my family and friends I have decided that the best step for my future basketball aspirations, as well as my love for the game, is to immediately step away from the University of Wisconsin men’s basketball program,” King wrote on his Instagram account. “This has been a very tough decision for me…however, after spending almost three years in the Wisconsin program I have realized that this program is not the right fit for me as a player and person.”

“I also want to thank our strength trainer Coach Helland and my academic advisors.”

Before joining Wisconsin, Helland worked on the staff of the Chicago Bulls starting in 1988. He was named the team’s head strength and conditioning coach in 2001 and served in that capacity until he joined Wisconsin.