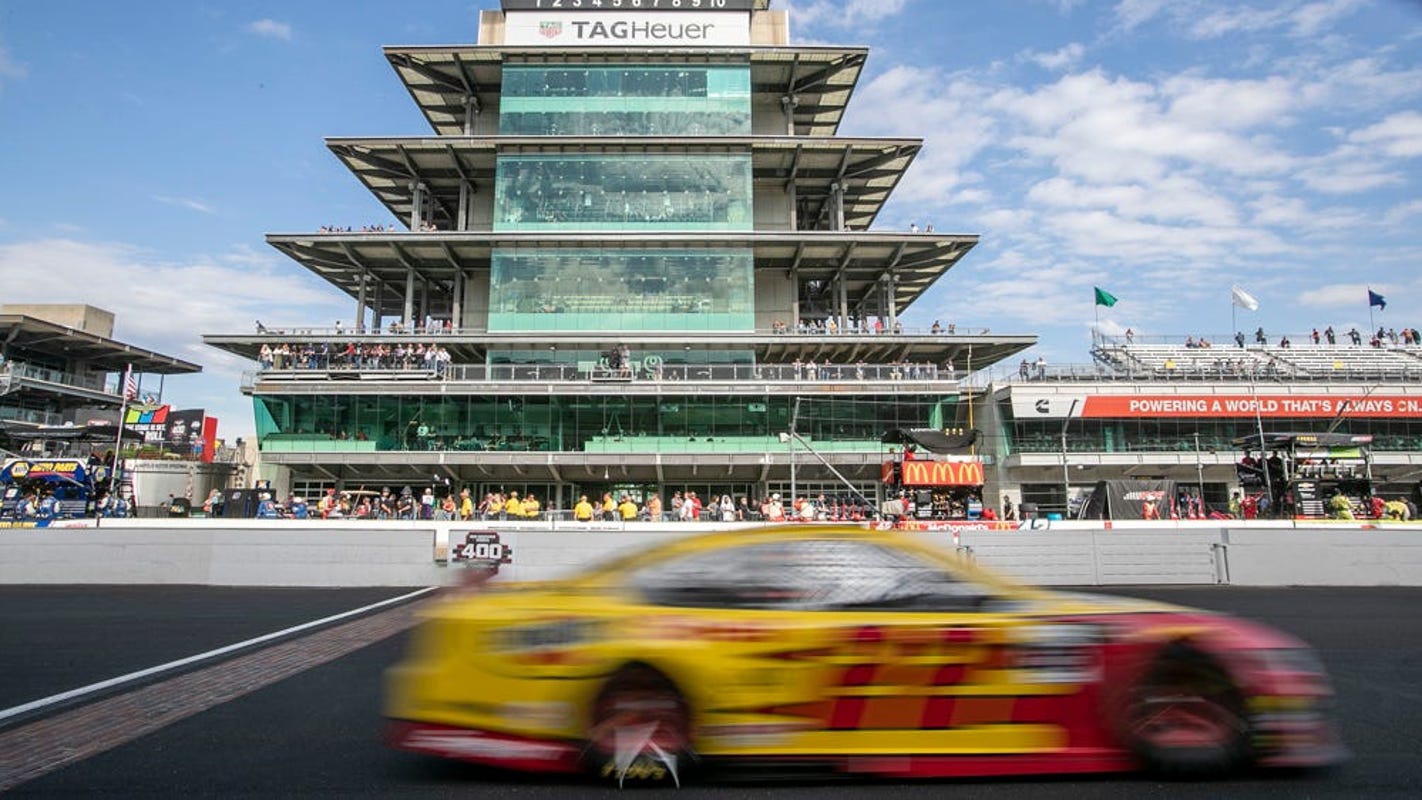 What to know as NASCAR heads to Indianapolis for July 4

Though the COVID-19 pandemic has thrown sports schedules into disarray, the Brickyard remains on its originally scheduled date. This year’s Brickyard is the first on Independence Day weekend. It was contested in early August or late July for its first 24 years, and in September the past two.

Because of Indiana’s response to COVID-19, Speedway officials couldn’t guarantee fan safety, so the race will be run to empty stands. The race also caps a weekend in which the top series of NASCAR and IndyCar will compete at the same track for the first time. IndyCar’s race is Saturday.

Denny Hamlin, driving the No. 11 Toyota for Joe Gibbs Racing, won Sunday’s race at Pocono. His four most recent starts: Win, fourth, second, win. He won the season-opening Daytona 500 and has a series-leading four victories in 15 starts this season.

Kevin Harvick, driving the No. 4 Ford for Stewart Haas Racing, had a terrific weekend at Pocono, winning Saturday and finishing runner-up Sunday. He has three wins this season and leads the championship race.

Ryan Blaney, driving the No. 12 Ford for Team Penske, stands second in the season standings. He won at Talladega two weekends ago, concluding a stretch that featured finishes of fourth, third, second and first.

It’s not that Chase Elliott is cold, but his results have varied wildly recently. Driving the No. 9 Chevrolet for Hendrick Motorsports, his most recent finishes are second, 38th, 25th and fourth. He has one win this year and is fourth in points.

Joey Logano won two of this year’s first four races, but has been on the wrong side of the field recently. In the No. 22 Ford for Team Penske, he has recent finishes of 27th, 17th, 36th and 24th. He has slipped to sixth in points.

Defending series champion Kyle Busch, driving the No. 19 Toyota for Joe Gibbs Racing, is winless this season and 11th in points. He has alternated between the top 10 and the back half of the field over his past six starts.

Jimmie Johnson is in his last full season, piloting the No. 48 Chevrolet for Hendrick Motorsports. The seven-time series and four-time Brickyard 400 champion has consistently been in the top half of the field this year, but he has rarely been a threat to pick up his first victory since 2017. His best finish in 2020 is third place at Bristol.

It has been a most eventful 2020 for Bubba Wallace, the Cup Series’ lone Black driver. He led a push to keep Confederate flags away from racetracks and has raced with #BlackLivesMatter adorning his No. 43 Chevrolet for Richard Petty Motorsports. Also, a rope fashioned into a noose was found in a garage housing his car at Talladega, though an investigation determined it wasn’t directed at him.

He finished a season-best sixth at Las Vegas in the second race of the season and has been around the middle of the field most of the year. He’s 21st in points.

SportsPulse: For The Win’s Michelle Martinelli was in attendance for the Daytona 500 and witnessed the horrific crash that left driver Ryan Newman in ‘serious condition’ at a nearby hospital.

Ryan Newman, the South Bend native and Purdue graduate who won the 2013 Brickyard 400, was involved in a frightening, fiery crash at the end of the season-opening Daytona 500. Though his life was not considered in danger, he was kept in a medically-induced coma. He walked out of the hospital holding his daughters’ hands a few days after the race.

Because of COVID-19 interruptions, he has missed just three races and returned to the No. 6 Ford for Roush Fenway Racing in mid-May.