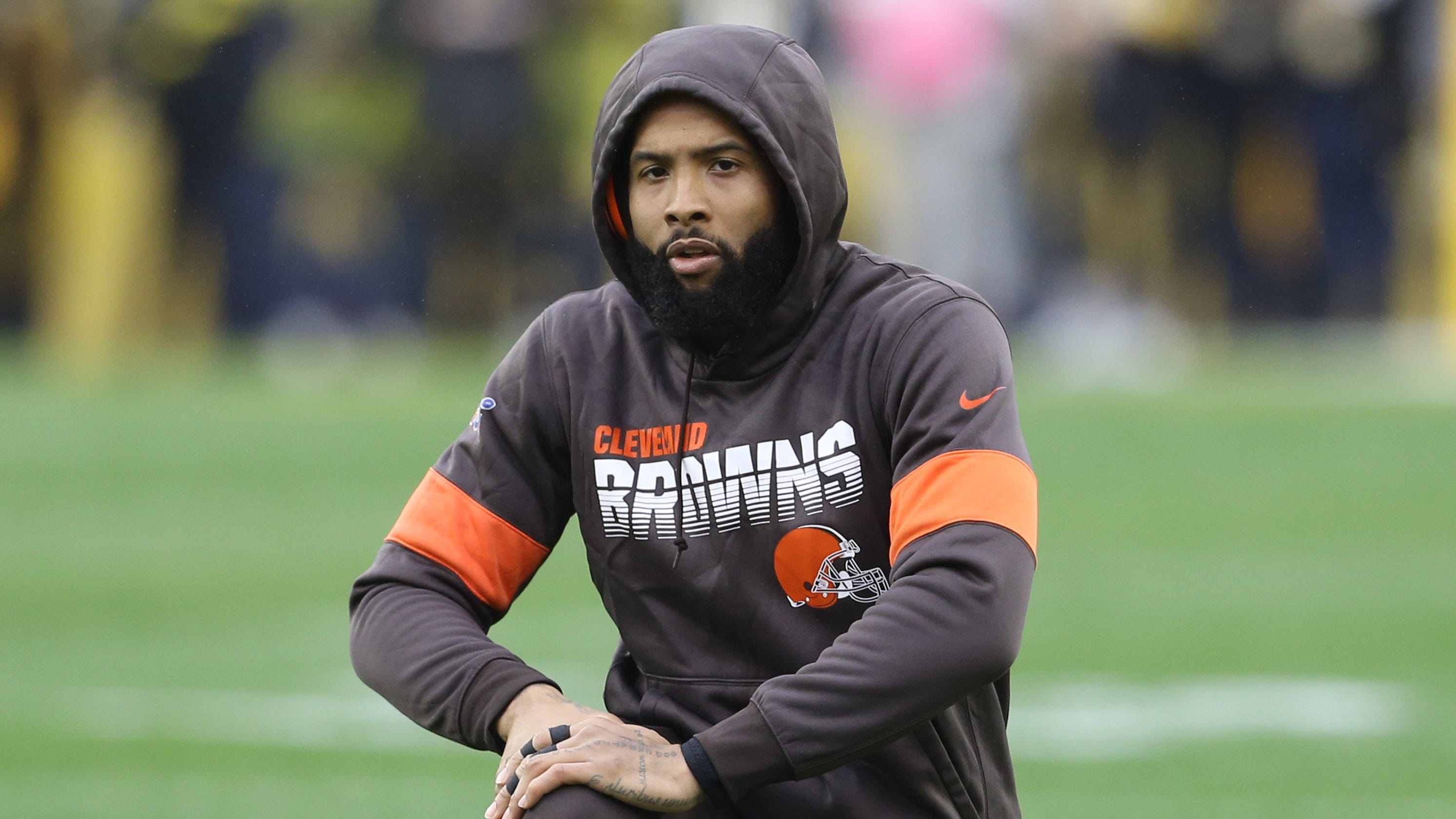 Odell Beckham Jr. and Cam Newton have trained together this offseason, so Newton agreeing to a one-year contract with New England on Sunday naturally sparked speculation Beckham will want the Browns to trade him to the Patriots.

Beckham, however, addressed the notion Monday night on Twitter by shooting it down twice.

Beckham responded by tweeting, “Lol no sir boss! But y’all got my brother, wishin nothin but the best and LUV.”

Los Angeles Dodger pitcher Alex Wood tweeted, ”@obj to the Patriots before the season is done. BANK IT!”

Beckham replied, “U can find me in The LAND homie! We got unfinished business.”

Lol no sir boss! But y’all got my brother , wishin nothin but the best and LUV https://t.co/7tGiuvxJsp

U can find me in The LAND homie! We got unfinished business https://t.co/sqnWRGwLGT

Whether it’s playful or serious, trade speculation always seems to follow Beckham, who arrived in Cleveland last year in a blockbuster deal with the New York Giants.

The idea Beckham could be one-and-done with the Browns ramped up late last season until the three-time Pro Bowl wide receiver declared on Dec. 18, “I’m not going anywhere. I’ll be here. We’re going to figure this thing out. It’s just too special to leave.”

Beckham didn’t achieve the individual or team success he had hoped for in his first season with the Browns, who went 6-10 in 2019 and made another regime change in the offseason.

He appeared in all 16 games while playing through a core muscle injury and caught 74 passes for 1,035 yards and four touchdowns on 133 targets.

Beckham, who’s under contract through the 2023 season, had surgery on Jan. 21. New Browns coach Kevin Stefanski said last week OBJ is “free and clear” and “100%” ready for training camp. Veterans are scheduled to report to camp on July 28, barring a delay related to the COVID-19 pandemic.

This much is certain: Beckham looked sharp as he ran routes and caught passes from Newton in a video the quarterback posted on Instagram on June 13. And Beckham renewed his commitment to the Browns on Monday instead of flirting with speculation about him uniting with the former NFL MVP under the guidance of Patriots coach Bill Belichick.